In case you missed it, Molly Marinara was adopted and went home on Saturday! She joins a family with two adult cats and a Pomeranian who thinks he’s a cat. The family sent pictures, and Molly already looks very much at home. (She is going to remain Molly Marinara.) You can scroll down to the last section for a collage of pictures of her in her new home.

Alfie Alfredo and Christopher Chutney are still at Petsmart waiting for their people to come along. Hopefully it won’t be long! 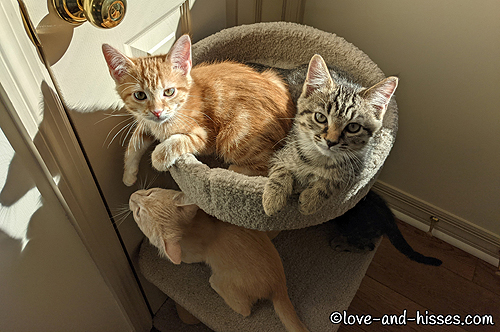 I put this little cat tree here temporarily, and the kittens found it pretty awesome. 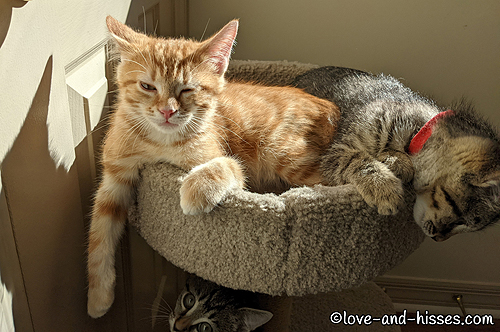 Getting some teenage attitude from Ozzy. 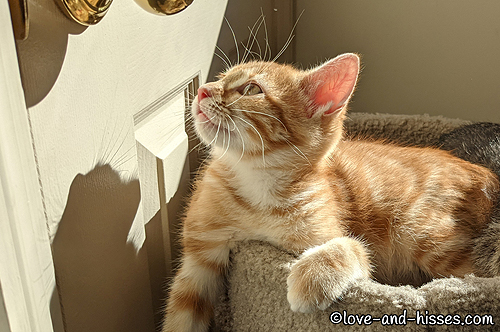 He was rather fond of that doorknob, probably because he could see his reflection in it. 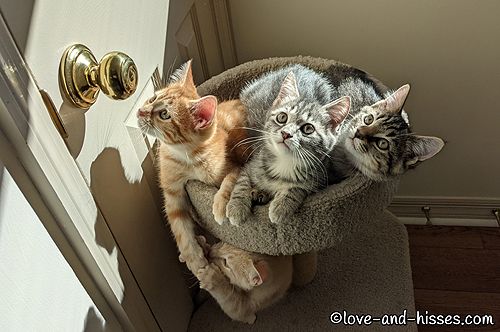 Ozzy, Carli and Barry in the top of the tree, with Sammy coming up from below.

That little tree isn’t big enough for all 6 of them, of course, so after I cleaned the room Saturday morning, I moved the awesome tree into the room. 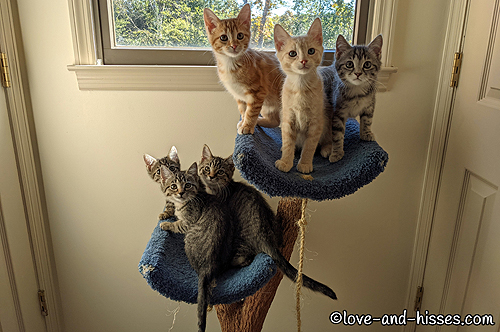 It’s been a hit, to say the least. 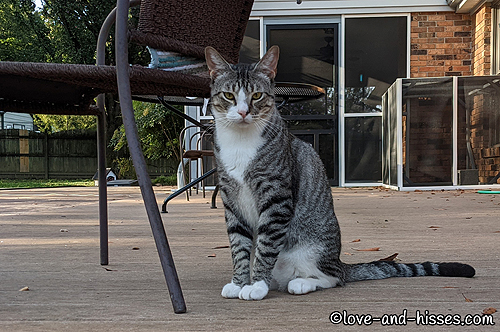 To continue the discussion on what Charlie’s genetic makeup might consist of, Heidi suggested that maybe Charlie’s part Savannah (a cross between domesticated cat and Serval). Naturally I had to go see what the breed characteristics of a Savannah are, and I’d say Charlie’s got the big ears, long neck and he’s tall. He’s super playful, super nosy, but he’s not actually all that talkative unless there’s something he wants that you’re not providing. So who knows? It’s not like it matters, really, it’s just interesting to think about. He might be part Savannah, he might not… I think we can all agree that there’s no doubt he’s 100% North Alabama Goober, though. 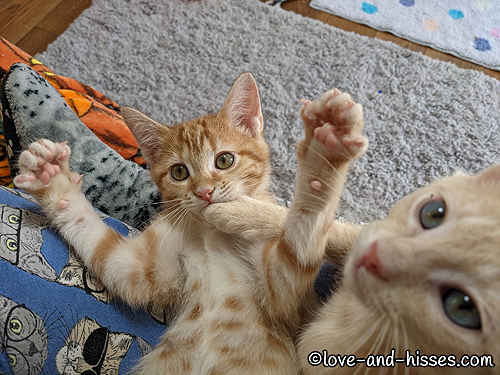 Not sure why Ozzy’s got Sammy’s paw in his mouth while he’s doing “Paws up, y’all!”, but whatever. You do you, Ozzy… and Sammy. 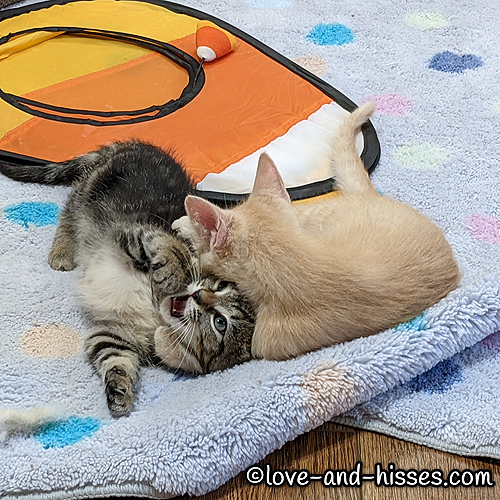 Nikki and Sammy have a tussle.

YouTube link
Another visit from Uncle Charlie. I love how they’re following him around with their tails in the air. 😻 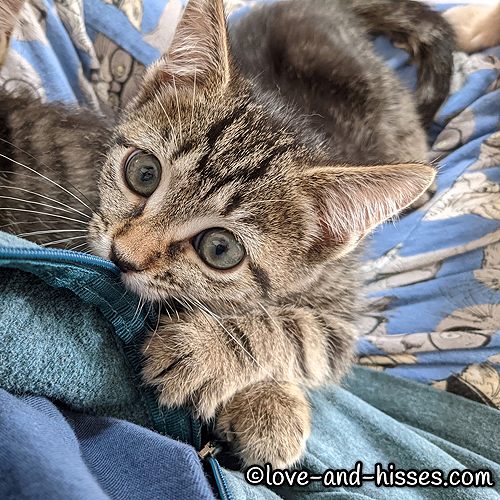 Quality Assurance Specialist Nikki checks to be sure my hoodie zipper is attached firmly. 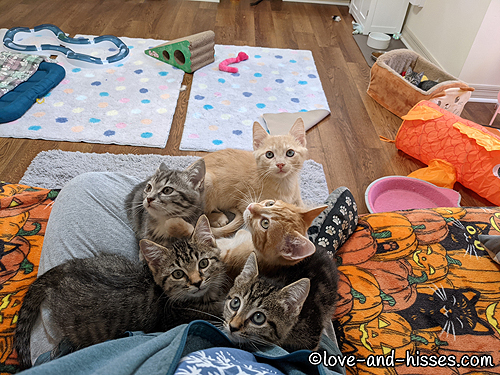 5 of the 6 in my lap… and Ruthy’s back there in the Toastycat bed. She doesn’t like to be in the middle of a crowd, it seems. 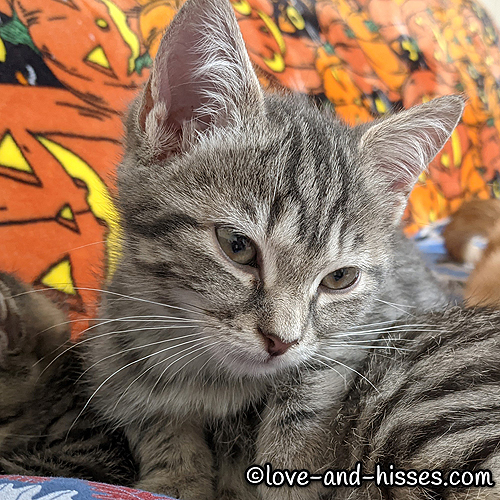 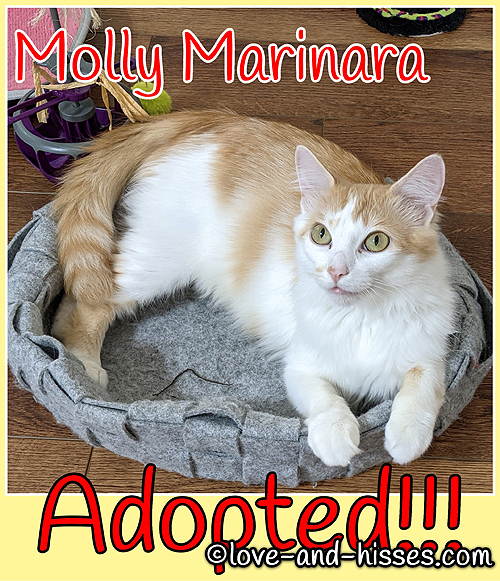 (Alfie Alfredo and Christopher Chutney are still at the Petsmart on University Drive here in Huntsville, Alabama, (they’re doing great), and are available for adoption.) 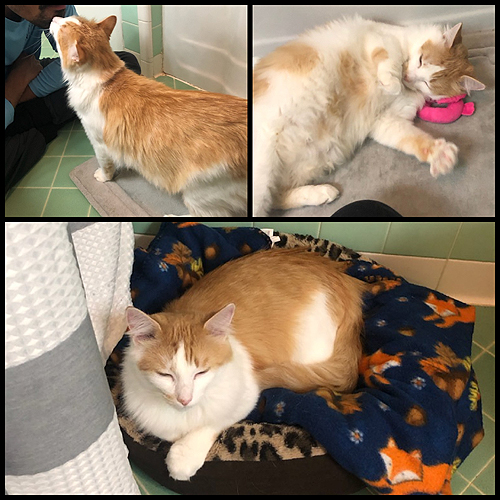 In case you missed it earlier, Molly Marinara – mama to the Dippers kittens – was adopted and went home this morning. She’s already made herself at home – she joins a family that includes two adult cats and a Pomeranian who thinks he’s a cat! 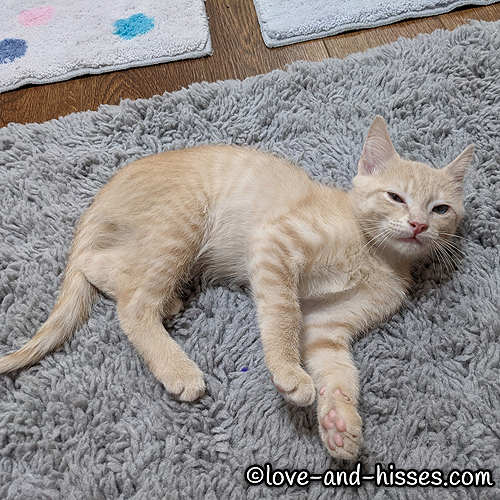 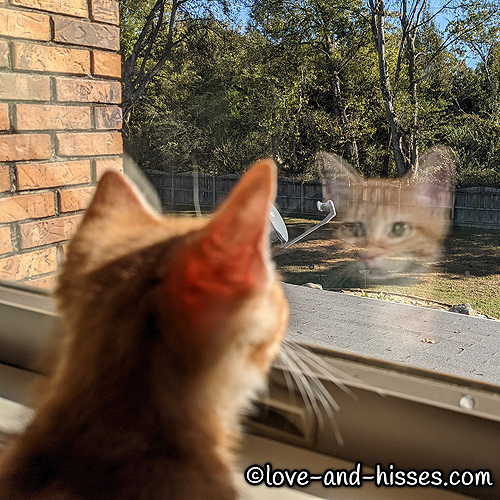 Ozzy keeps an eye on the back yard. 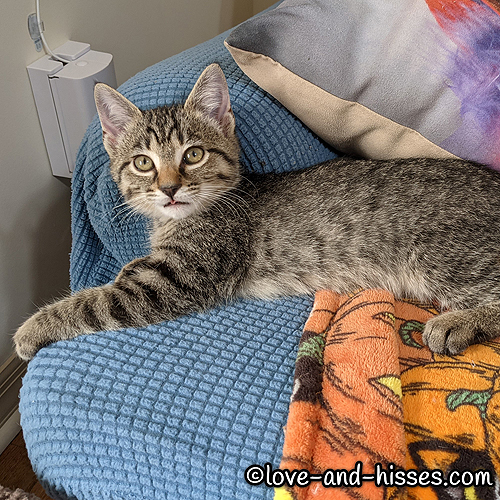 Ruthy and the tiny blep. 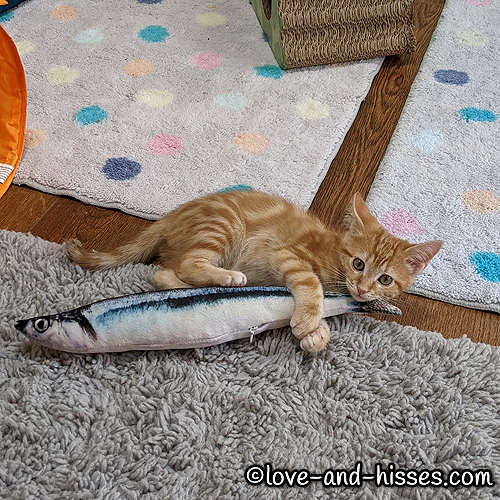 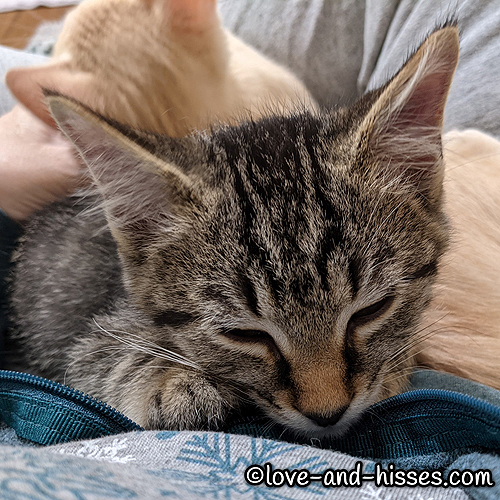