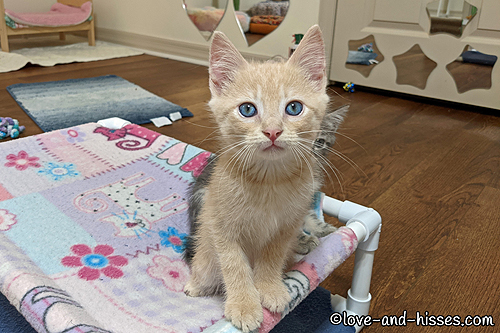 Sammy knows he’s gotta keep an eye on me. 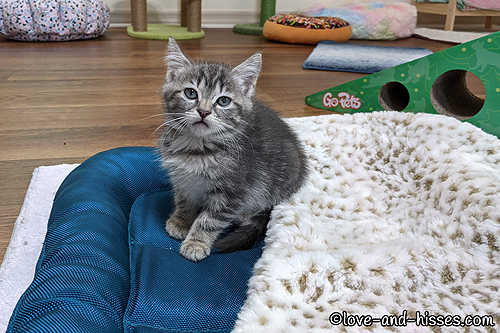 “I know I let you pet me yesterday. Today I am suspicious. I’m allowed to change my mind from day to day, lady!” 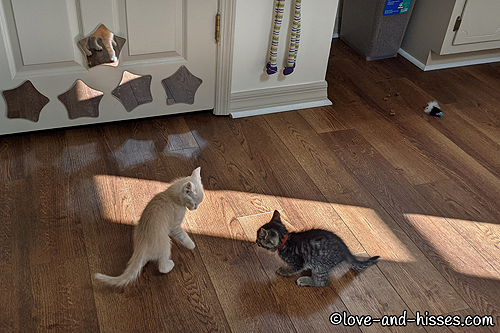 Sammy’s got the Ears of I Ain’t Foolin’ going on here. 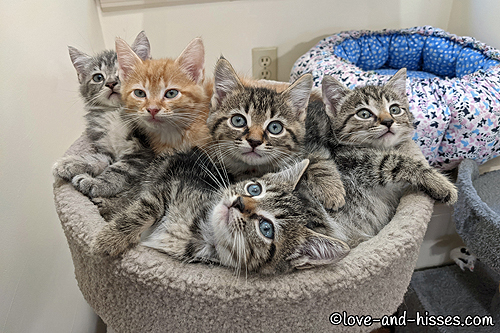 I’m not sure how much longer they’re going to be able to cram themselves into the top of this little cat tree. Sammy wants none of this nonsense; he was across the room on the couch, snoozing. 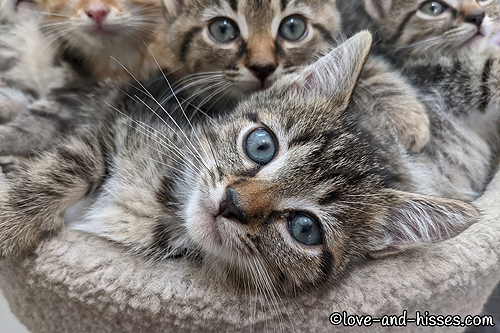 Nikki’s eyes aren’t actually quite that blue in person; they tend to photograph as more blue than they are. 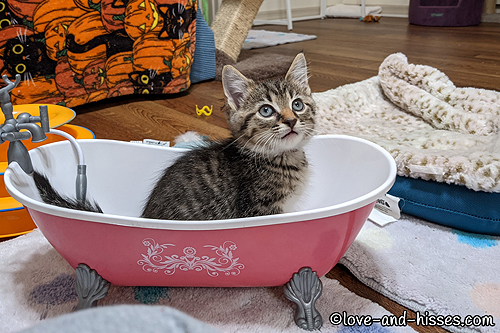 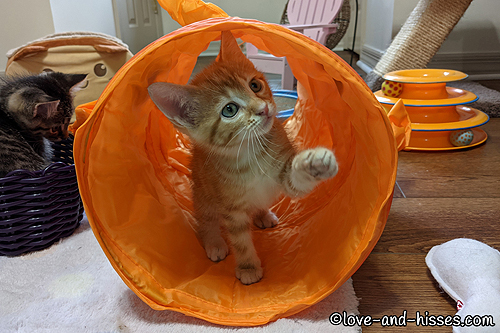 Ozzy considers his next step. (I got that little tunnel at Aldi last week. The tunnel we had in the kitten room had gotten pretty ragged, so it was time for a new one!)

A few people have asked how the kittens are doing without Maddy. They’re fine – they seem a little puzzled, as though something is missing and they’re not sure what it is, but for the most part they’re acting about the same. Maddy wasn’t really spending much time with the kittens recently – pretty much ignored them. She’d let them nurse occasionally, but she wasn’t producing much milk and she certainly wasn’t letting them nurse as much as they wanted to. 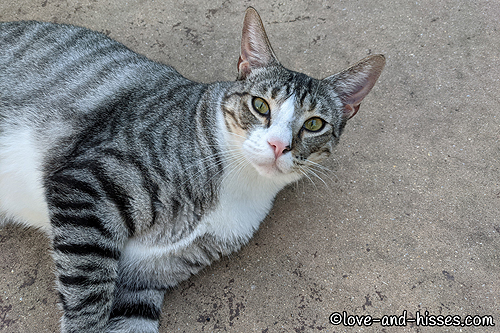 Oh, that Charlie. He is such a pretty boy! 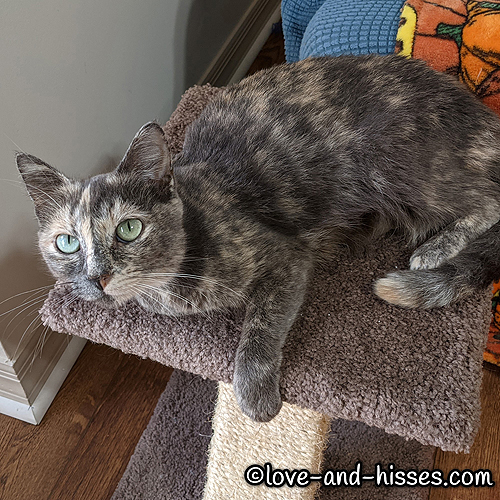 Last evening, I delivered Mama Maddy to Michelle’s house (Michelle is who I foster under). We like to keep kittens with their mama ’til at least 12 weeks old (these kittens are 10 weeks old as of yesterday), but Maddy was showing signs of stress, and I believe she was ready to be done being a mama. The kittens don’t seem to have noticed that she’s gone and are doing well. I will, of course, update y’all on Maddy if there are any updates to be shared. 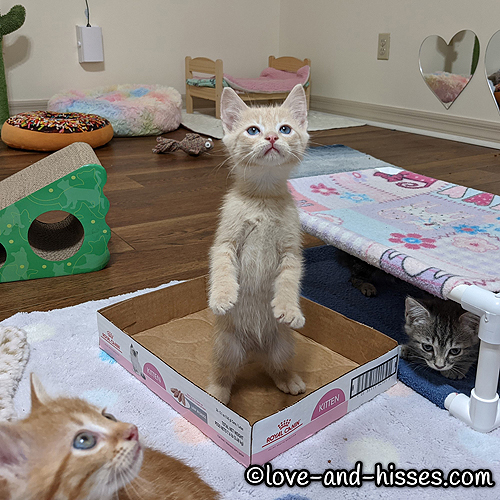 “I’ve got it! I’VE GOT IT!” announced Sammy Samarium.. but he didn’t get it. Better luck next time, Sammy.

That’s her on the scratcher⁠
That’s her in the spot-light⁠
Losing her suspicions⁠
Oh no, she’s purred toooo much⁠
(She hasn’t purred enough….) 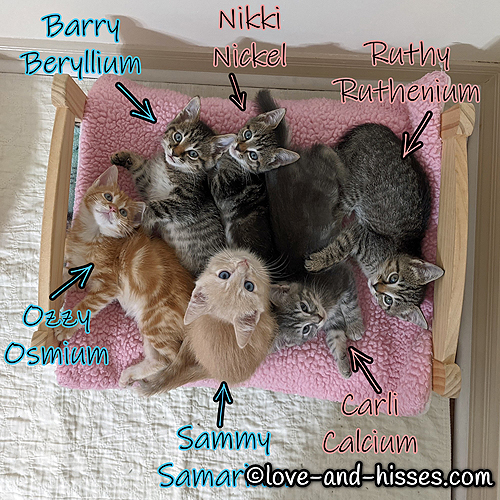 All 6 kittens in the doll bed! (Okay, okay, confession: Sammy was across the room in the crown bed. I picked him up and added him to the pile so I could get a shot of all 6 of them!)

YouTube link
Sleepy babies… and is Ozzy Da BAYbee? Maybe! (This video was made before Maddy went to Michelle’s house yesterday, obviously.) 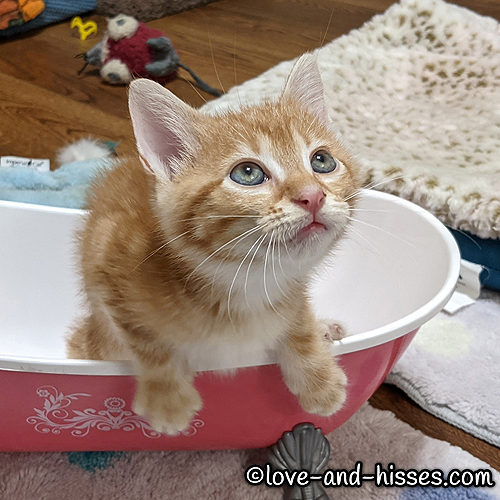 Ozzy and those Precious Moments eyes! (Looking up at the feather teaser, of course.) 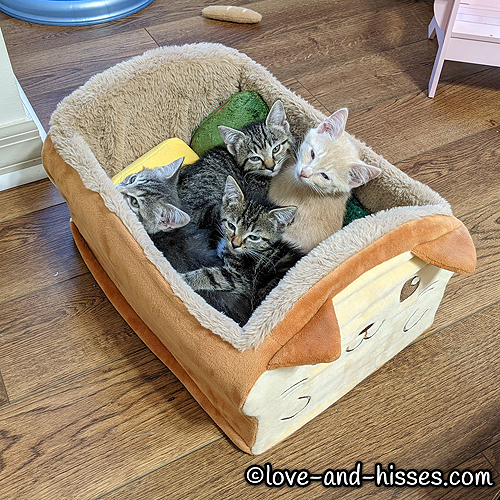