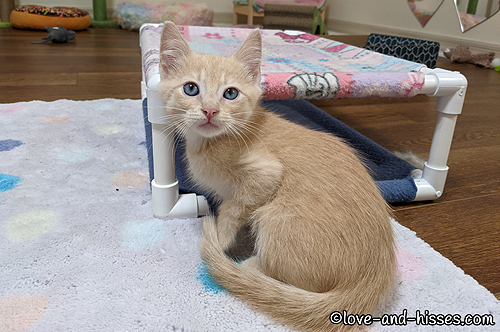 My goodness, that Sammy Samarium is one good looking boy. 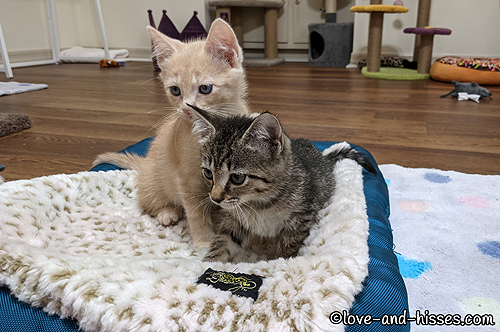 I don’t know what was going on over there, but it must’ve been something! 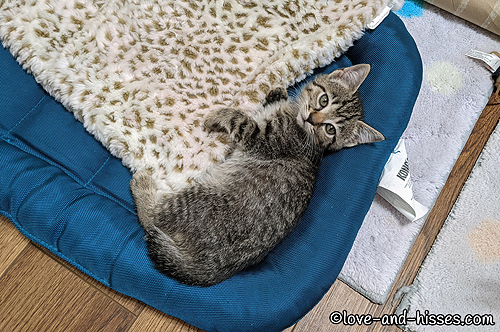 Ruthy’s all “You gonna gimme a belly rub, or what?” 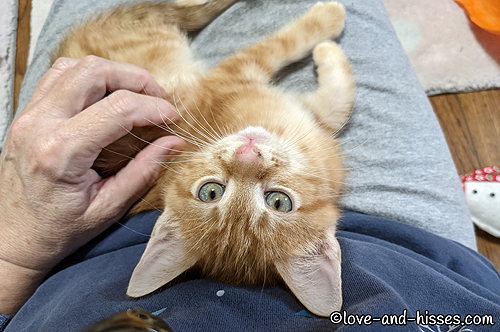 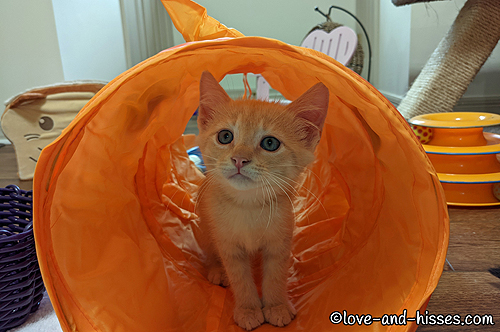 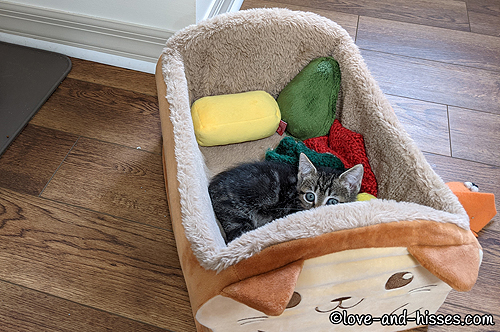 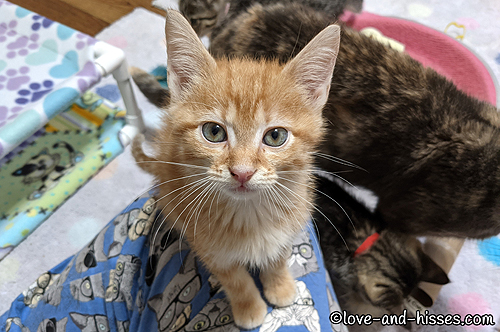 “It’s time for the snuggles, lady.” (Picture from before Maddy went to Michelle’s house, as that’s her in the background.) 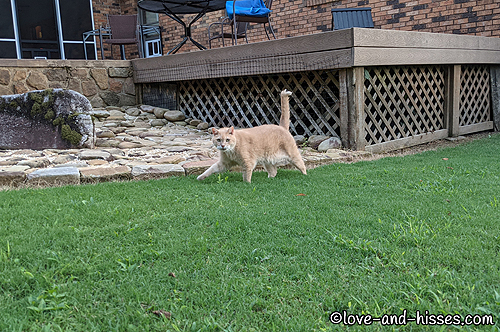 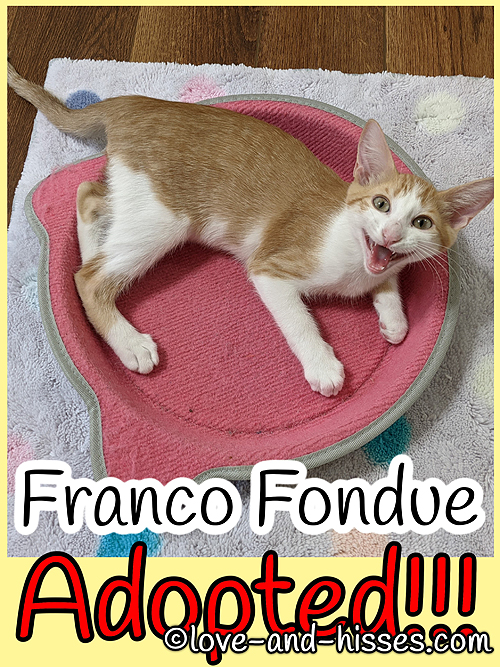 Hooray, hooray, Franco Fondue was adopted and went home last night! He joins new kitty sister Miso, who needed a friend and is delighted by her new brother. (He will now be known as Fondue!) Happy life, sweet boy! ⁠

(I am going to do a video of Franco pictures, but it might take a day or two. I promise I’ll get it posted by the end of the week!) 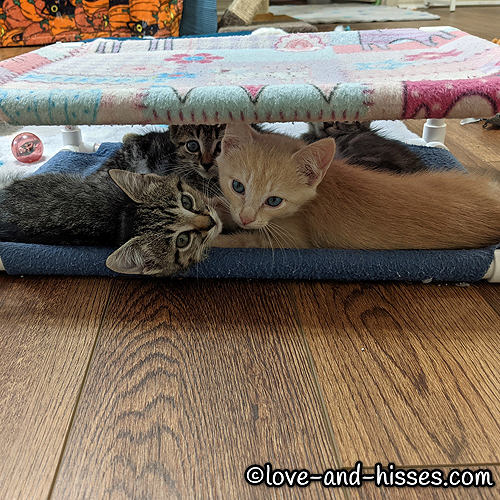 Just hanging out under the ham-mick, waiting for breakfast. 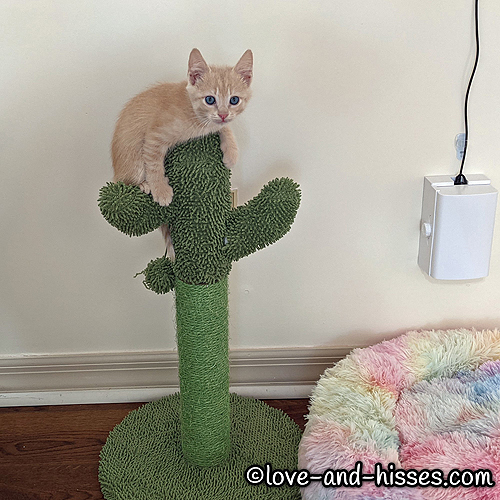 YouTube link
The kittens got a new tunnel from Aldi, and they really like it – especially Sammy! 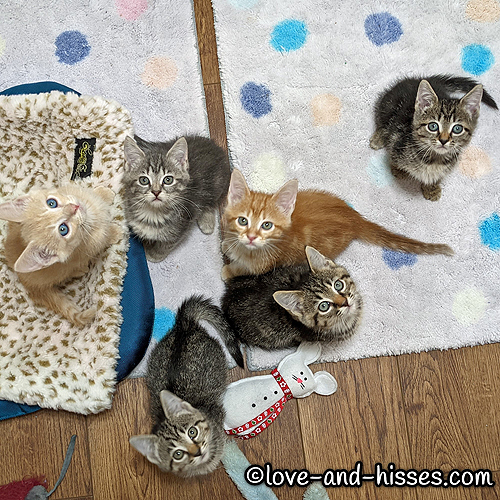 I love the varying shades of blue and green eyes (they’re still changing – I expect they’ll all end up some shade of green when all is said and done.) I always find it interesting, the way that the eyes of kittens from the same litter change at differing speeds. (Yes, Sammy’s eyes are still blue, but the color around his pupil is lightening. Will they stay blue? We’ll see!)

YouTube link
Ruthy Ruthenium – who was nearly as skittish as Carli – has decided I’m maybe not all that bad, especially when I’m handing out belly rubs. 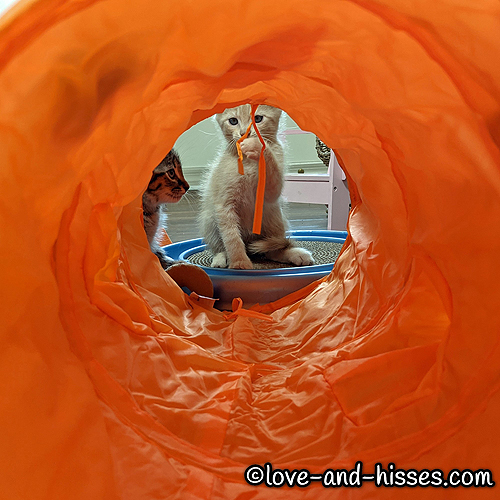 Barry and Sammy through the tunnel. 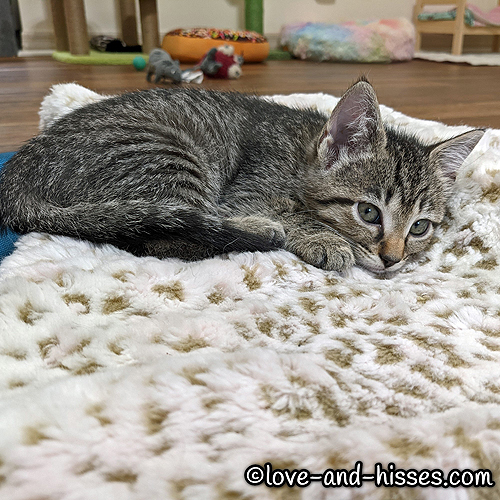