Just a super-duper quick post today – we had friends visiting the past few days (long time readers might remember Nance and Rick from Pennsylvania) and I spent yesterday hanging out with them. Nance got to visit the kittens, and they were all about making friends with her, even Carli (who stayed at a distance, but followed her around to stare curiously at her, which I think is a big step for our girl). 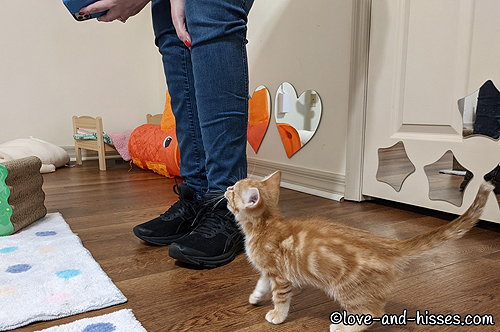 Ozzy, of course, was the head of the making-friends committee. 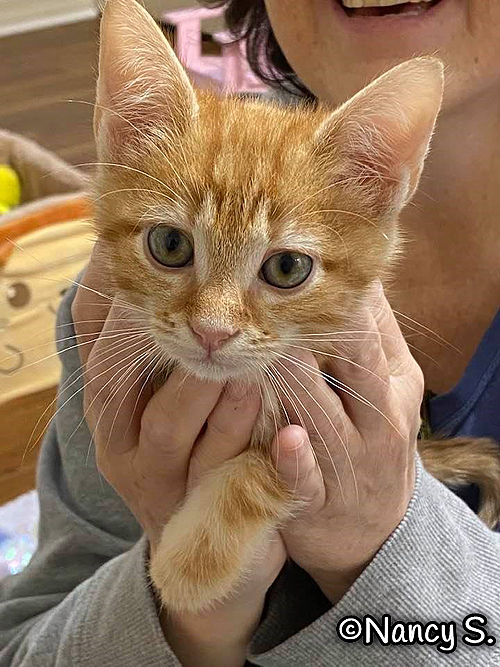 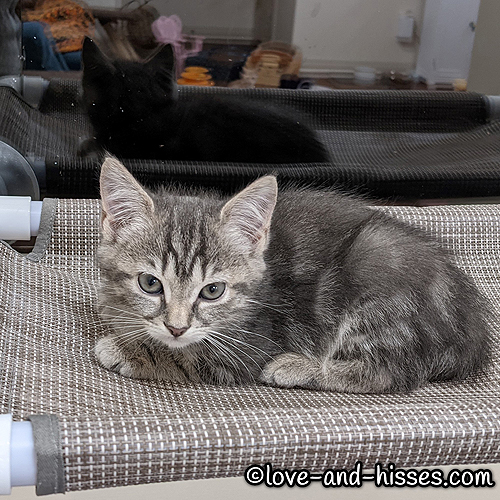 Carli discovered the window bed and has suspiciously declared it okay. 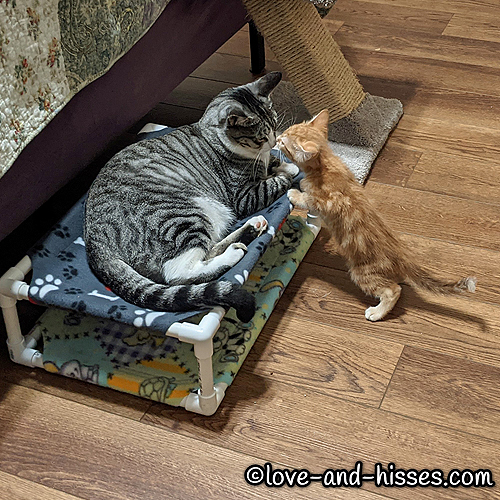 YouTube link
Sammy’s wearing his crazy pants. That boy has energy to spare! 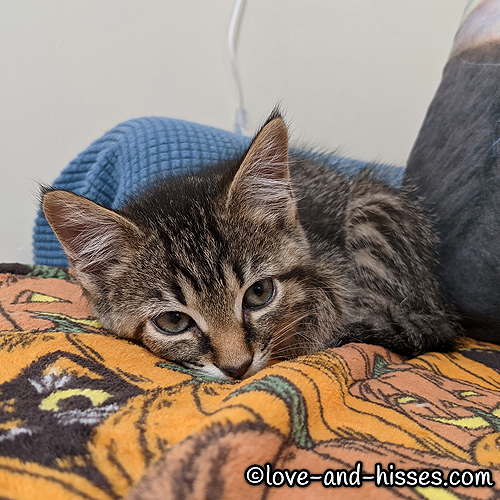