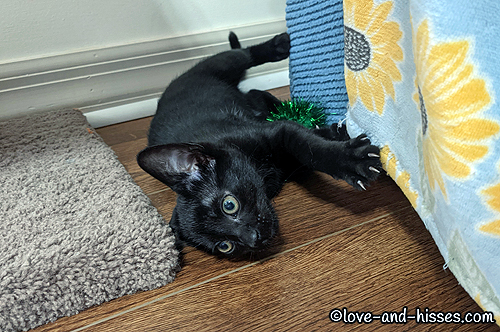 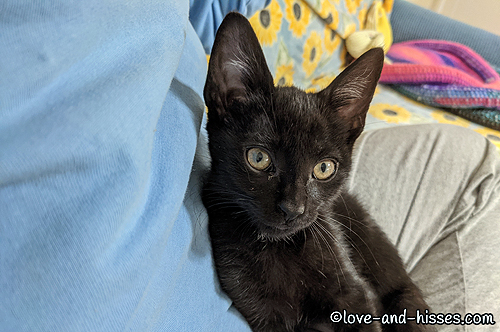 And comes in for a snuggle. 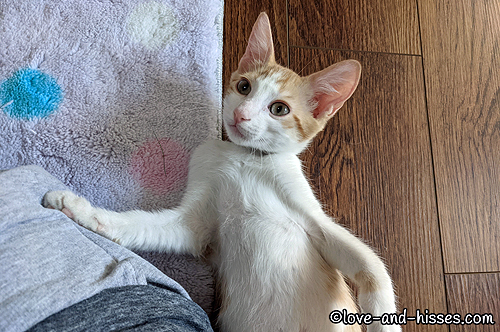 “You got some o’ them snuggles, lady?” Franco Fondue wonders. (Of COURSE I did.)

Theo Pesto and the one-track mind. 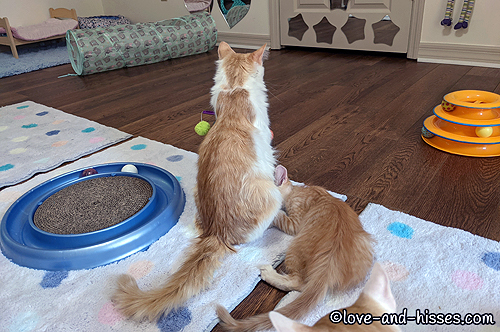 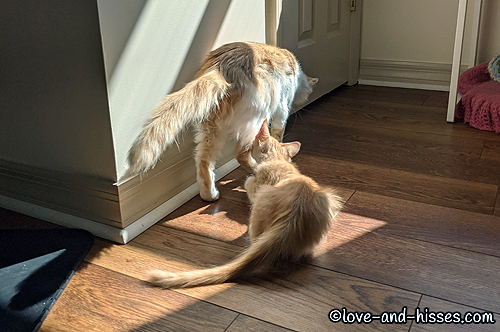 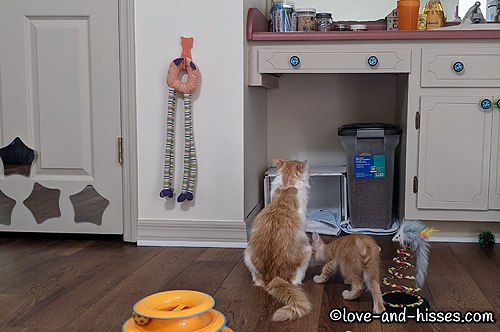 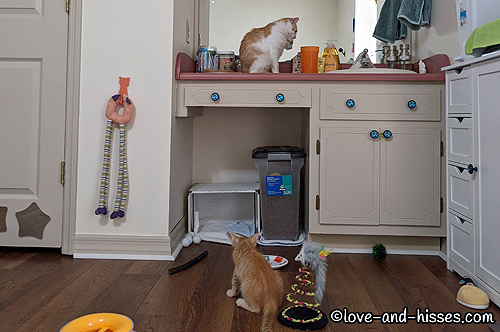 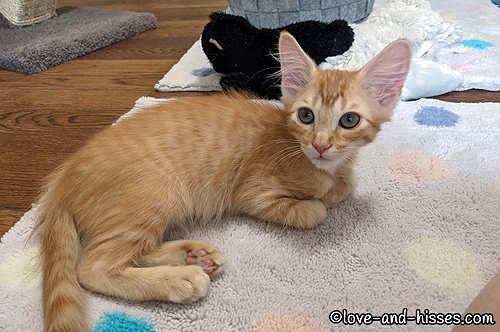 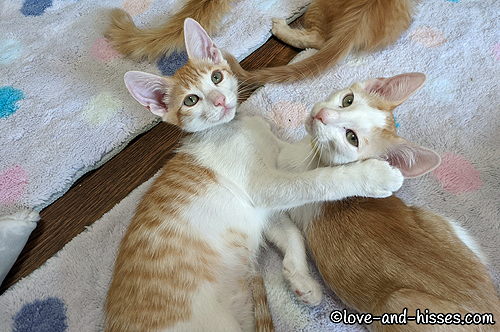 I had the boys home bright and early yesterday morning. They were mostly quiet on the drive home, though once or twice Theo Pesto used his Loud Voice to let me know that this was UNACCEPTABLE. When I got home, I took them into the room and let them out of the carrier, expecting a little hissing from Sofia Soy Sauce and you know what? She looked at them, looked at me, said “Yeah, those are my brudders. So?” and not a hiss was to be heard.

They were SUPER DUPER EXCEPTIONALLY HAPPY to be home, and all four of them walked around with their tails straight in the air, purring loudly and sniffing things. I gave them some canned food, they ate, they raced around, and then they napped.

In other words, the usual! 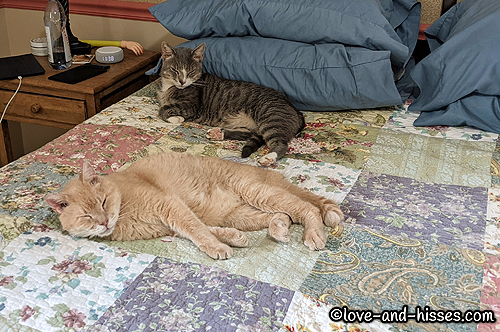 Archie and Newt are havin’ a nap. 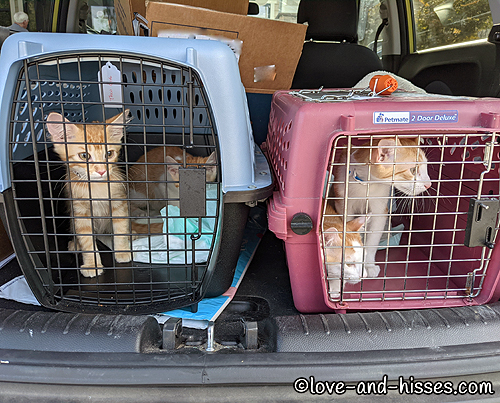 The boys came through their neuter surgeries just fine and are back home with mama Molly Marinara and Sofia Soy Sauce. They are VERY happy and purring like crazy.

YouTube link
Tia Teriyaki & Hannah Hollandaise: from hello to goodbye. ❤️ Tia Teriyaki and Hannah Hollandaise (now Mia) were adopted together and went home yesterday. Here’s the video where you can see them grow up. (Note: we had Tia and her mama and siblings for about a week before Hannah joined us, which is why there are so many pictures of Tia at the beginning.) 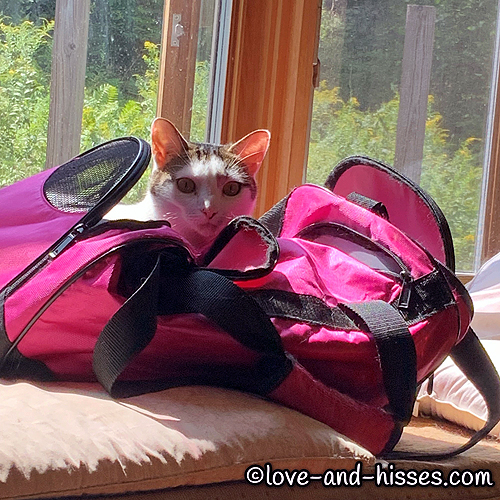 Phoenix has packed herself and is ready to go! (Phoenix was our foster in 2017 – she and her siblings were born to Mercury.) (Thanks, Debra!) 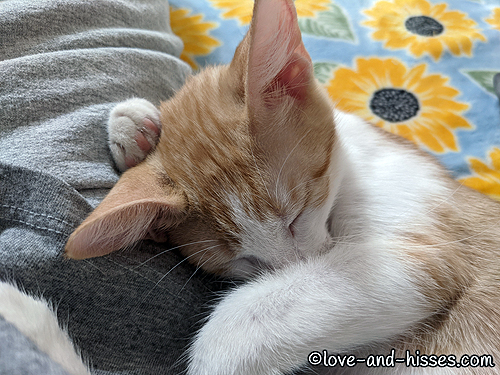