So my boy Toby is 11 years old, very overweight because my father won’t stop giving him treats. He’s otherwise a very good boy, we play with him regularly with the teaser. He seems pretty happy. I use Feline Pine litter and have ALWAYS used it.
He originally had a covered box with a flap door, but I noticed that sometimes he wasn’t going all the way in and so poop, and one time, pee, came out the front because he didn’t realize that he wasn’t all the way in.

I then purchased an enclosure that looks kind of like a side table, with an open door and vents on the side and room inside for a litter pan. He actually got WORSE with this one. He still wouldn’t go all the way into the box, and I have had to put puppy pee pads down under the tray as well as the enclosure because he was routinely, and I mean immediately after me cleaning the box, peeing just outside it.

I changed his litter yesterday and it was just beyond and I was pissed off, so I had found a very large, plain old litter pan that I put down, on pee pads. He peed a couple of times just fine in it, but then last night, once again, poop outside the box because his butt was right at the edge.

I don’t know why he’s doing this. This has never been a problem. Does he suddenly not like the litter? I wonder what happens if I filled a kiddie pool with litter…would he still go on the edge? I don’t know if he’s just so fat he’s not comfortable in an enclosed box anymore? Both were plenty big enough for him. Is this some kind of old age thing? I am really losing my mind because the only place that there’s room for his box is my bedroom, and let me tell you, it is a nightmare to have to live with. Do you have ANY suggestions for what could be causing this, or what I can do to make him stop being such a jerk?

Thanks for listening. He is only my second cat, and the first one died at only 2 years old so basically he’s my only experience.

Sarah, I know you and I discussed a few things, but upon re-reading this through again – is the litter box still in the enclosure? Because I think that might be the issue. I know the box you’re using now has pretty low sides, I’d recommend trying it outside the enclosure and see if that’s the issue. Another thing worth trying: a wider litter box.

If you guys have any suggestions, please chime in – I’m sure there’s something (maybe several somethings) I’m just not thinking of at the moment. Help?

How big is Charlie these days? He looks pretty long and tall compared to the other permanent residents.

He weighed 12 pounds, 4 ounces at the end of April. I think he’s going to be a biiiig boy when he’s done growing!

Tell us, please, about the wall-mounted tubes holding the feather teasers?

I actually wrote about them in March of 2020, in this post. Basically: shipping tubes cut in half and affixed to the wall with Command strips. They work AMAZINGLY well!

(Fun Fact! I have a new bed frame, and it’s a few inches higher than His Highness is willing to jump, so at bedtime, he’ll sit by my bed as I’m reading and passive-aggressively knock over books I have stacked next to my bed and stare up at me, and wait until I PICK HIS ASS UP AND PLACE HIM ON THE BED. I ask you – who is the bigger fool here – Malcolm for succumbing to laziness, or me, for being manipulated!?!)

Oh, I think we ALL know that Malcolm is no fool! 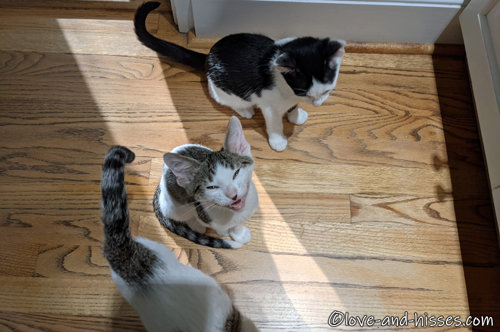 Pinochle’s “smile” cracks me UP. 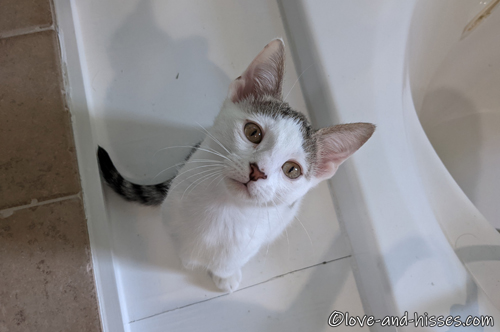 Whist from above. Such a pretty girl. 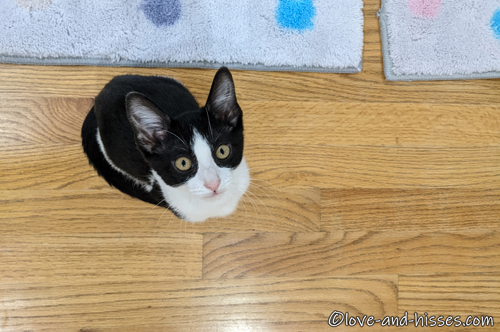 Rummy, also from above. Also such a pretty girl. 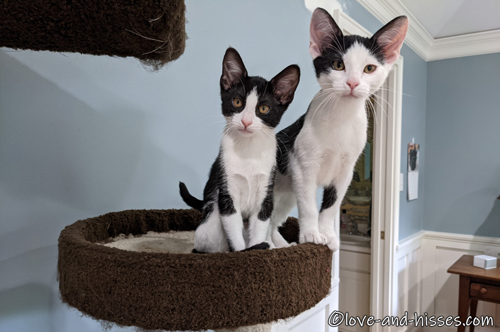 Rummy and Slapjack keep an eye on me – and I’m not sure they approve. 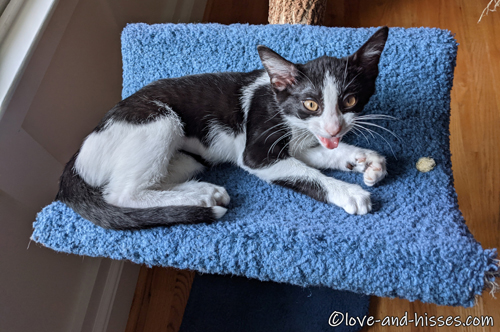 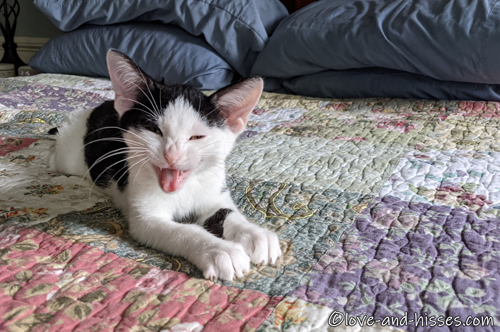 Slapjack’s always got something to say too. 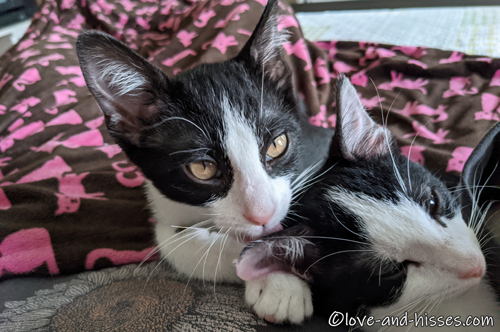 Rummy’s making sure Uno is all cleaned up and ready to go. 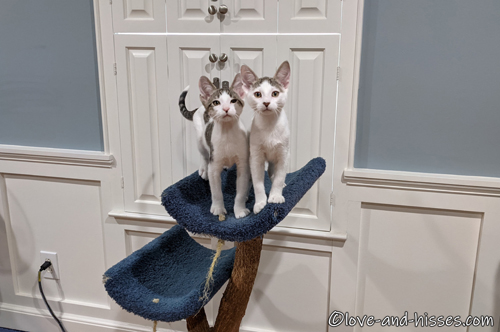 Pinochle (left) and Whist give me the judgy faces. (I know it looks like Whist is bigger than Pinochle in this picture, but he actually outweighs her by about half a pound.) 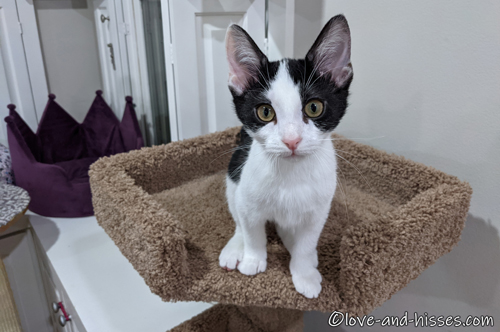 Sweet miss Uno needs a kiss (and she got one or a million.) 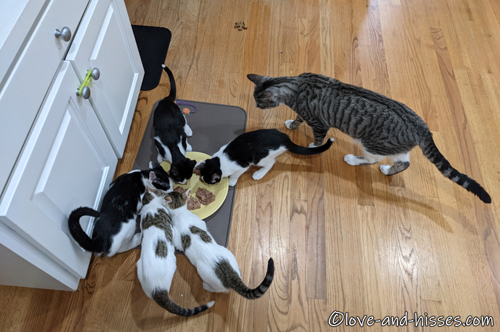 Charlie wonders if there’s a place at the breakfast plate for him. 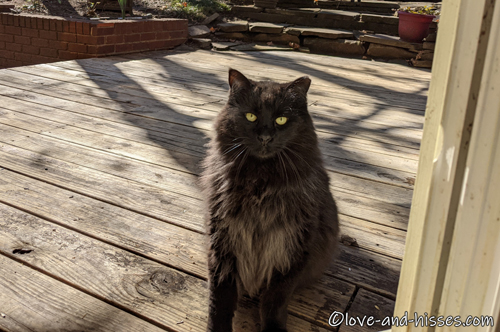 The Magnificent Khal continues to be magnificent, as expected.