Little slackers. Roux on the left, Praline on the right. Mama’s hiding place has been discovered. Poor Nola! (That’s Beignet in there with her.) Praline is reclining upon the Fancy Sofa like a proper laydee. I put that tray by the door so I’d remember to take it out with me, and naturally Roux decided it was her new favorite place to hang out. 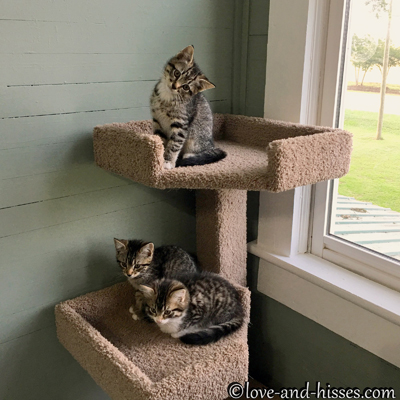 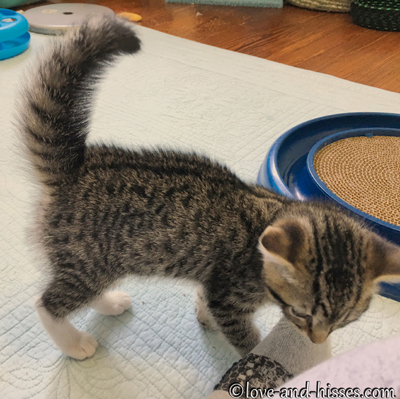 I was petting Frankie before I went into the foster room, and Roux could smell him on me, I guess, and it made her put on her Floof Suit just in case. 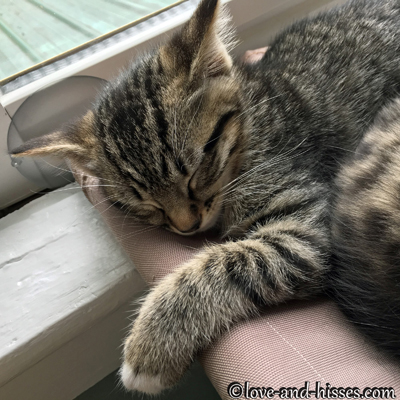 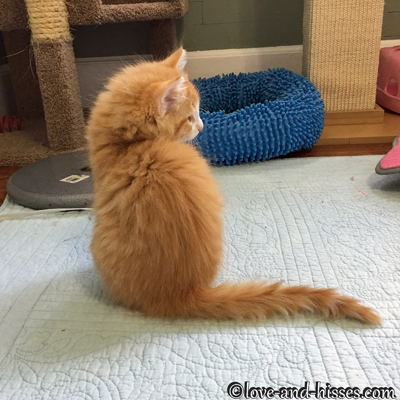 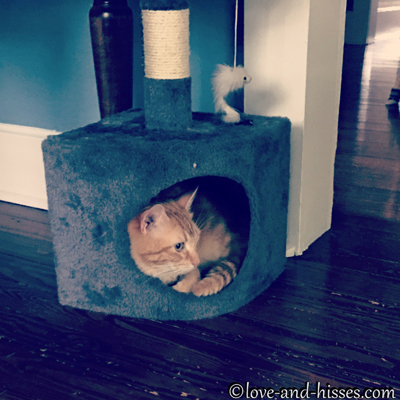 Frankie’s pouting ’cause Daddy was too busy to pick him up and cradle him like a BAYbee.

The week in kittens – 8 weeks old.

And the best slow motion video yet: Praline and Andouille’s gymnastics in slow motion. When you see it at full speed, you don’t really appreciate the moves Andouille’s doing. Here, you get to see it in every detail.