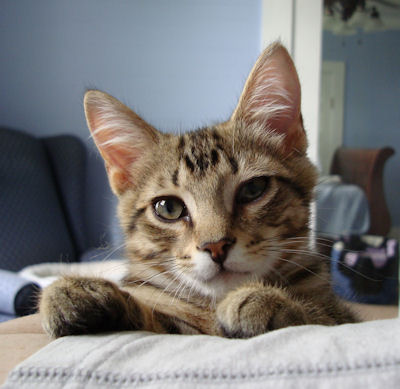 Oh, such a bad boy. Yesterday, after bragging about how he hadn’t needed any time outs on Wednesday, Corbett required THREE time outs! And the third was 15 minutes instead of 10 because he went to the back door, LOOKED RIGHT AT ME, and then slipped through the cat door. The cheek! 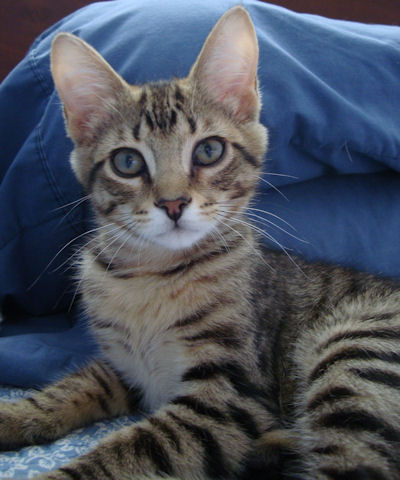 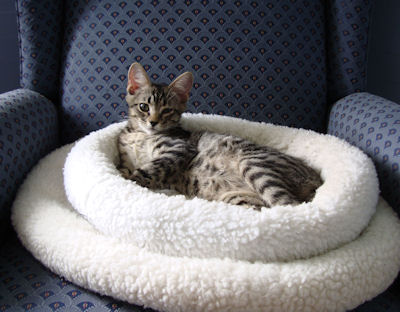 Rhyme is a GOOD boy. He likes to sleep near the back door and watch the cats come in and go out, but he hasn’t tried going out himself. YET. 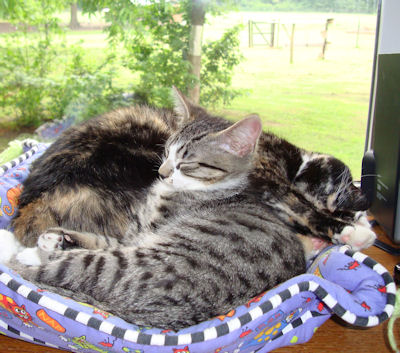 Bolitar (who’ll likely get his head smacked when Miz Poo wakes up) loves to run out the side door when we open it, but he gets out there and doesn’t know what to do, which makes him easy to snatch up and carry back inside. 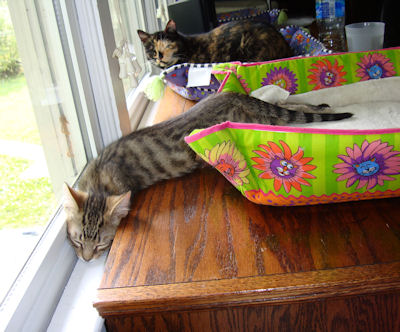 Marches to the beat of his owner drummer, that Corbett. 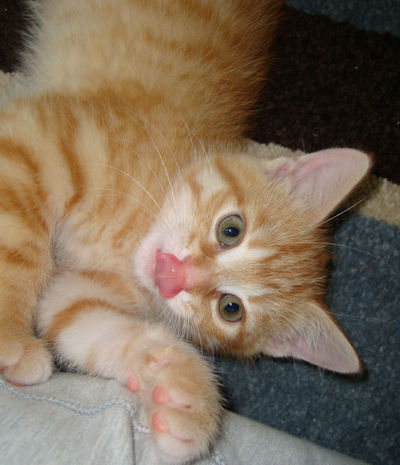 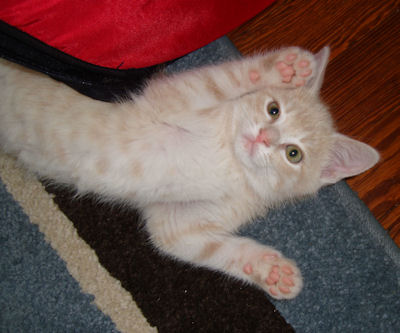 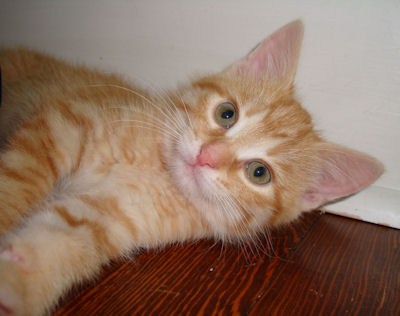 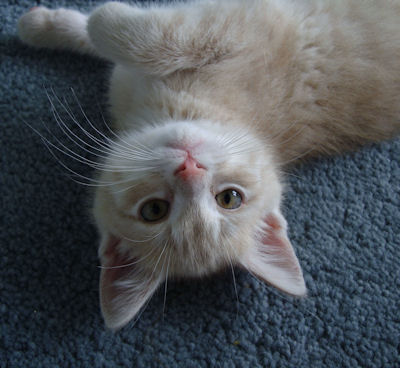 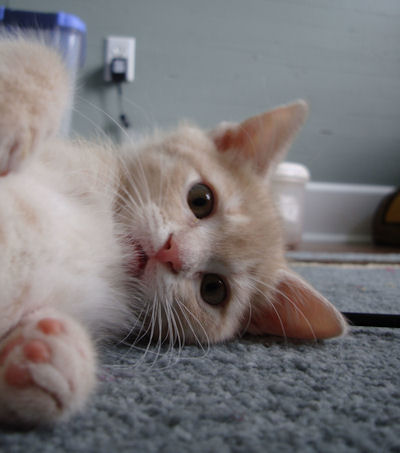 Talk about your baleful look, eh? 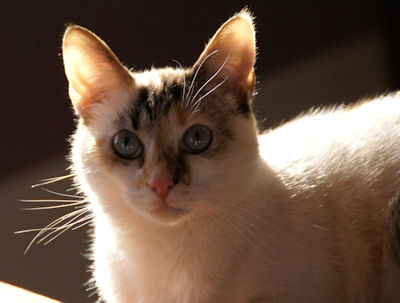 Stinkerbelle would like me to keep my distance, please.