Has anyone ever pee’d in the catnip? Because that’s just the sort of classy, classy questions I ask.

I don’t think so, because then they wouldn’t hang out in that pot all the time the way they do. (Sugarbutt used to pee on catnip toys, which makes me wonder if he would pee in the catnip pot.)

I’ve always wondered… Does Canasta sleep in the same spot/bed as the kittens? Or does she sleep on her own, now that the kittens are older?

She always sleeps on her own – occasionally I’ll find her curled up with a kitten or two, but (from observation) it occurs when Canasta has fallen asleep and one or two kittens snuggled up to her.

I’ve noticed the adorable hats on cats in other litters. I recall a leprechaun for St Patty’s day. Are the Cardsharks simply running all the time or have hats lost popularity?

Now that they’re ALL GROWN UP (or so they think) they will not hold their little heads still when I put a hat on them. I put it on, they flip it off. Put it back on, they flip it off. Oh, it’s GREAT fun for them, but frustrating for me. I guess I need to go back to waiting ’til they’re asleep and then putting hats on their heads.

Guess what I saw in Home Goods! Feline fruitasan chairs! Is that what you call the little wicker chair suspended from a frame? I was in the store yesterday. There were two different styles in black and white. There was also a footed round style too. I believe the store has a web site.

I’ve heard that people have seen them in Home Goods and TJ Maxx – so if y’all are looking for Fruitasans, give those stores a look!

So, how do you get off the couch at night when you have 6 sleeping kittens on you?!

They tend not to sleep for long periods of time, so I usually don’t have to wait long. If I need to get up, I kind of gently roll toward the back of the couch so that they slide off onto the couch, then slide myself off the couch to the floor. Sometimes they sleep through that maneuver, sometimes they complain a little – but they go right back to sleep.

Was that Fizzbin doing the warning grrrowl when they were all floofed at Charlie? I’ve watched that vid at least 5 times and just cannot tell. Also, she’s my favorite. 🙂

That’s actually Uno (fast forward to about 2:15 to hear the growl if you haven’t already) – you can see when she growls, Pinochle turns and looks at her. Interestingly, Uno’s also the one who growled in this video when they were 4 days old. I guess it’s her go-to move.

Have you gotten any applications for Canasta yet?

Did you say at one point that you cut out some of the mirror shapes? If I’m remembering correctly, could you post what you used and where you bought it? Thanks!

I have a line of heart-shaped mirrors near the door that goes to the stairs (see them in the background of the picture below). I bought a set of mirror sheets from Amazon, printed out a couple of differently sized heart shapes, traced the heart shapes onto the mirror sheets, and then cut them out (using regular scissors). I am not the most steady-handed person when it comes to cutting things, but I think they came out okay. (They’re sticky on the back, but I use Command strips to hang them.) Canasta has mostly ignored those, but when Charlie was coming into the room he would often sit with his back to the room and watch for Canasta’s approach in the mirrors. 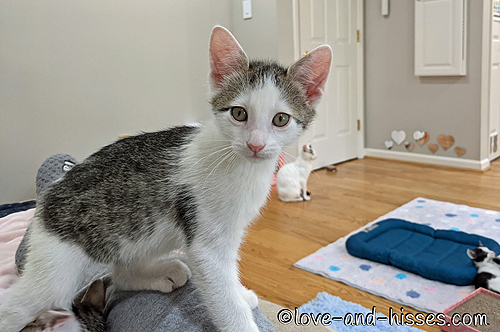 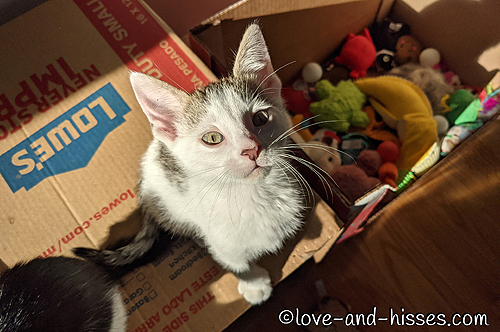 Whist in the sun, from above. 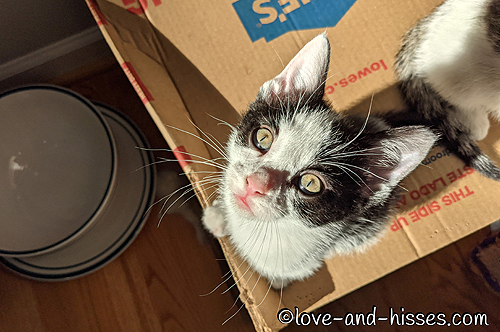 And Uno in the sun, from above. 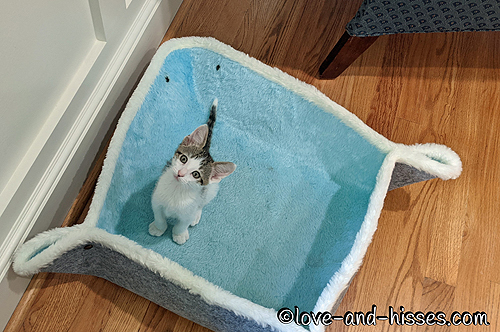 Pinochle and his tail light. 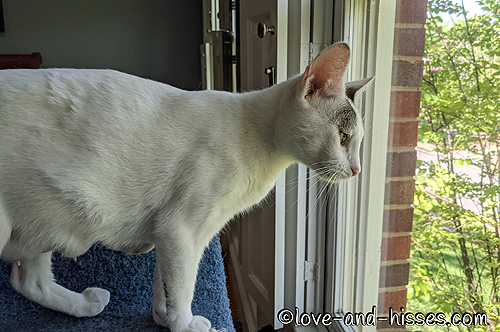 There’s a Robin’s nest out there with three little baby birds in residence and Canasta likes to check ’em out. 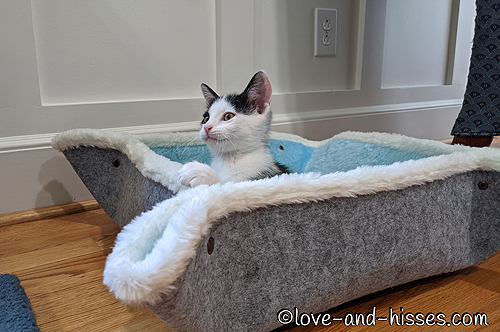 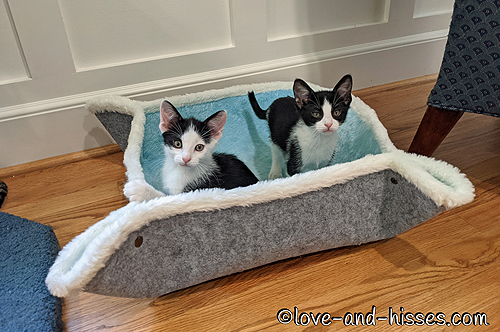 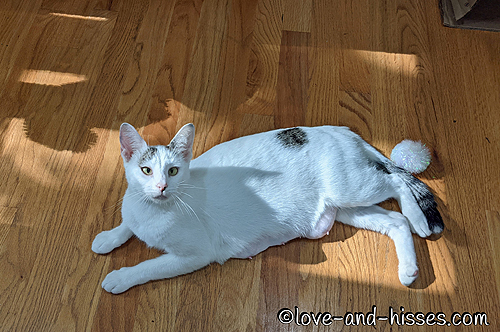 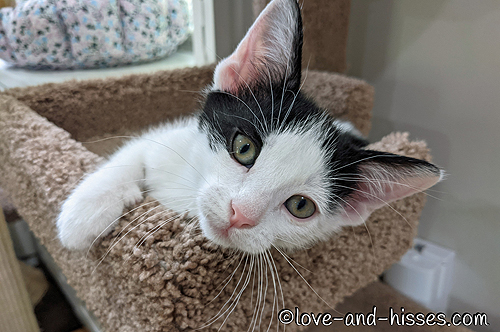 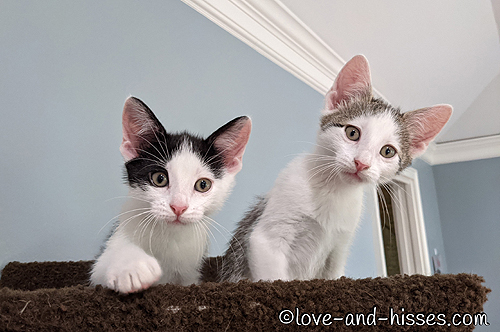 Slapjack and Fizzbin keep an eye on me. 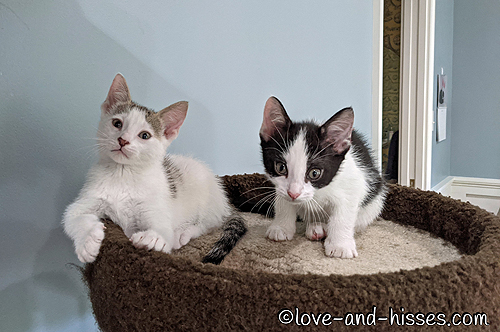 As do Whist and Uno. 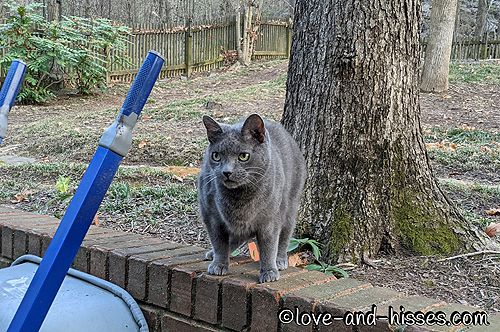