Over at The Crazy Cat Lady, have you been following the story of two sweet kittens who have Cerebellar Hypoplasia? This weekend, they’re going home! 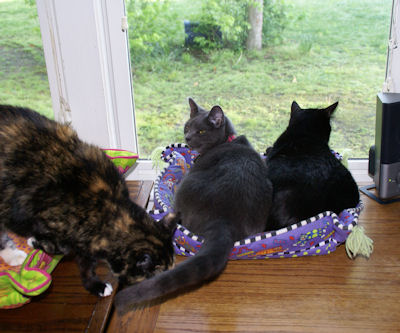 Please note that that’s Maura on the right, Jake on the left, and Miz Poo sniffing Jake’s tail. And NO ONE is hissing or smacking or even growling. It’s a miracle! 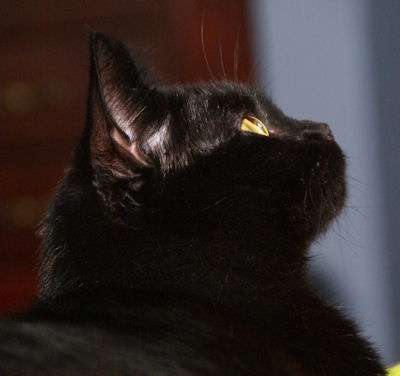 Maura, staring out the window at a bird.

We’ve given Maura the run of the house 24/7, and it’s going pretty well. Until last night, we were putting her in the foster room overnight, just to prevent any middle of the night hissing and smacking matches. But she’s been getting along so well with the other cats that we left her out last night, and all was perfectly fine. Have I mentioned what a sweet girl she is? (Only a thousand times!) 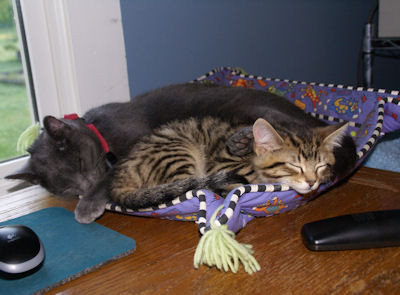 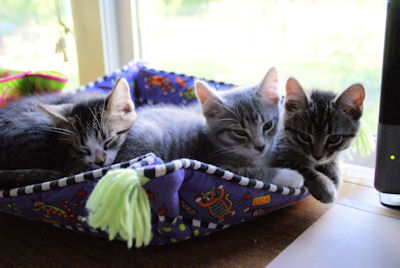 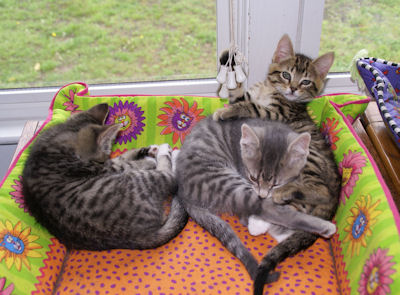 Corbett’s all “Yeah, that’s right. I’m laying here smacking the cord to the blinds around.” 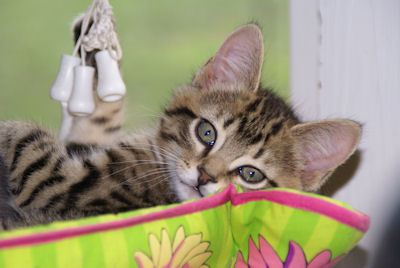 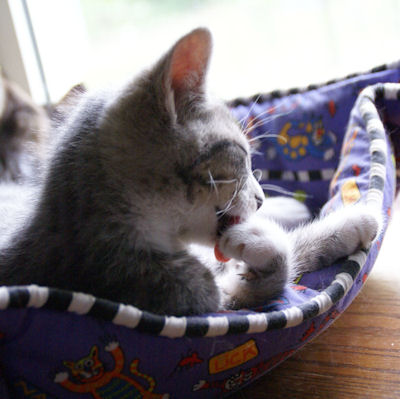 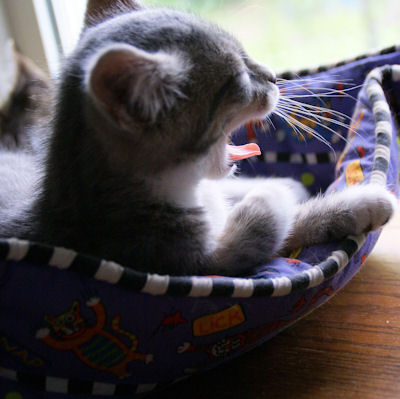 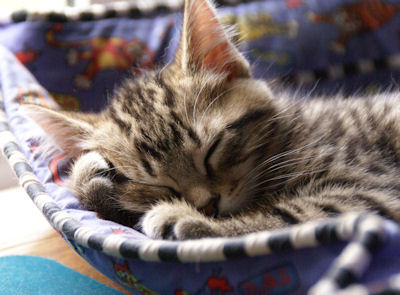 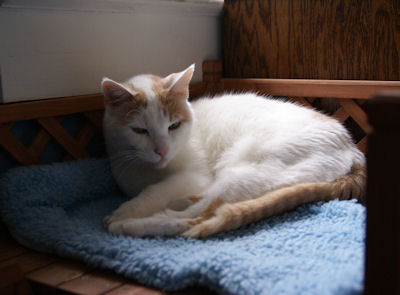 Grumpy Spanky, trying to get some shut-eye and not appreciating the interruption.

Someone asked how Miz Poo is doing. I tried to get a movie with her where I’d ask her a question and she’d answer with her patented Poo chirrup, but it didn’t quite work out. Maybe next time I’ll try it when she’s not laying there sound asleep!