I have newly installed wood floors in my house and that includes the kitty room. I have large litterbox mats in front of the boxes, but litter is getting tracked everywhere. Any suggestions as I see you have hard wood floors also.

I think someone recommended the Roomba. I have one, but I rarely use it. We have area rugs throughout the house, and while the Roomba does a pretty good job on the hardwood floors, it tends to leave clumps of cat hair behind on the rugs. I find it easier to just vacuum myself.

Anyone out there have more suggestions for how to keep the litter scatter under control on a hardwood floor? We’re all ears!

Do Maxi and Newt stay out at night even when it gets cold?

They like the cool nights of Fall, but when it gets seriously cold (I know, those of you who suffer through winters at below-zero temperatures are scoffing at the idea that it ever gets “seriously” cold in Alabama!) they come inside overnight. Actually, during the coldest part of the winter, Newt’s just as happy to stay inside 24/7. Maxi’s really more of an outdoors girl, and she doesn’t like the large number of kittens who are always running around here, so she’ll go outside during the day then come in for the night.

Do you have any news on your recent fosters like, have they been adopted yet or what? A couple went through so fast recently I hardly got a chance to know them.

As of this moment, all my previous fosters except Pancho have been adopted. There was a time there when it seemed like the Rescuees were on a merry-go-round because three of them were adopted and then returned (Franco and Garrity because one of the girls who adopted them was allergic, and Lieu because the lady who adopted him decided she wasn’t ready), but it’s been a good few weeks since the last Rescuee was adopted, so I’m tentatively going to say that those adoptions are going to “stick.”

It depends on how adoptions go at the adoption center, but at this point the Bookworms are next in line to go, it’s only a matter of space opening up. 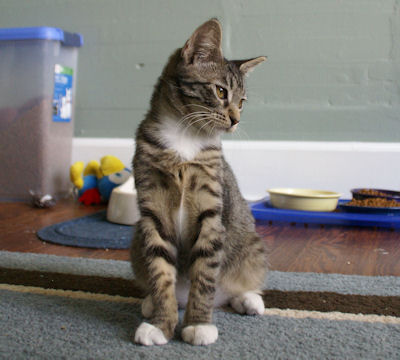 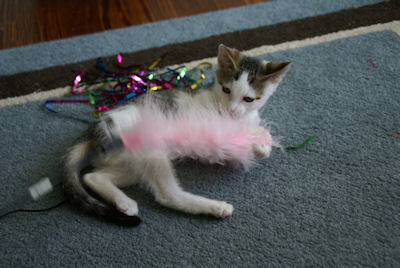 Every mancat needs some pink floof in his life. 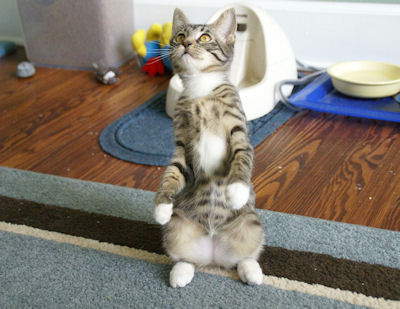 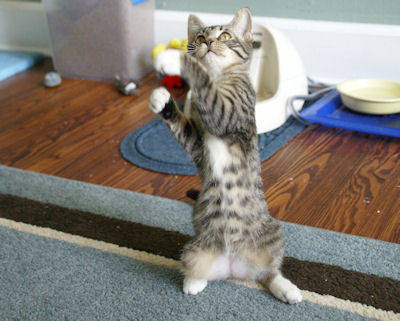 She swats! She… misses! 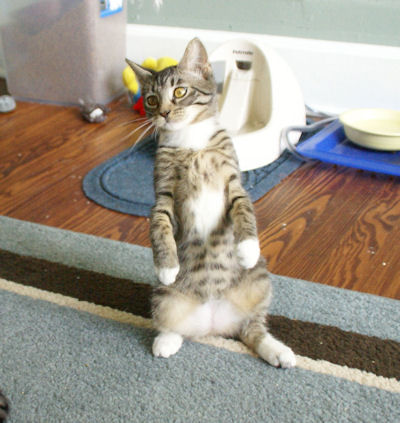 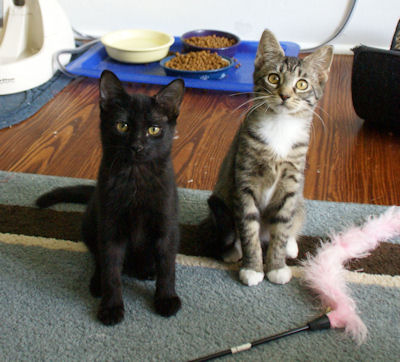 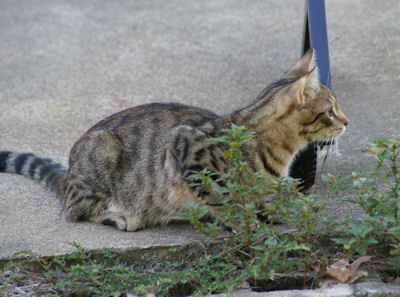 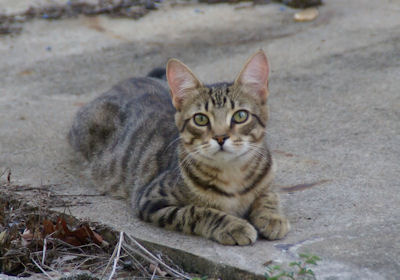 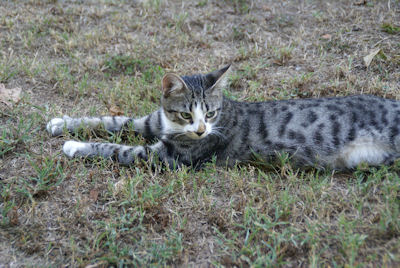 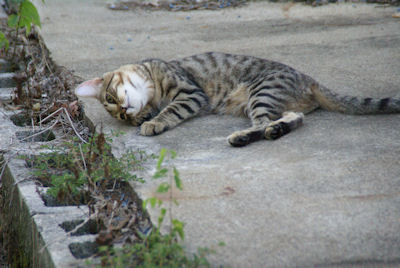 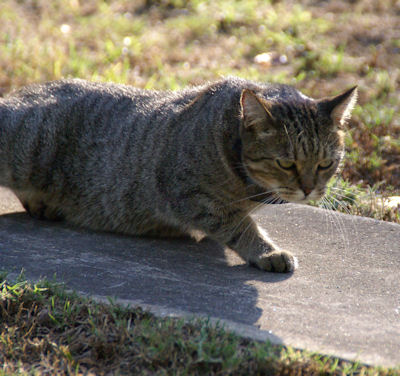 “Y’all get your butts back inside that house! You know you’re not allowed out here, and I’m not putting up with your zany shenanigans! Chasing each other all over the yard! Rolling around on the concrete pad! Eating grass! Sheriff Mama won’t have it, you hear me?”