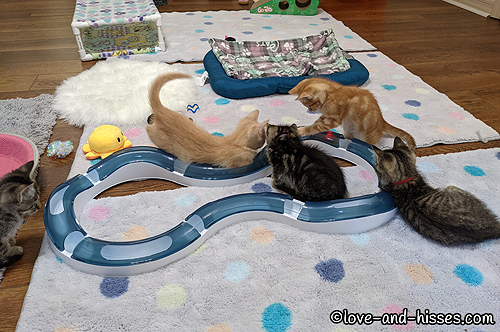 We were recently gifted this cool track toy and I finally got a chance to put it together. The kittens declared it FABULOUS. 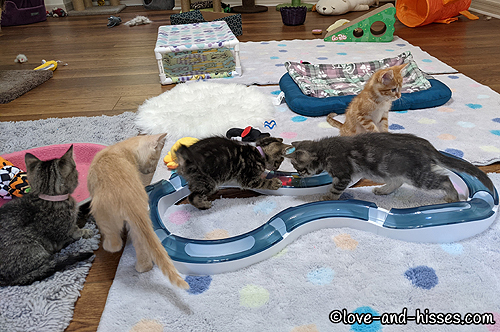 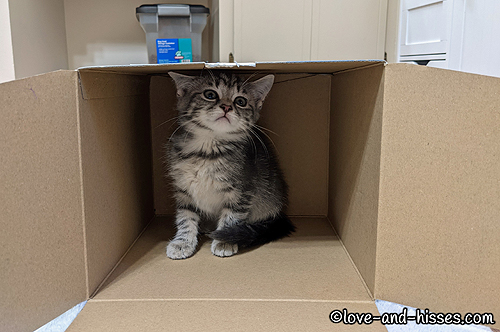 Especially the box! Carli’s all “This is an excellent box.” 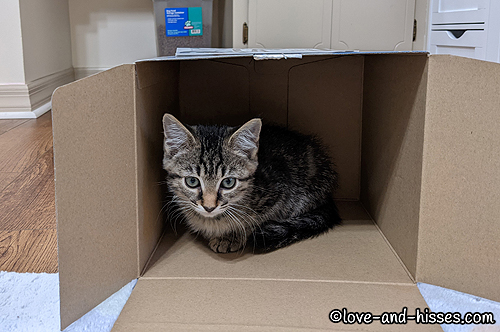 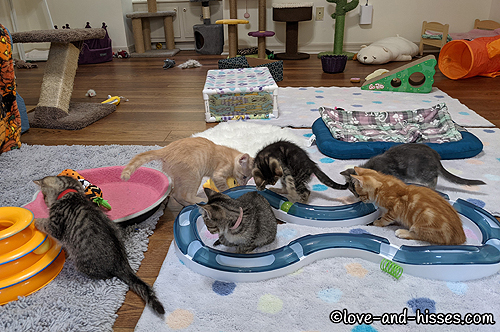 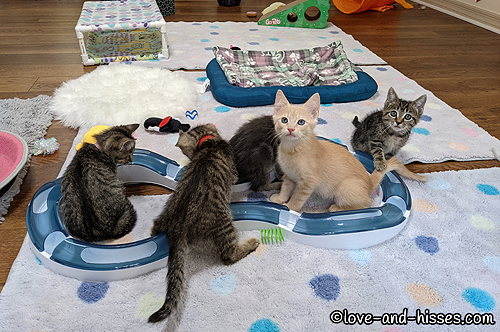 “Where ya been hiding this, lady? This is cool!” 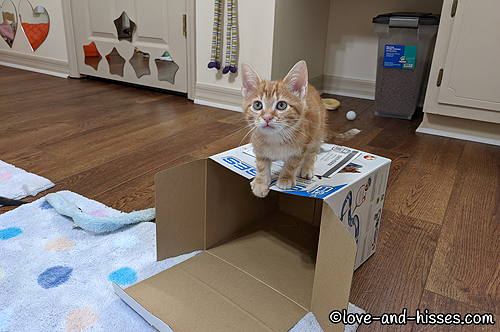 And to reiterate: the box? Also cool, according to Ozzy. 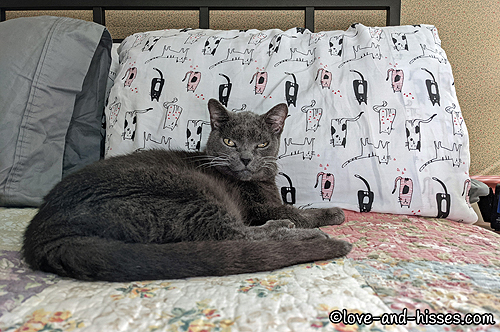 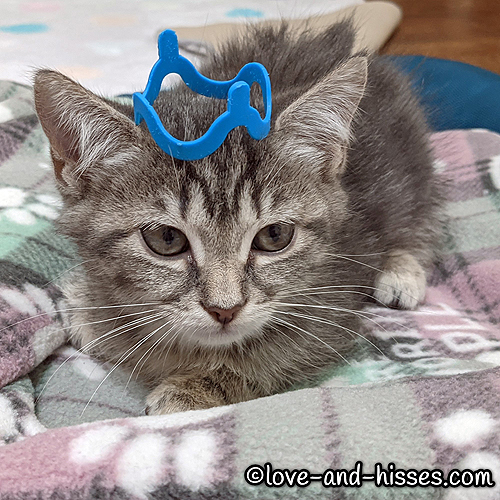 Princess Carli has a suspicion. 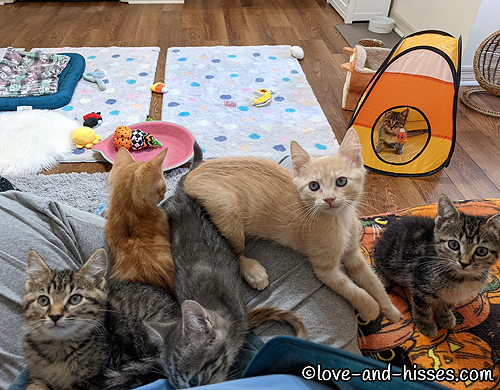 All 6 kittens are in this picture, but not all of them wanted to be in my lap at the moment. 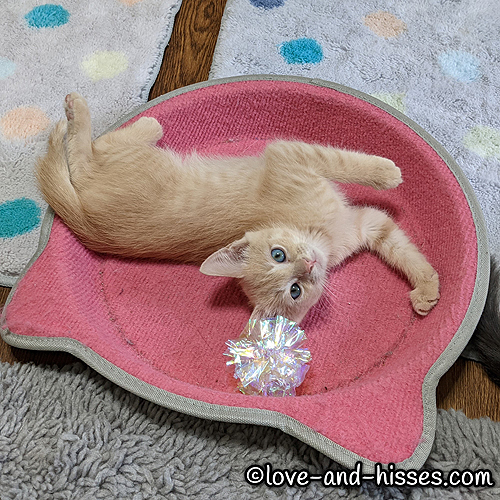 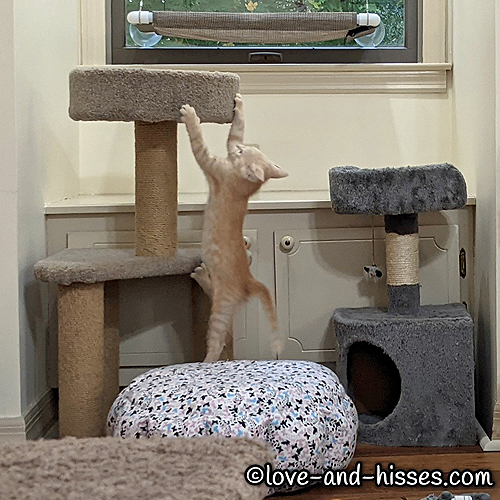 Sammy’s a bit of a wild child, if you hadn’t noticed. 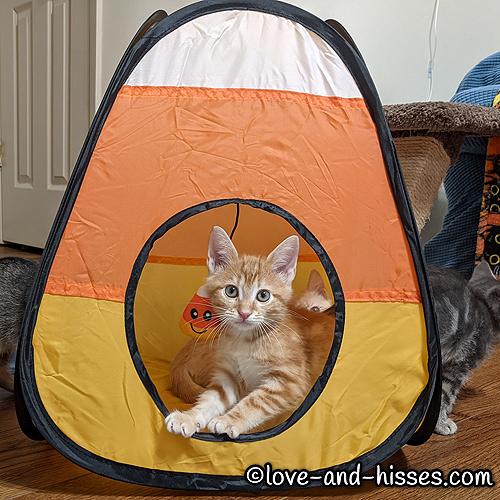 Someone sent us a Halloween Goody Box from Chewy, and naturally I waited ’til Halloween was over before I opened it and shared it with the kittens, because that’s just how I roll. This pop-up tent is popular – they love to bat at the hanging toy, but they REALLY love to collapse the tent. 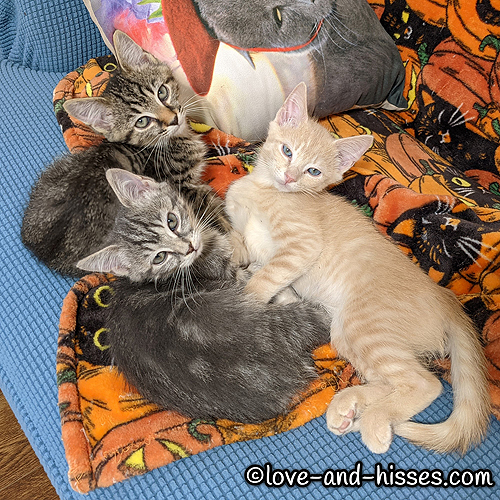 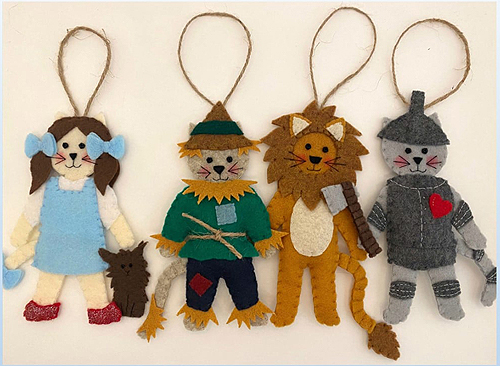 The Forgotten Felines of Huntsville online auction is taking place this week! There are a ton of very cool things up for bid, including this adorable Wizard of Oz cat ornaments by the very talented Foxes and Felines! New items will be added this afternoon, and then every morning through the week. Go get your bid on (it is only on Facebook, though). All proceeds benefit the Forgotten Felines of Huntsville spay/neuter fund. 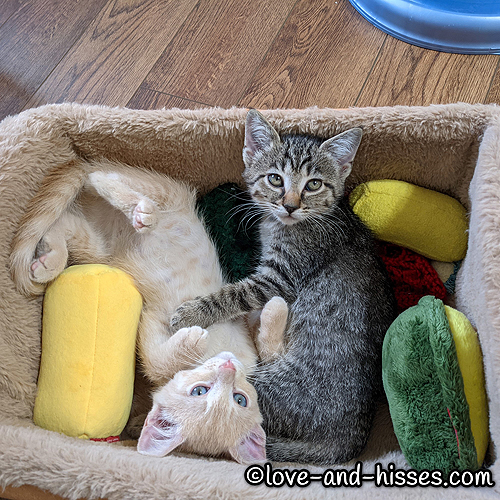 “It’s too early, lady.” Sammy and Ruthy wanted to sleep in this morning, I guess. 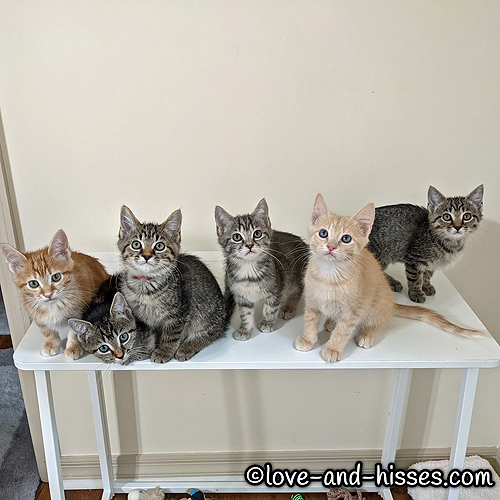 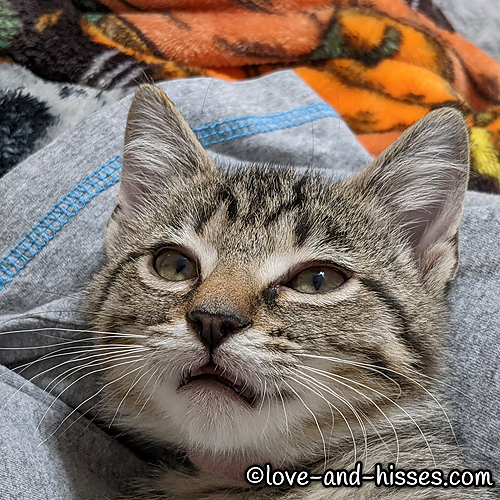