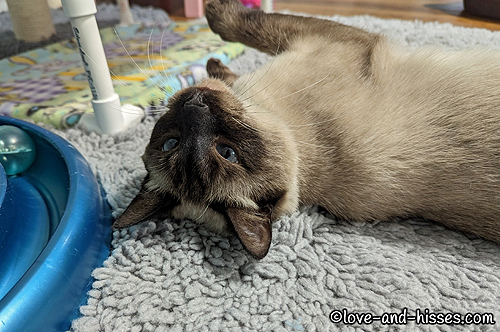 We have a lights-on, no-one-home situation going on here with Kim. 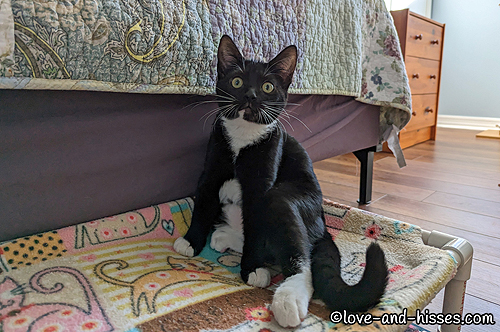 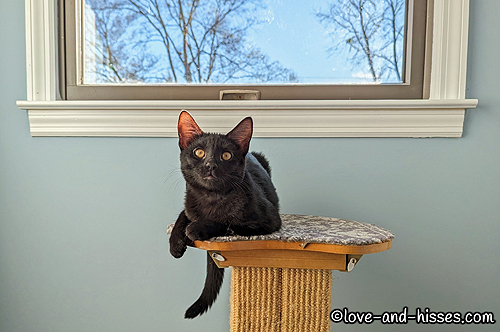 Francesca is just so darn CUTE. 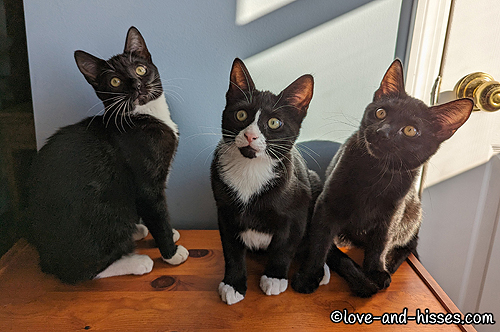 Nacho, Saul and Francesca are wondering if there might be Churu in their near future. 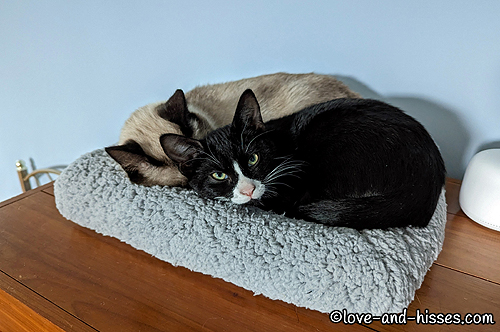 Saul takes a nap with Mama. 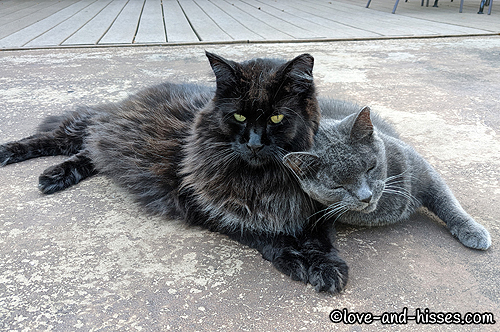 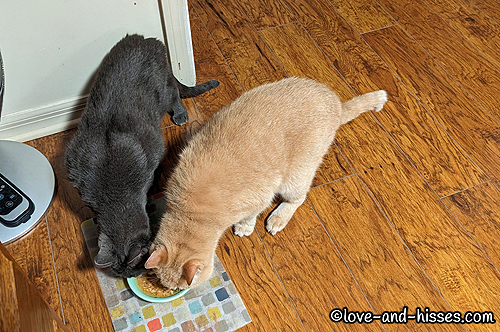 Jake helps Newt be a member of the Clean Plate Club. 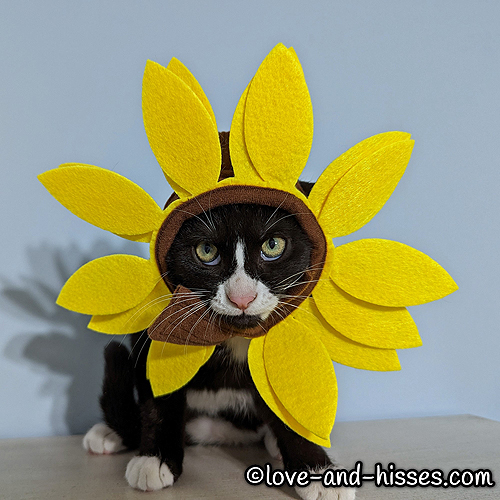 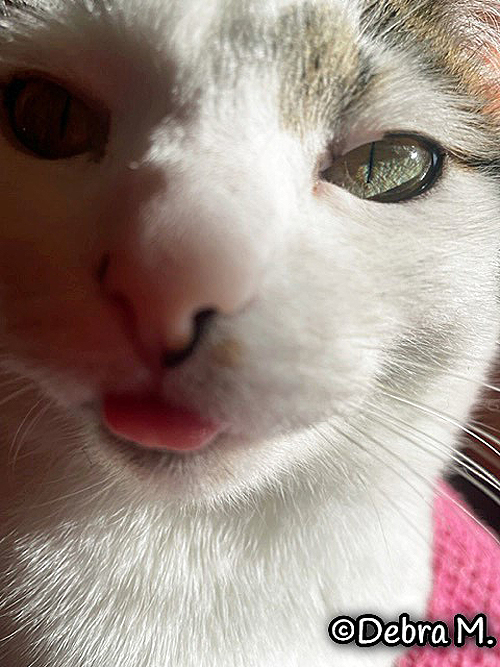 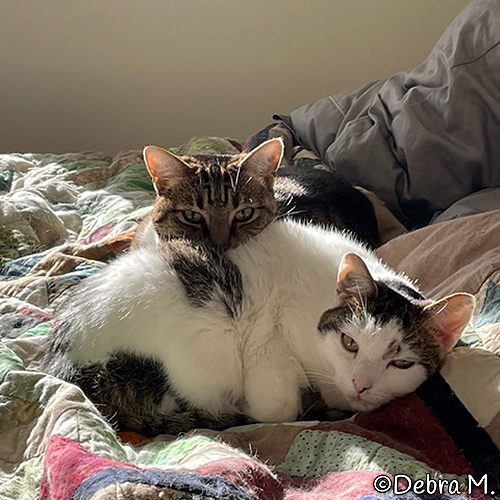 Goooood morning from (former foster, 2017) Phoenix, who’s getting her blep on. And Phoenix and Amber (formerly Ambercup, 2015) on Thanksgiving day. ❤️ 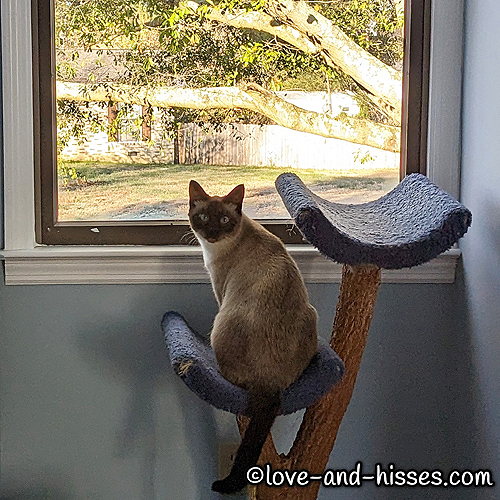 “Where ARE they, lady? Where are my people? You said someone was gonna snap me up ’cause I’m so darn SWEET. Do I need to be less sweet?”

YouTube link
It looks like Milo (formerly Mike) left behind a pen for Nacho to play with – and she’s enjoying it quite a bit! (I don’t think you can tell in this video, but that pen says “Ask me about my cat,” which couldn’t be more perfect.) 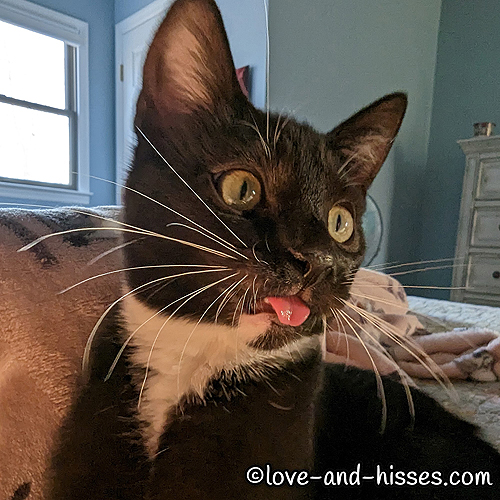 Nacho’s just, y’know, hanging around with her tongue sticking out. As you DO. 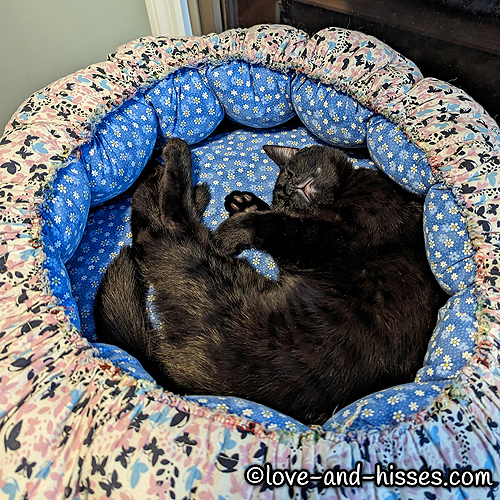