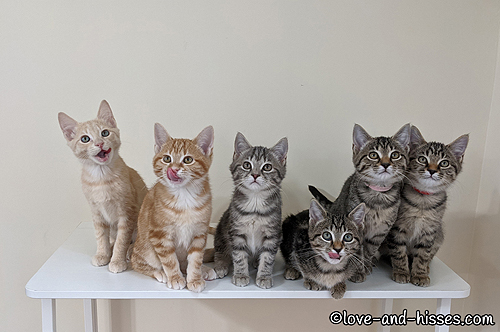 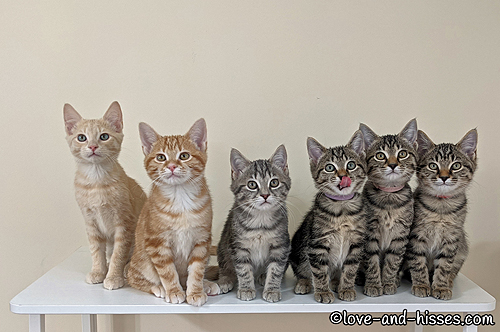 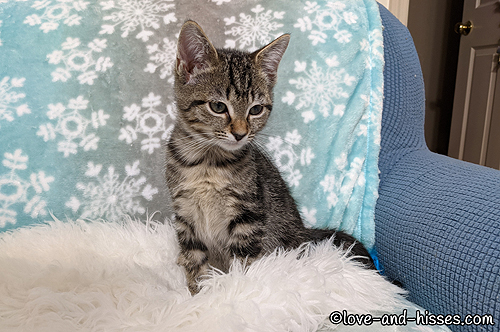 Nikki considers her next move. 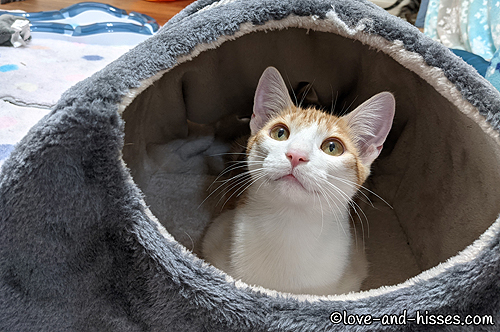 Oh that Alfie, he is just such a sweet thing. 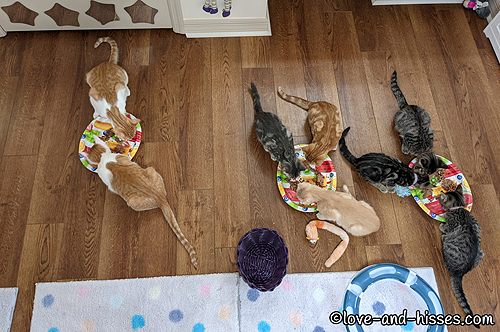 Breakfast on Friday. Alfie and Christopher had their own plate since they were still being hissy toward the little kittens. 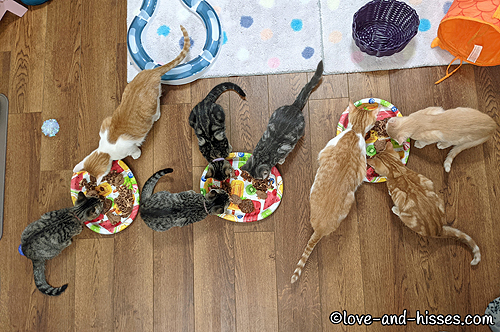 Breakfast on Sunday. Intermingling! A little growling still, but not enough to bother the little kittens. 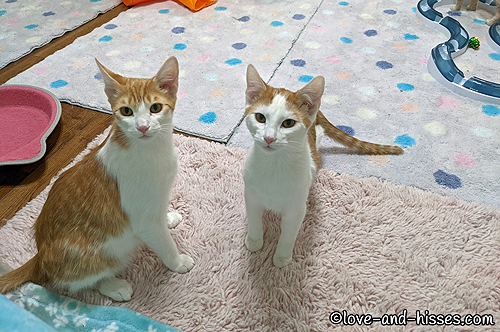 Alfie and Christopher are all “What? We just like to tell ’em who the bosses are!”

The little kittens are off for their spays and neuters today! I expect they’ll come through it just fine and will be running around like nothing had happened tonight. (Well, the boys will, anyway. The girls will probably be a bit sleepy, and then wake up tomorrow just fine.) 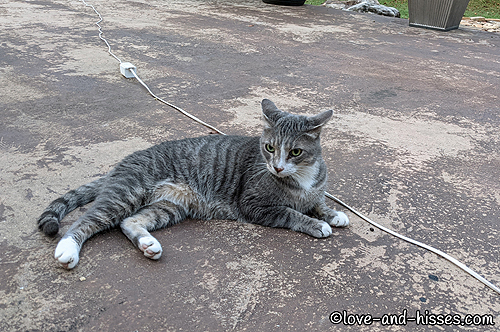 Archie and the Ears of Annoyance. 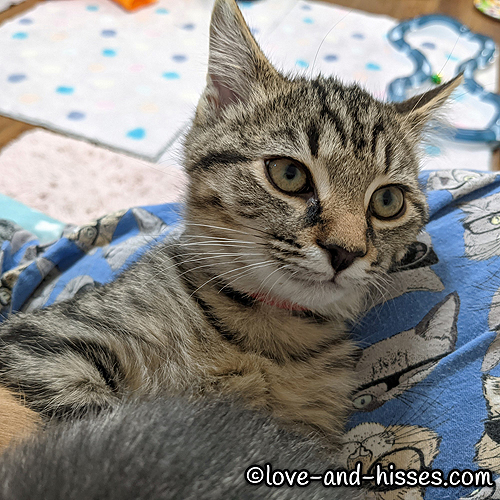 One of my favorite things about Barry: how he always looks slightly amused. 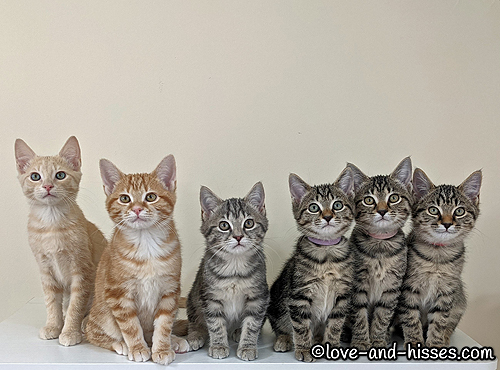 I finally got a shot of this litter that I am deeming perfect – all lined up, you can see all their faces, they’re all looking in my general direction. PERFECT. And the 3 brown tabbies are lined up so you can see the difference in their eye color. Left to right: Sammy Samarium, Ozzy Osmium, Carli “Suspish” Calcium, Nikki Nickel, Ruthy Ruthenium, and Smilin’ Barry Beryllium.

YouTube link
Alfie, Christopher and Nikki and the cool track toy… and Ozzy’s got his eye on those feather teasers. 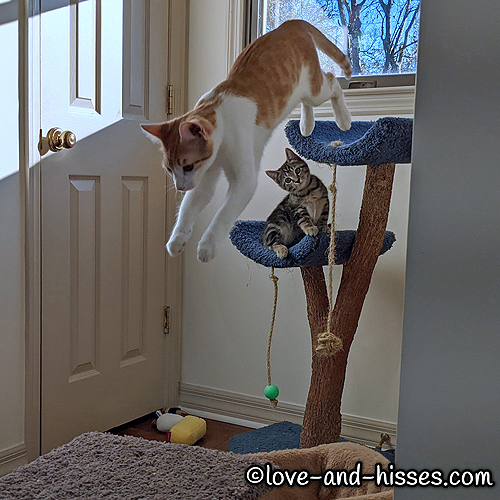 Alfie, mid-leap, with Nikki looking on. (And yes, he stuck the landing perfectly!)

YouTube link
Alfie and Christopher have another go at the Da Bird teaser… I love that the little kittens are right in there trying to get it too. (Meanwhile, Uncle Charlie prefers to stay over here, thank you.) 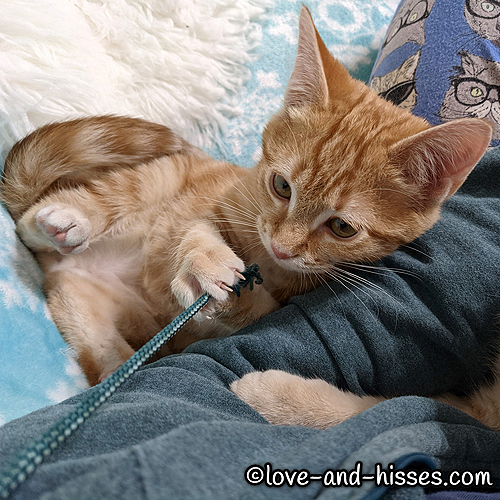 Ozzy’s got the cord to my hoodie, and he ain’t lettin’ go! 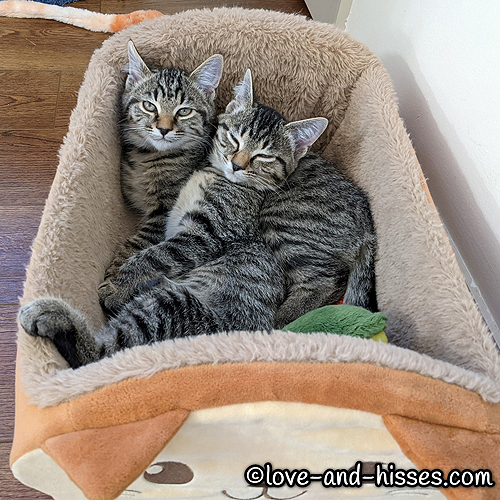