How is the search going for Kim’s special food?

I’ve suspended my efforts for now – she seems interested in the Royal Canin Renal Support food, but I can’t give it to her in the same room as the kittens because they’ll eat it (and she’s so sweet, she will hang back and let them eat it), and trying to put her in another room and feed her separately just stresses her out (she doesn’t eat, and just howls at the door.) I’ve decided to wait until the kittens are gone before I give it another try.

He might like it because it’s close to me, but he can’t make the jump from the cake pan to my desk (it’s just a little too far – and there’s a lot of clutter on that side of my desk).

Hi! Any recommendations for catnip free plush toys for cats? My fur-nephew has never been introduced to catnip and I’d like to find more toys for him. I have searched Chewy and PetSmart, but the results included catnip toys. Thank you in advance.

I remember seeing that PurrfectPlay.com has a specific catnip-free section, here. Y’all, please chime in – who knows about some awesome catnip-free plush toys for cats? 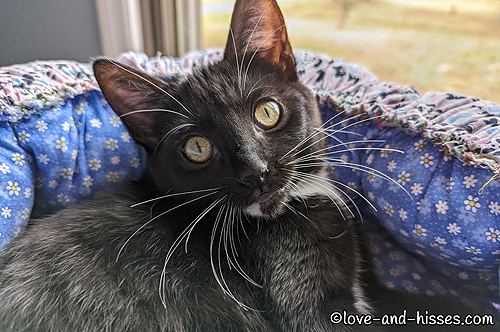 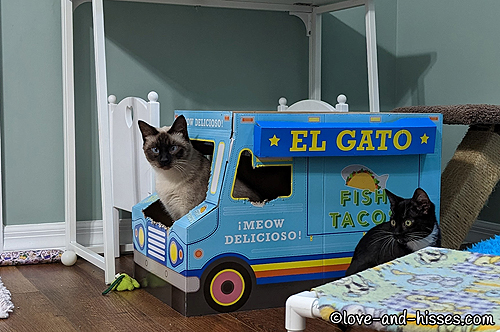 Kim wonders where all the fish taco truck customers have gone. 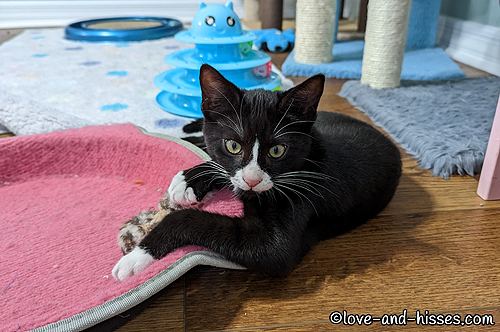 Please note that Saul has possession of the CatLadyBox Bow Tie toy. 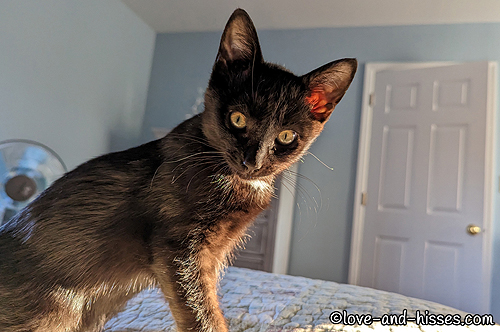 Mike’s keeping an eye on me. 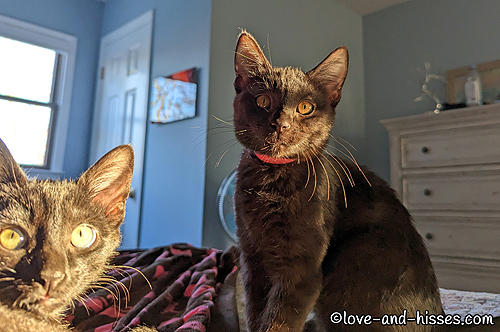 And now Mike (left) and Frannie are looking at me like “You weren’t invited to this meeting.” 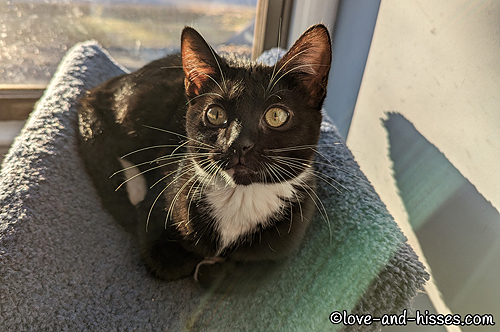 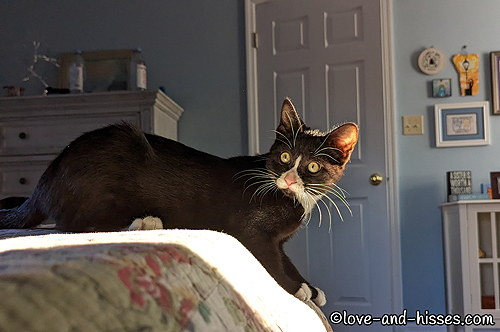 As does Saul (a moment before he launched himself to the floor and scampered about like a wild thing.) 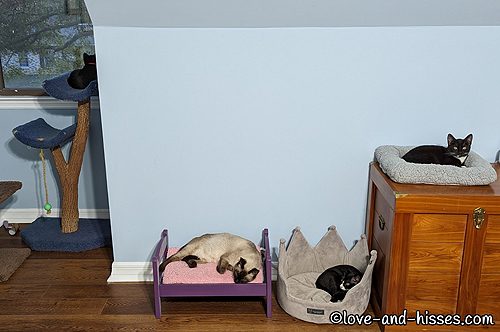 Frannie on the cat tree in the window (far left), Kim on the heated bed, Saul in the crown bed, and Nacho in the bed on the trunk. Hmm. Where’s Mike? 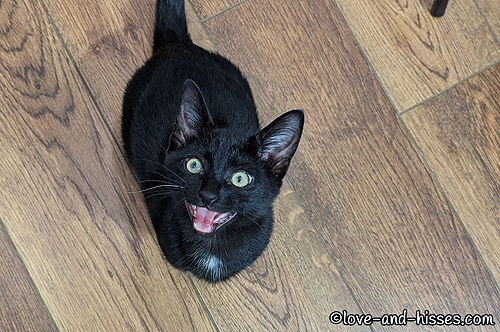 “HERE I AM!” Sitting at my feet yelling at me, of course. 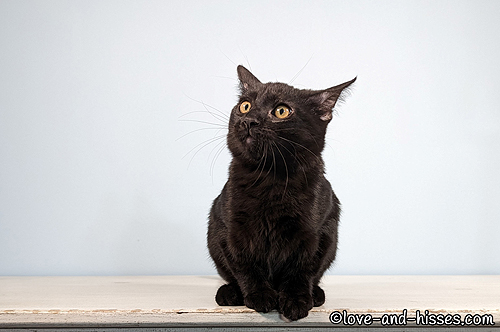 Frannie shows off her Ears of Annoyance. 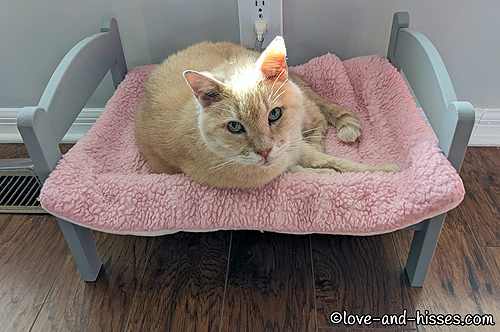 Newt’s really enjoying that doll bed lately (not least because there’s a heated pad on it, of course.) 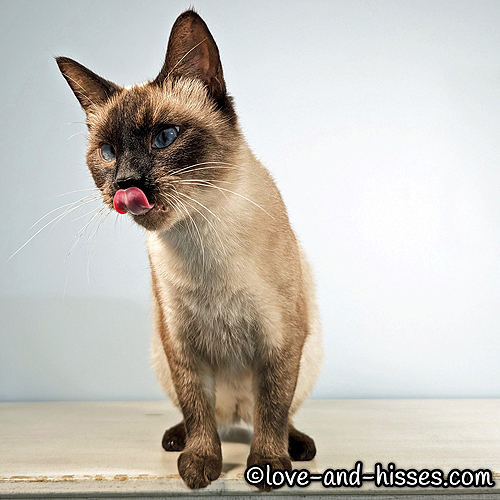 It’s Thlurrrpsday, and Kim shows off her amazing form. 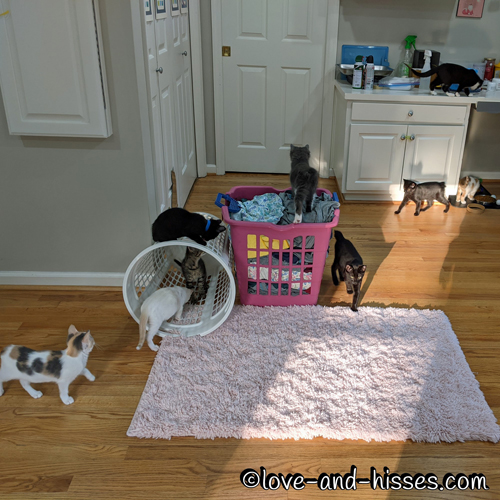 Throw Back Thursday: from 2020, when we were fostering the Vittles. There were 15 of them (not all related to each other) and they had ringworm. Judging by the caption (below) I was feeling a little irritable (and re-reading it 2 years later makes me snicker.)⁠

YouTube link
What we have here is a happy, happy Saul. 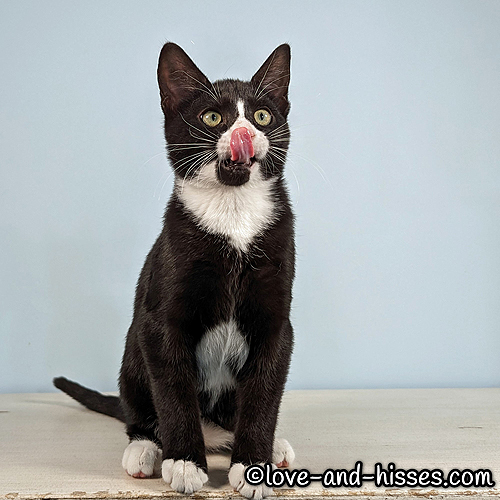 It’s still Thlurrrpsday, and Saul would like you to know that he can thlurrrp with the best of them. 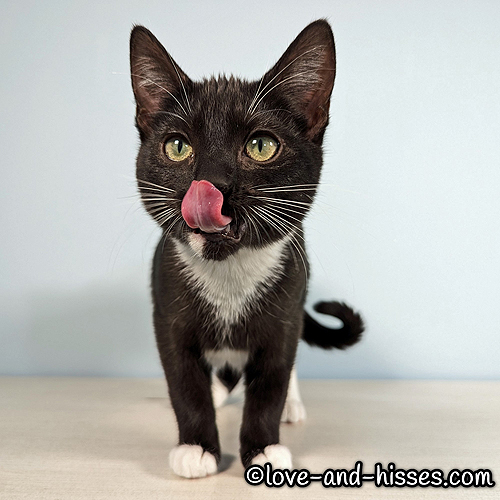 Just like her mama, Nacho has impeccable thlurrping skills here on Thlurrrpsday. 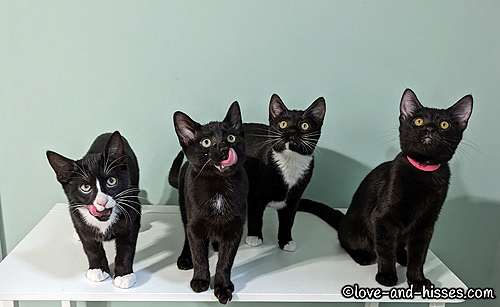 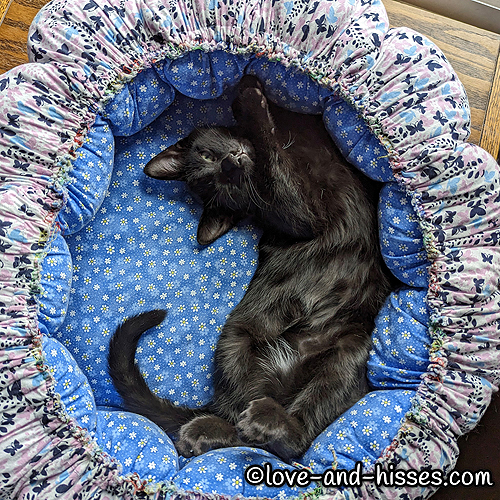