A couple of days ago I noticed that Charlie was sound asleep in his favorite crown bed, which is located in my bedroom. I walked into the foster room, and most of the kittens (and Kim) were sleeping, but Gus and Mike ran over to me. So I scooped them up and took them across the hall to my room, and shut the door. I just KNEW there would be some awesome floof suits. 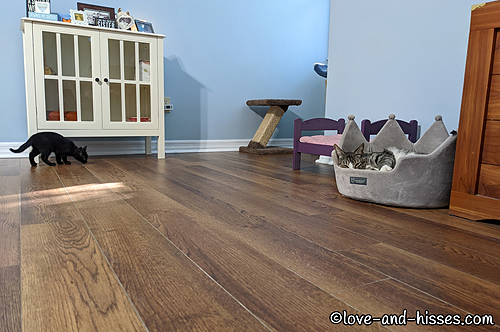 Charlie asleep in his bed, Mike sniffing around. 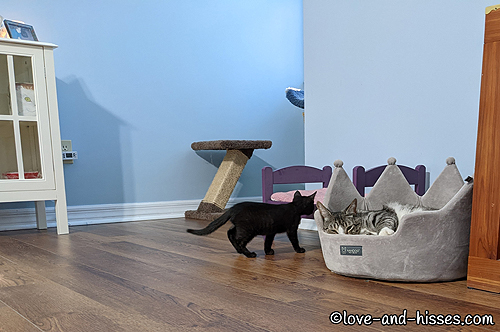 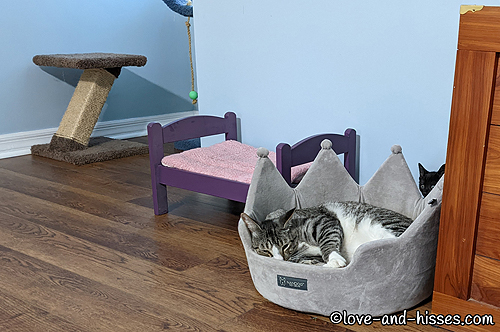 While it looks like Mike is looking at Charlie here, in actuality he was looking at Gus – who was across the room – and I am pretty sure he never even noticed Charlie.

(He is not detail-oriented, apparently.) 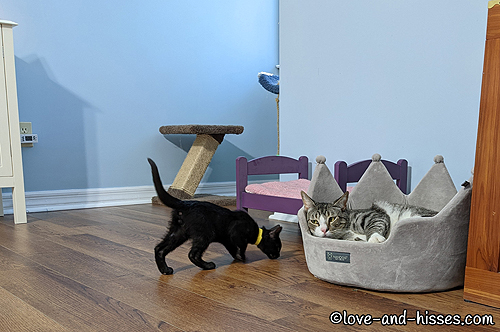 Mike ran off to play, and Gus came sniffing along. Charlie woke up and gave him the side eye. 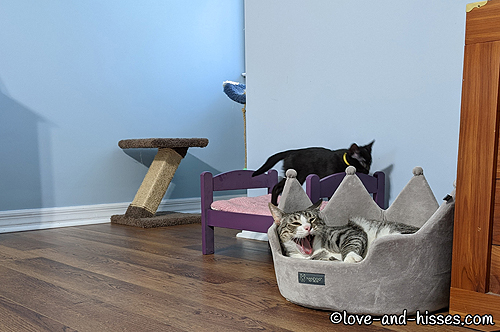 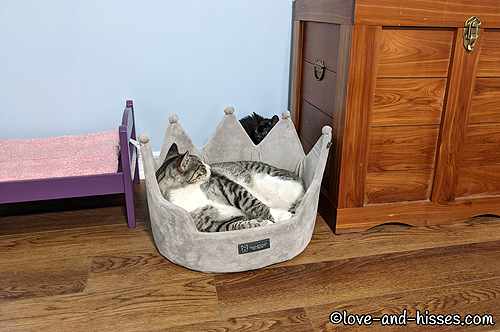 Gus sniffed around behind the crown bed… and then suddenly! 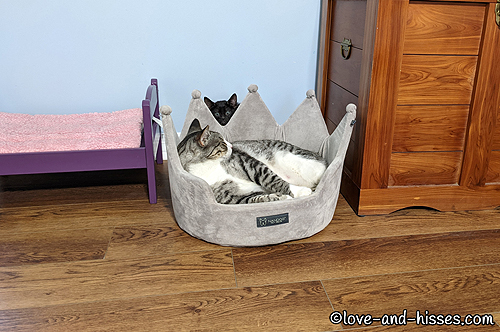 You can’t see his floof suit, but trust me: he was floofed. His little face is cracking me up. He’s all “WHAT THE-?!” 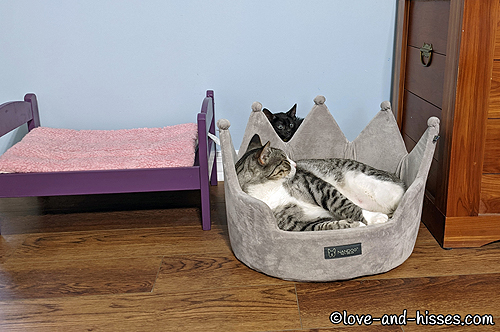 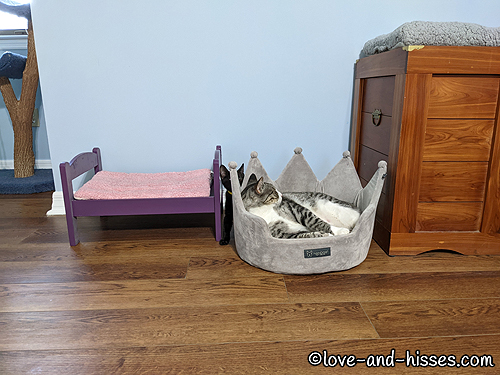 He sniffed a little bit… 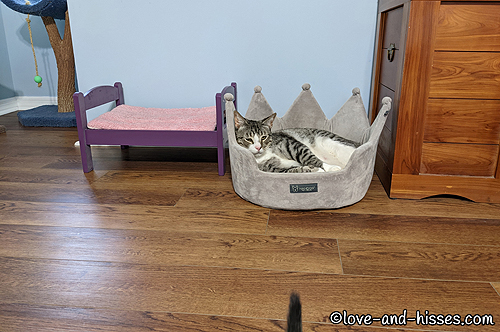 Then came to me to be petted. (By the time he came around the crown, he was de-floofed.) 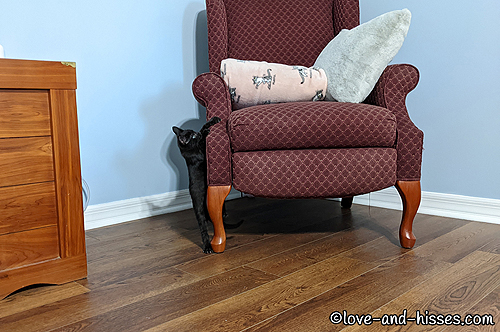 Mike checked out the chair. 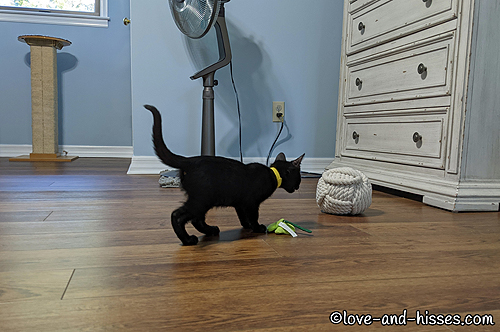 Gus checked out the doorstop. 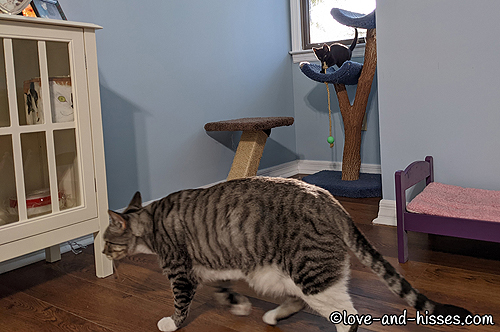 Then Charlie got up out of his bed and asked to be let out of the room (which I did.) I love Mike, up on the cat tree, looking at Charlie and not at all concerned.

There’ll be visits with Uncle Charlie in the future with the other kittens (or maybe ALL of the kittens), and I very much suspect that floof suits will be present. We can hope, right? (I’m going to be so disappointed if there are no floof suits.) 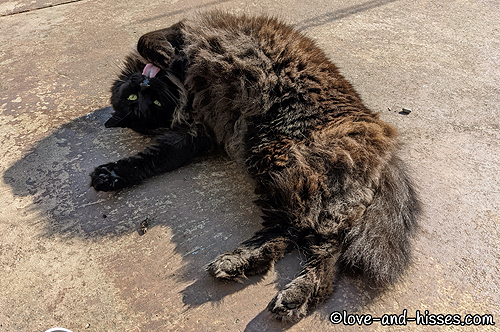 Khal, rolling around on the warm cement, being magnificent, licking his paw. As you do. 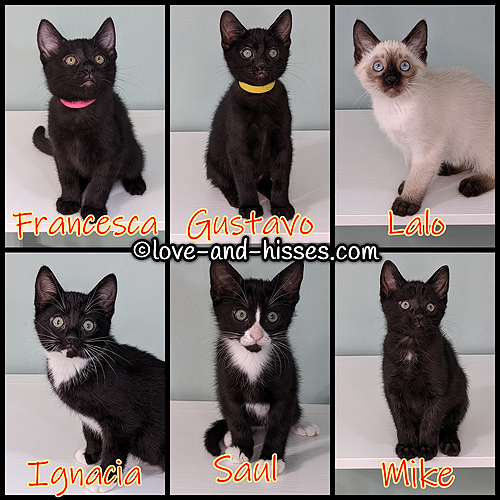 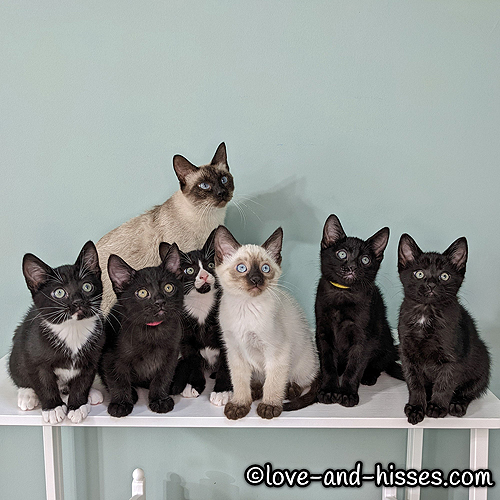 Line ’em up! Here’s the whole family: Mama Kim Wexler in back, of course, and in the front from left to right: Nacho, Francesca, Saul, Lalo, Gus and Mike. 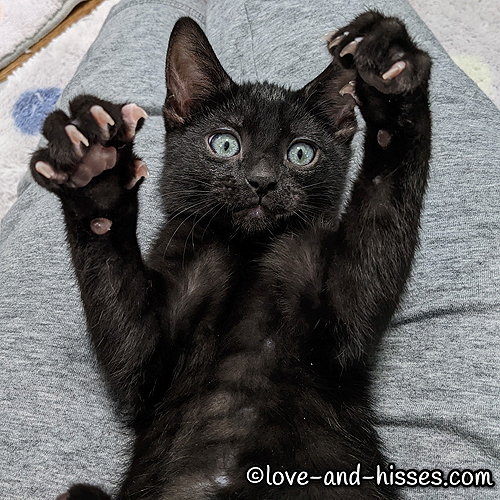 Gus is all “RAWR! I yam fearsome!”

YouTube link
I guess those kittens get their playfulness from their Mama. She’s having FUN. 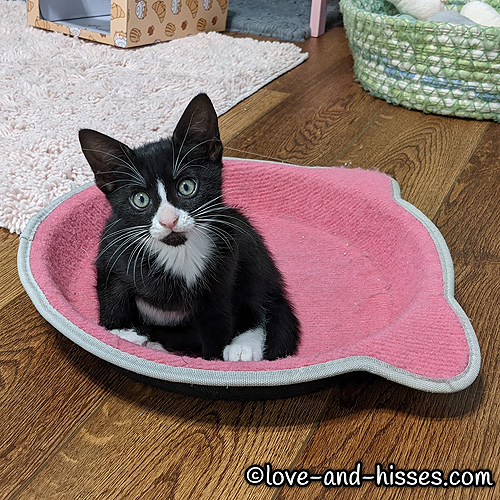 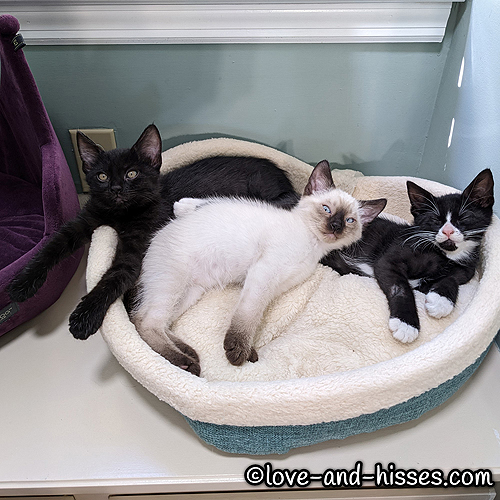