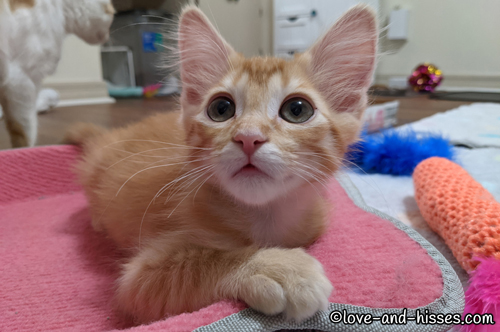 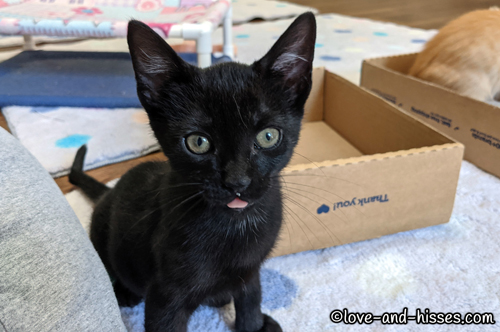 Sofia Soy Sauce with a blep (and a tiny piece of litter on her nose.) 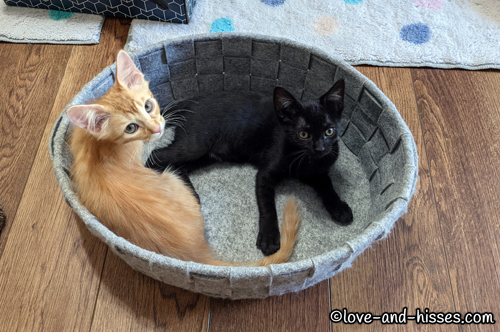 Theo Pesto and Sofia Soy Sauce are having a rest (and in the next moment they were having a wrassle.) 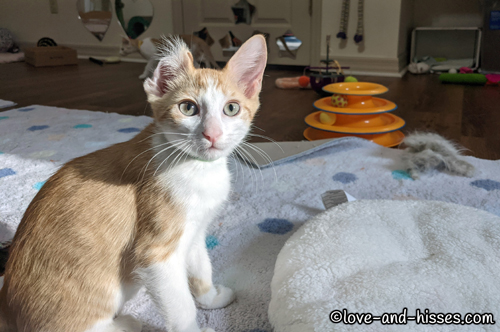 With his ear folded back like that, Franco Fondue looks like he’s wearing a fancy little hat. 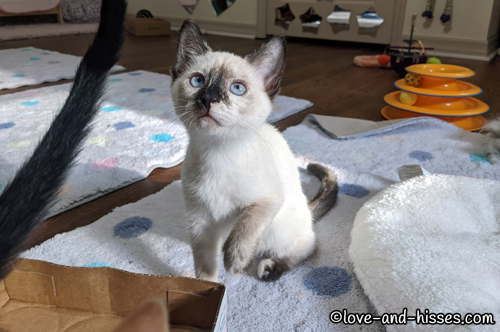 Hannah Hollandaise has the most adorable Precious Moments eyes. 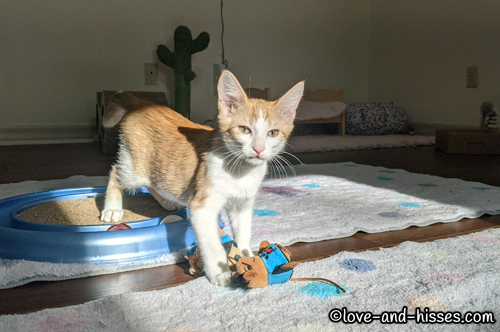 Franco Fondue considers his next move. 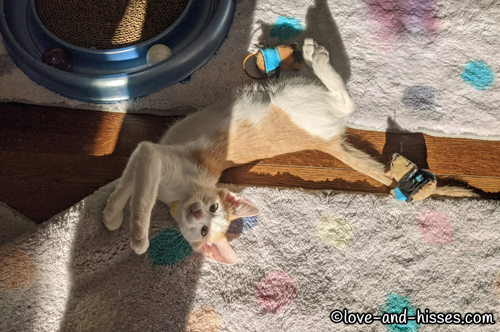 Christopher Chutney enjoys a little sun – but not TOO much. 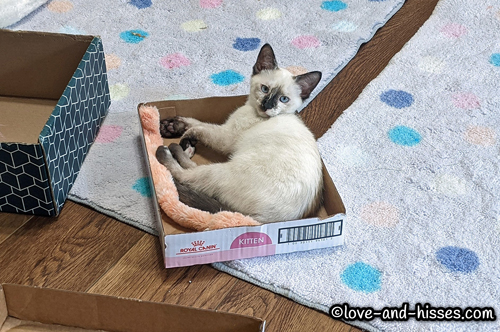 This box is accurately labeled, that IS indeed a Kitten. 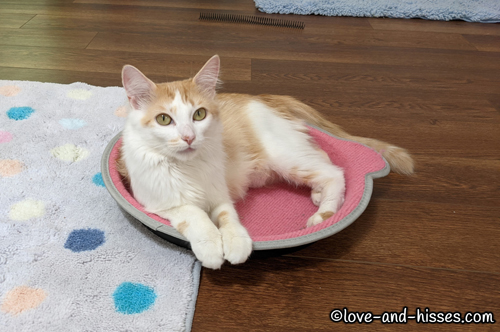 Sofia Soy Sauce, Hannah Hollandaise and Tia Teriyaki are off this morning for their spay surgeries! They’ll spend the night at the vet and will be back here tomorrow morning. 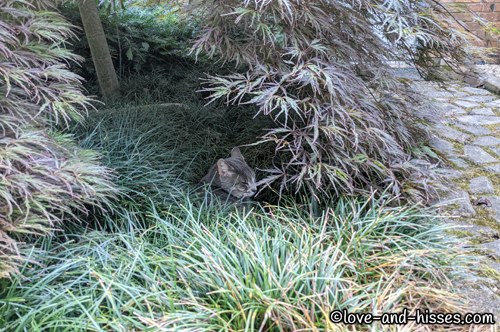 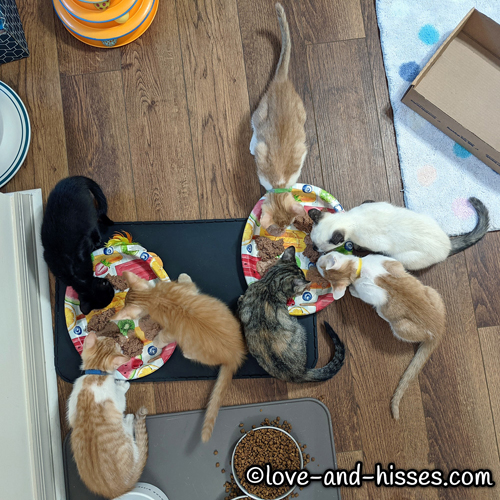 Breakfast is served! (Mama Molly Marinara takes her breakfast on the cabinet next to the sink, so she doesn’t have to share.) 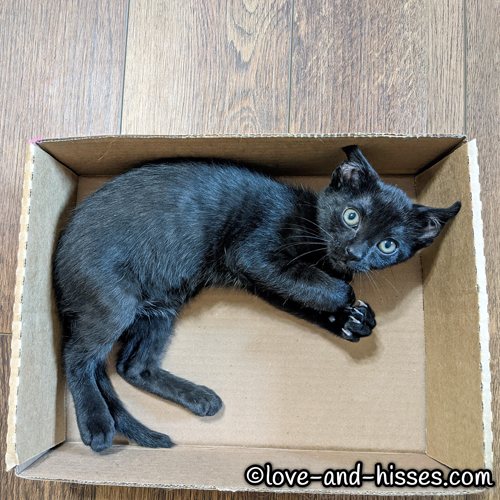 Sofia Soy Sauce is not inclined to share her box, thank you.

YouTube link
VIDEO
The kittens are really enjoying those boxes (and that grocery bag!) an awful lot. 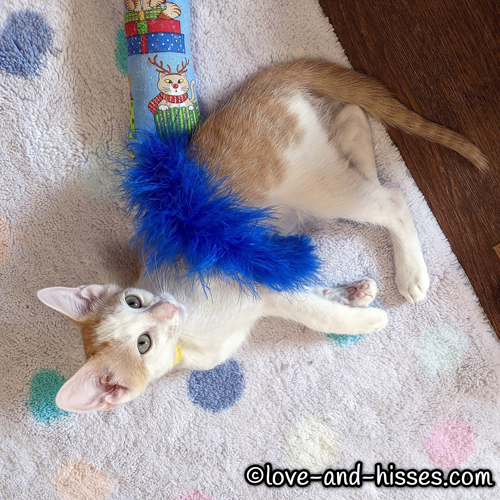 YouTube link
Oh noooo, Christopher Chutney is TRAPPED! (Doesn’t seem any too stressed about that, though!) 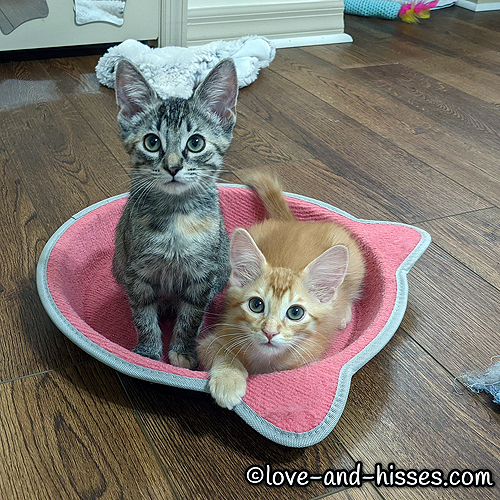 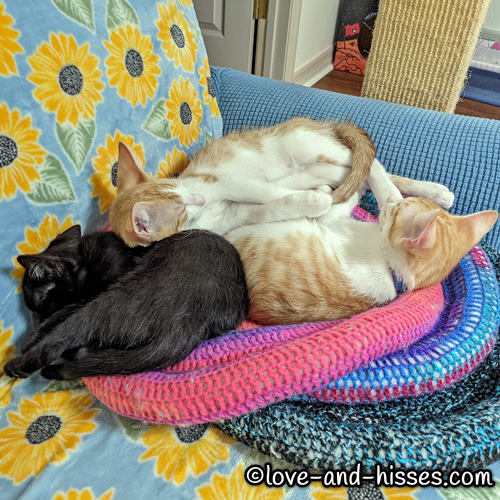