The kittens haven’t had much time out of the room since we’ve gotten them, and haven’t really seen much of Uncle Charlie. We tried letting Charlie in to hang out with the kittens and Molly Marinara about two weeks after I brought them home, and for a few minutes things were fine. But then one of the kittens floofed and hissed at Charlie, which kicked off Molly’s protective instincts, and a protective mama is a scary mama and now even if we put Molly in the sitting room and try to coax Charlie into the room to see the kittens, he refuses. (And I would never in a million years force Charlie – or any permanent residents – to be in a room of kittens against his will.)

I have let the kittens come out and sniff around a little (but not for long because the railing at the top of the stairs is wide enough for them to stick their heads through, and I can easily imagine a startled kitten running forward and falling to the floor below – I will be blocking the railing at the top of the stairs, I just need to get to the store to get what I need, which clearly has not happened yet), and the other day a few of them came all the way across the upstairs to Fred’s room and came face to face with some strangers. 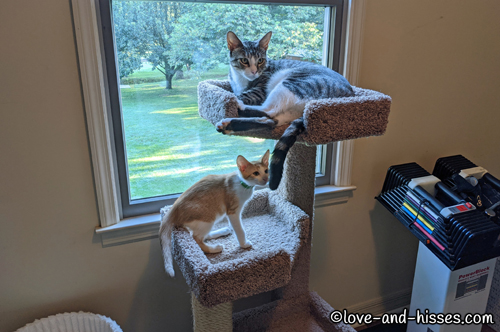 Franco Fondue sniffing Charlie’s tail (and in the next instant he floofed and hissed and growled.) 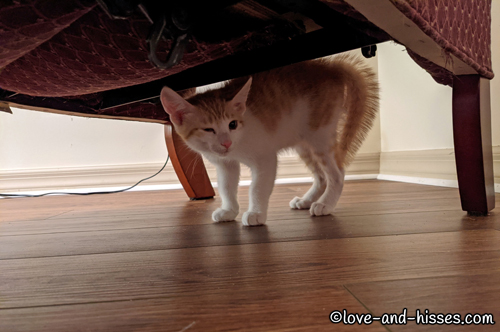 Alfie Alfredo with the floofy tail and the skeptical face. 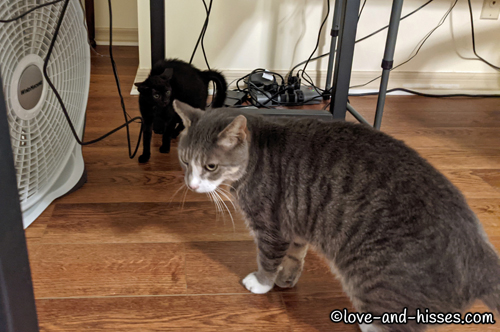 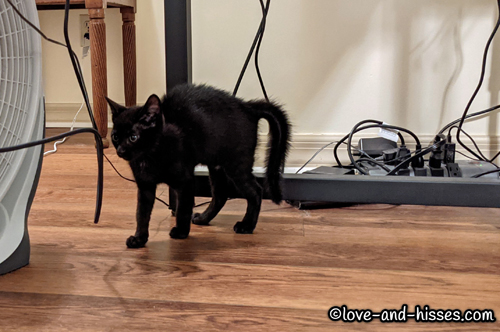 And she was like “WHAT THE WHAT WAS THAT?!” 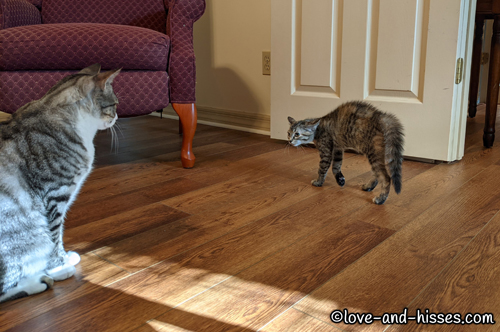 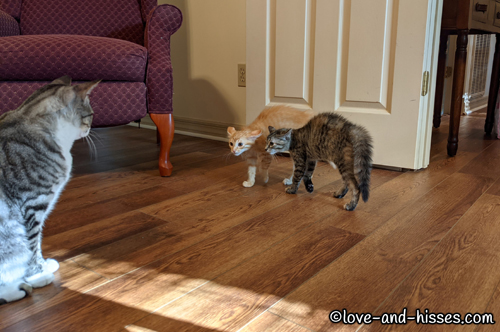 And Theo Pesto came along and was like “NOPE.” 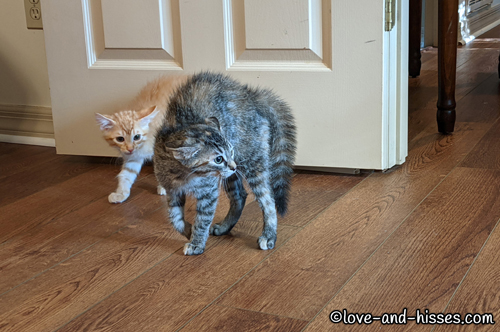 Uncle Charlie ever-so-carefully walked around them to go out the door, and Tia kept a close eye on him. 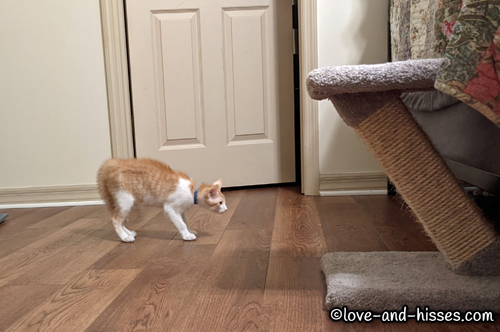 And Alfie Alfredo saw Uncle Archie under the bed and froze mid-floof. 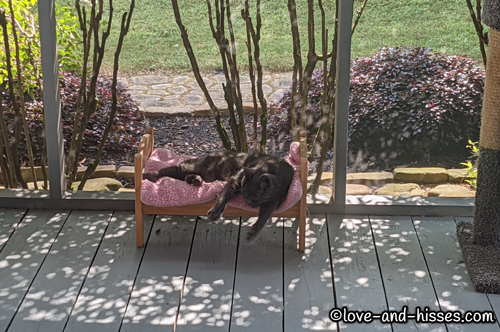 Jake was out cold like this and I thought I was going to have to go poke him into a more comfortable position, but he woke up and moved around so I didn’t have to. 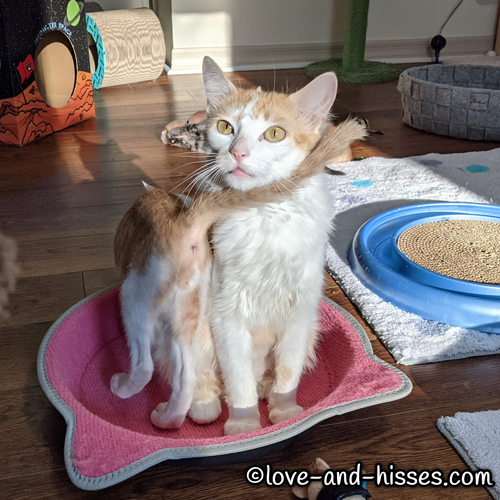 Molly Marinara wonders why there’s always some kitten’s butt in her face. 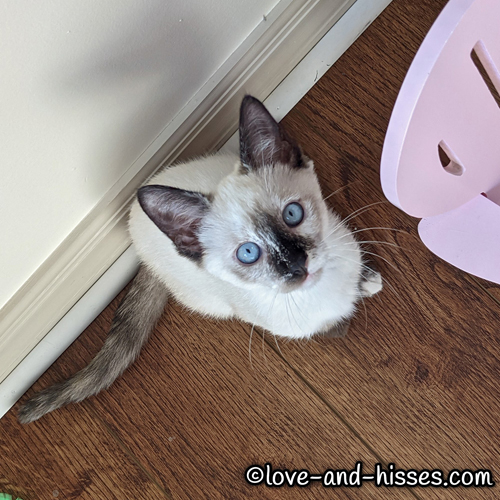 Oh that Hannah Hollandaise, she is SO PURTY. 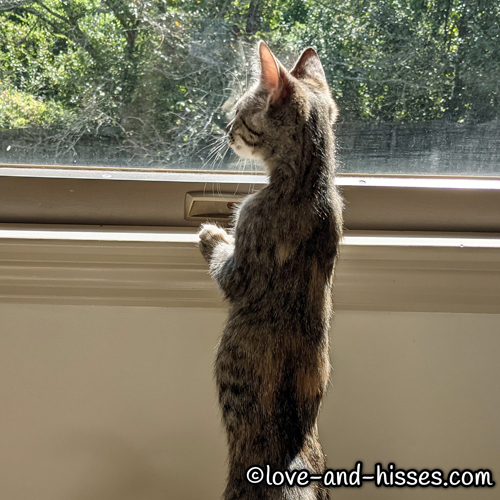 Tia Teriyaki checks out the view.

YouTube link
The Ring camera caught (permanent resident) Alice going after a chipmunk. The girl can MOVE. (The chipmunk, however, successfully escaped.) 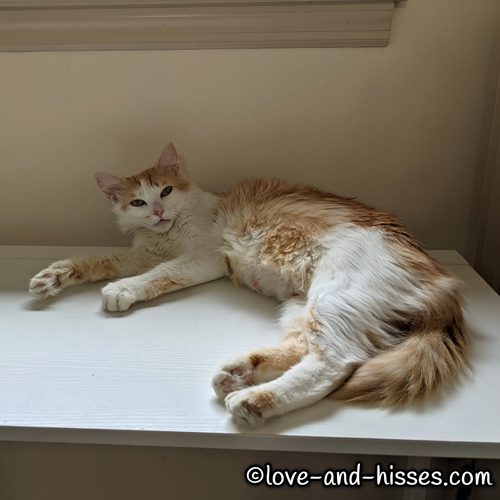