I blame the holiday weekend, and will likely go visit with my sweet boys in the next few days. Last report I got, from Jean who happened to be in Petsmart on Friday, they were curled up together in a non-scared manner on top of their litter box.

On Saturday, I opened the half-door at the end of the hallway upstairs and gave Martin, Melodie, Moxie and Dodger the run of the house.

They were distinctly underwhelmed.

Martin eventually made it downstairs and did some exploring on Saturday, became a little more comfortable on Sunday, and by mid-afternoon on Monday, he was helping the big cats clean their plates at snack time (the upstairs foster kittens get their “snack” of canned cat food first thing in the morning. The big cats downstairs get theirs mid-afternoon.). The other three have been down several times to look around, but they’re more comfortable hanging out upstairs. It’ll take them a little more time to spend any real time downstairs, which isn’t surprising – they think of upstairs as “home”.

The biggest surprise to me is how well the big cats have dealt with the little cats. Reacher and Corbett genuinely like the little cats, and have been seen playing with them and giving them the occasional lick on top of the head. Neither Reacher nor Corbett have Bolitar’s drama-queen nature, so aren’t picking on the babies. 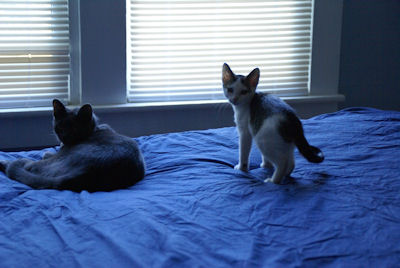 Martin approaching Jake for some love. 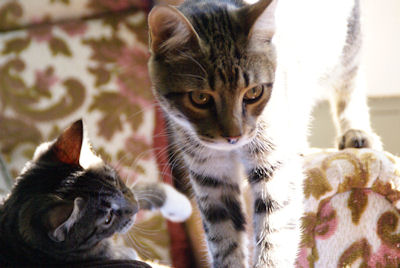 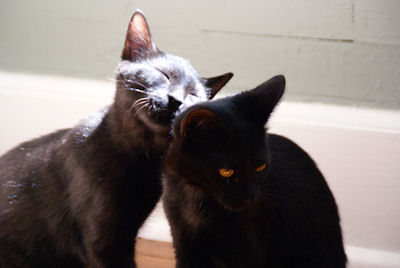 I’m sorry, is Dodger THE biggest love bug on this planet, or what? He loves loves LOVES everyone. 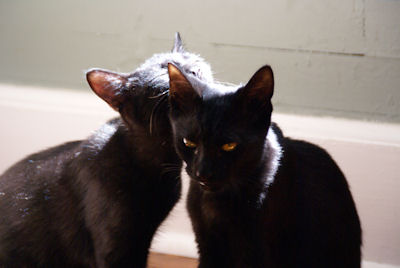 Moxie puts up with the flood of love coming her way. 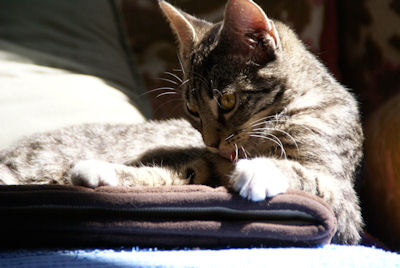 Melodie in the sun. 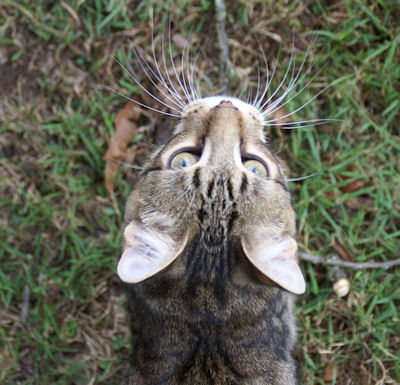 When I go out into the back yard in the mornings to snap pictures, Corbett likes to come lean against my leg. 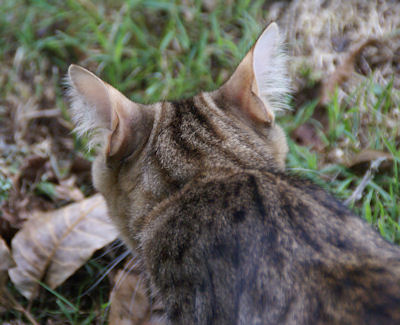 Corbett’s got a bit of the ear floof going on. Nothing like his half-brother Gus, but certainly a bit more floof than your average cat. 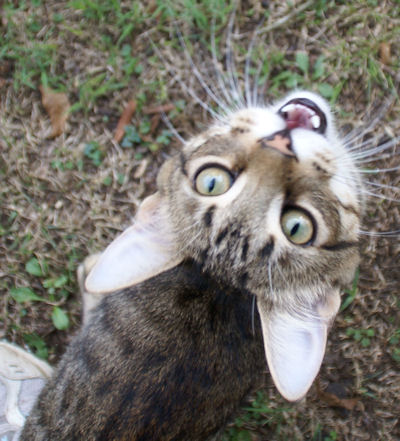 Sometimes he likes to tell me how it is. 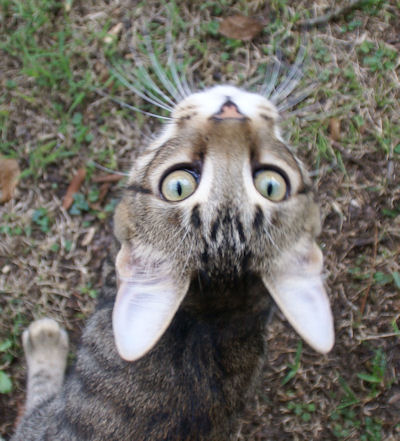 And sometimes he just gives me the look o’ love. 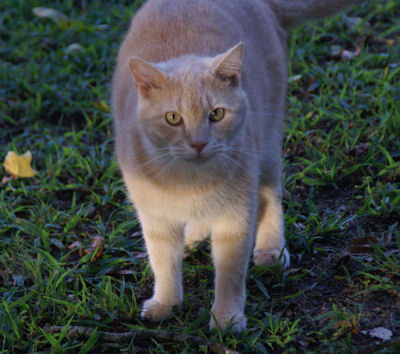 Newt wonders if perhaps it might be snackin’ time?