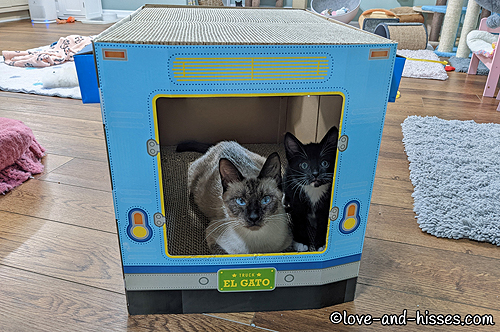 Hmmm. I wonder what Kim and Nacho are selling out of the BACK of the fish taco truck? 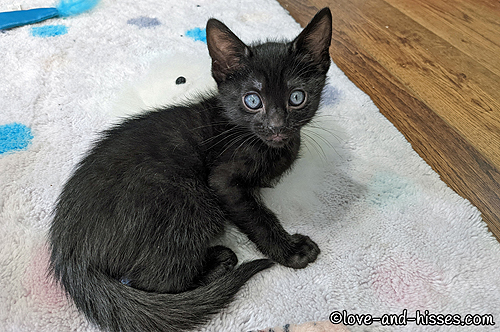 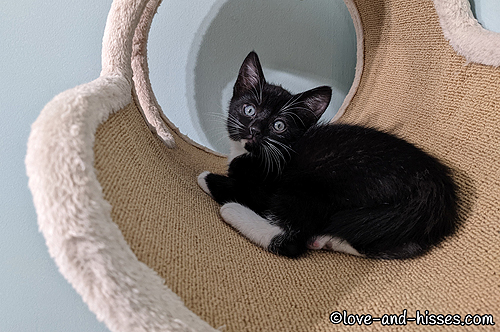 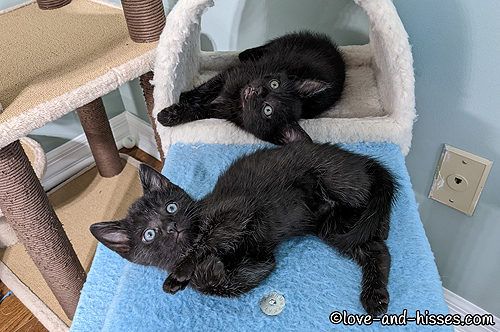 Francesca (back) and Mike, also chillin’. 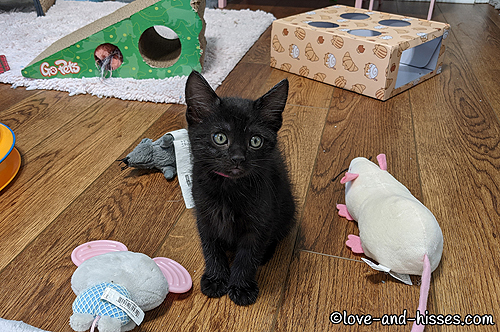 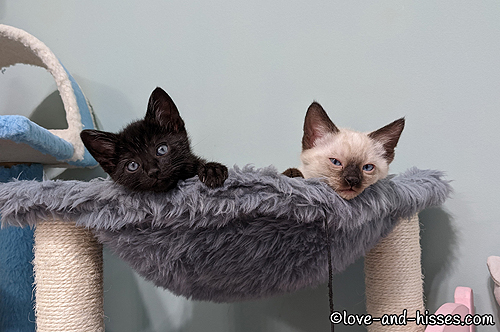 Mike and Lalo nappin’ in the hammock. 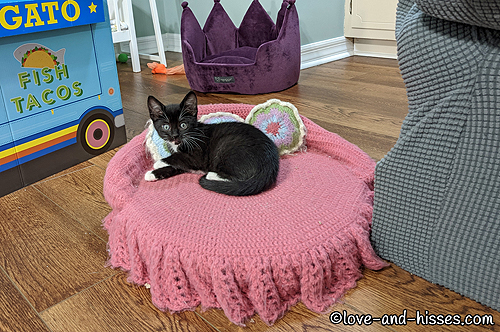 Nacho on the Fancy Sofa. 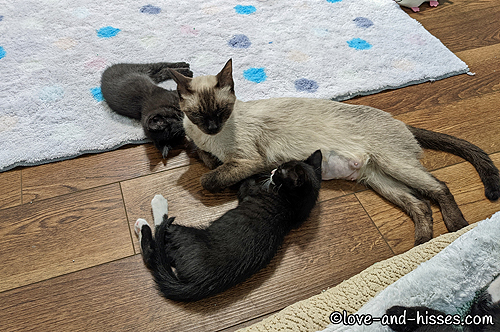 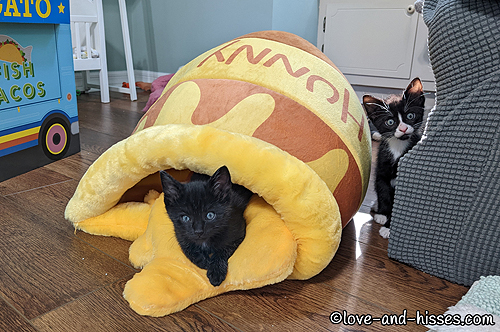 The kittens love hanging out under the Ham-mick so much that I thought maybe they’d like this Honey Pot cave. They checked it out, sniffed it all over, Mike and Saul (Saul’s FACE is killing me) posed for this picture, then they wouldn’t go near it. I moved it back downstairs for the permanent residents, and suddenly – after ignoring it during the summer – they can’t get enough of it, especially Archie. Go figure. 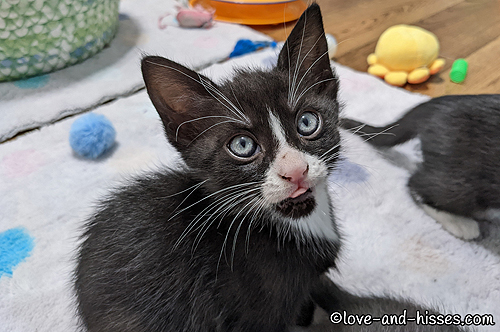 Saul’s got a blep. 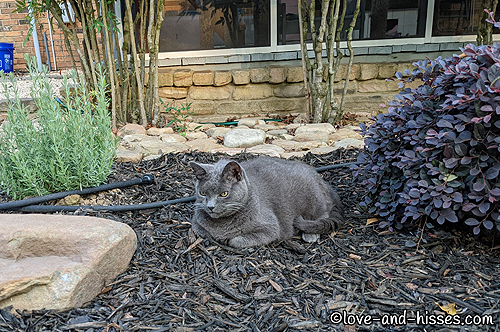 Jake smiling loonily in the back flower bed, between the lavender (which hasn’t bloomed. I think maybe it’s not getting enough sun?) and the Purple Pixie Dwarf Loropetalum. 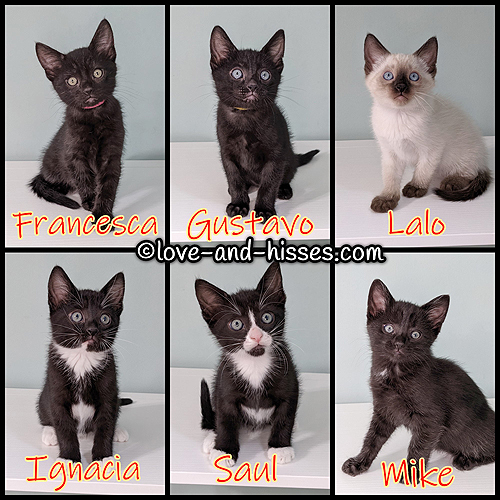 These little muffins are 8 weeks old today (except for Mike, who will be 8 weeks old on Sunday)! This is what they look like now. Is it just me, or do they keep on getting cuter?

If you’re curious what they weigh, you can see their chart here. 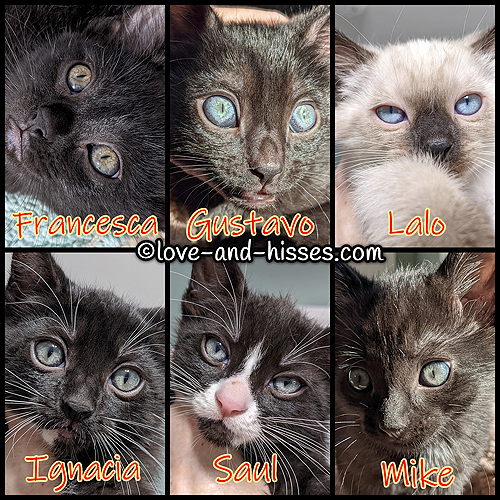 The eyes! There’s been a lot of change in the past week – Mike, who had totally blue eyes last week is now nearly totally green! Gus has a lot of blue left in his eyes, but you can see the green moving outward. It’s very cool to see the process.

YouTube link
Kittens and their toys. Mike’s got a toy rat he’s cleaning for the kill… and Francesca’s not going to share her toy (if you listen carefully, you can hear her growling at the other kittens.) 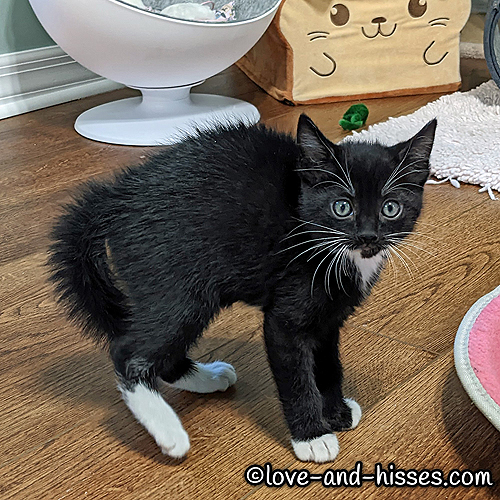 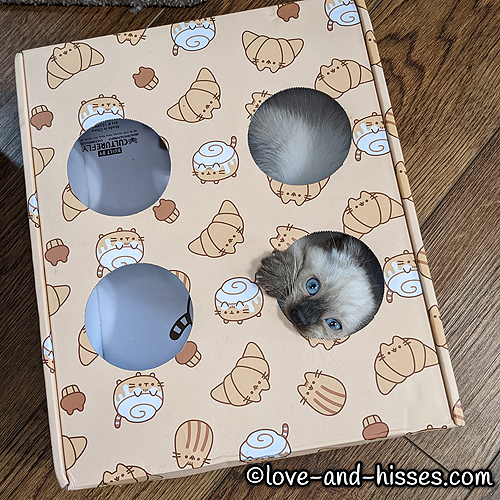 Lalo gets in his daily requirement of cardboard. 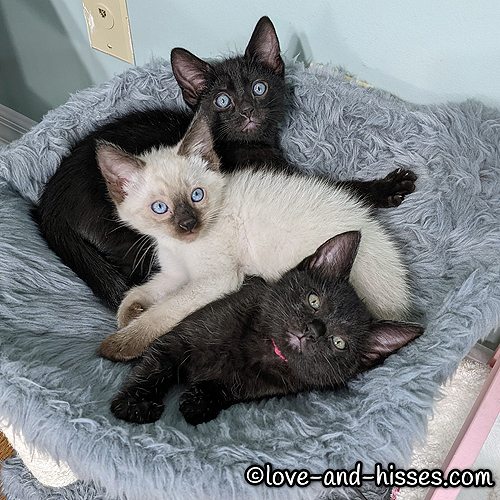 Good night innernets. (From Gus, Lalo and Francesca, none of whom look remotely sleepy.)