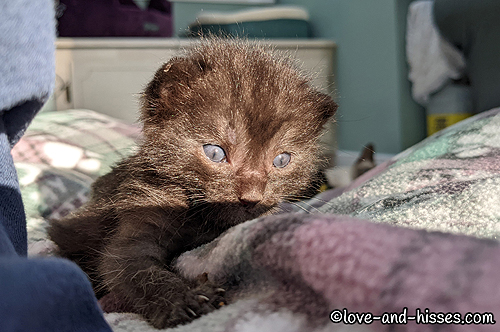 Mike in my lap, getting some sun. 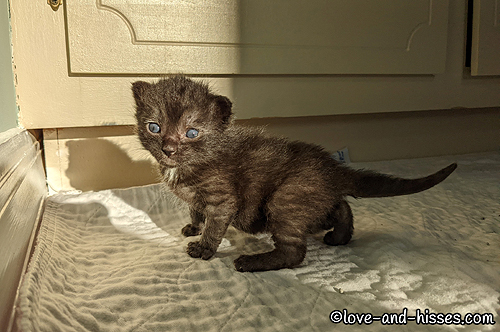 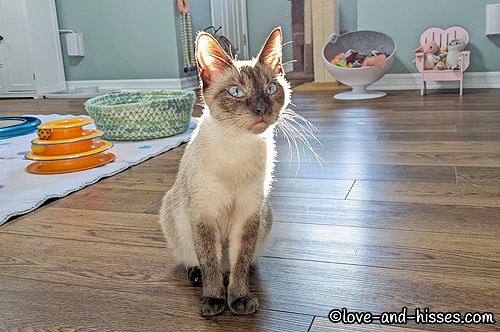 Kim has a think. 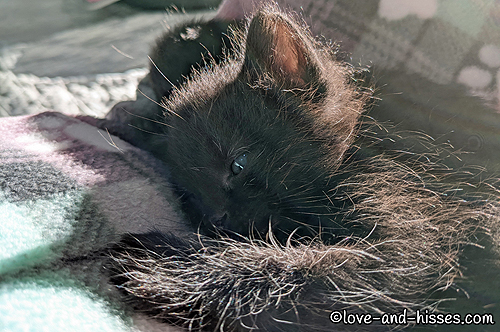 Francesca has a sleepy. 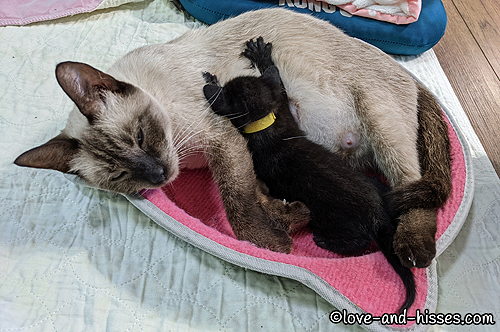 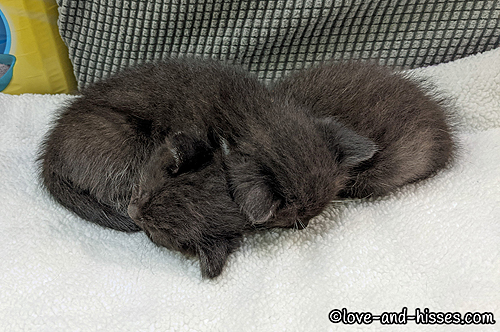 Francesca (bottom) and Nacho are a cute little pile. 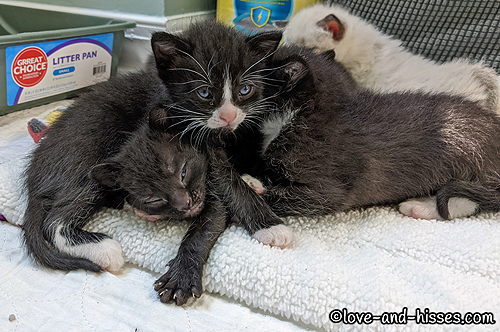 Gus is grumpy about being on the bottom of the pile. 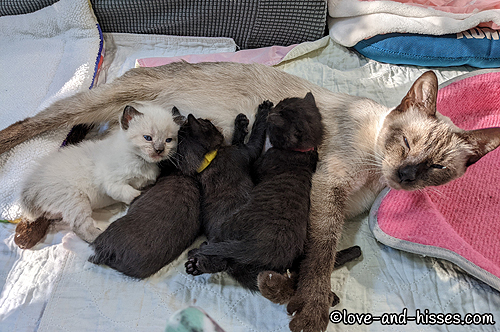 Lalo, Mike, Gus and Francesca at the milk bar. (Lalo is so very milk-drunk.) 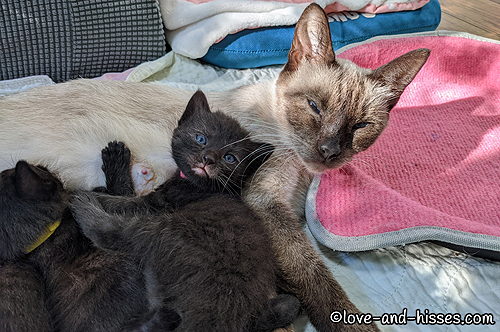 Francesca would like you to know that Gus is a very comfy footrest. 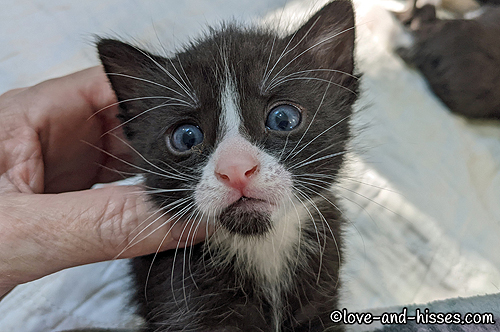 Saul finds everything so very amazing. 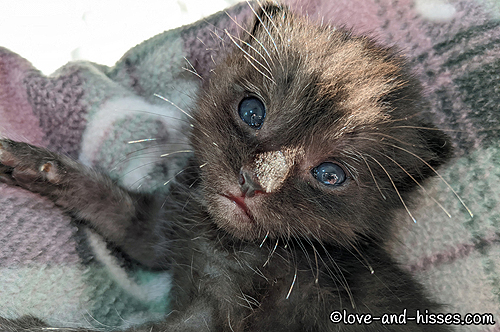 I glanced at this picture and thought “Oh no, what’s wrong with Mike’s eyes?!” 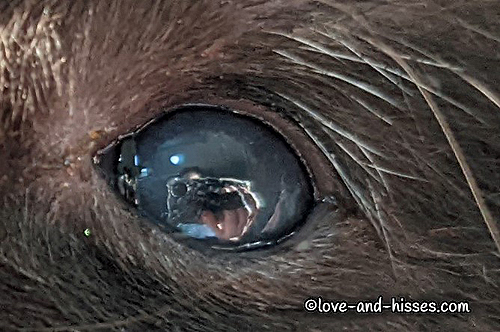 There’s nothing wrong with his eyes – I was just seeing the reflection of my phone. (Click on the picture to see a larger version of both eyes over at Flickr.) 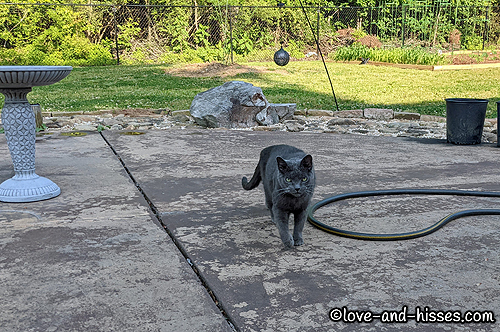 Jake walks slowly back to the house after a rough afternoon of snoozing in the grass. 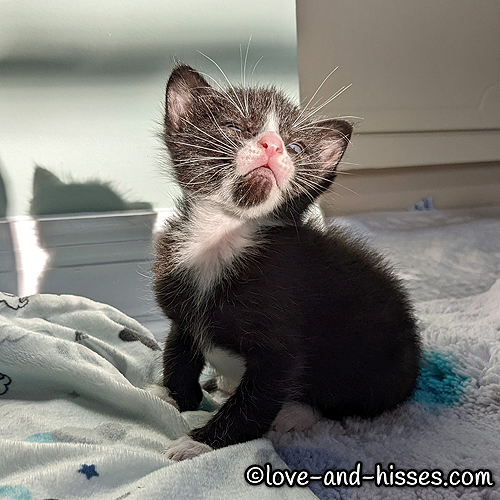 Saul enjoys some sunshine. (That boy’s face just cracks me UP.) 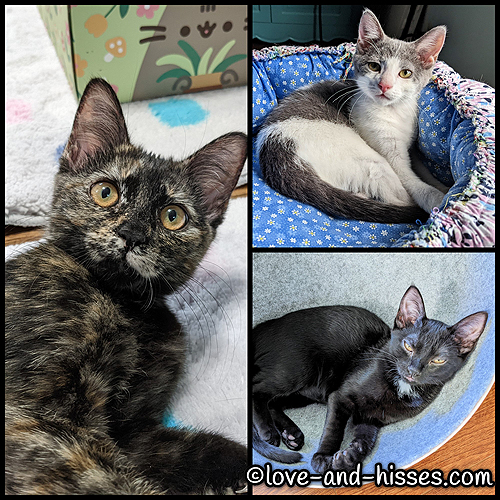 Update on Jenny, Brianna and Lizzie: They are still at Petsmart and still doing well. The volunteers report that they’re super playful and getting along well with the others. I know that we all hoped they’d have been adopted by now, but sometimes it just takes time. There are wonderful families out there for these girls, for whatever reason they just haven’t come along yet.

YouTube link
Kim’s having some Pie Time (joined by kittens) and the kittens are checking out the litter boxes. 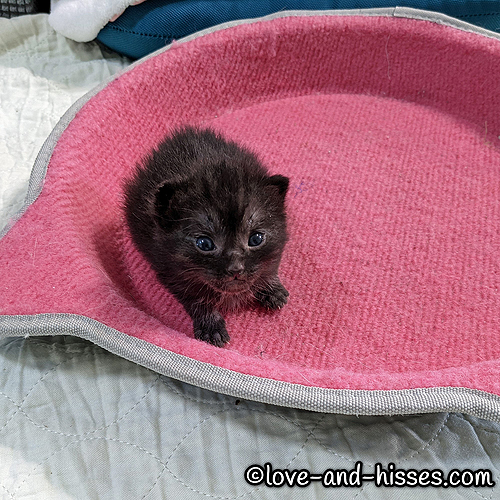 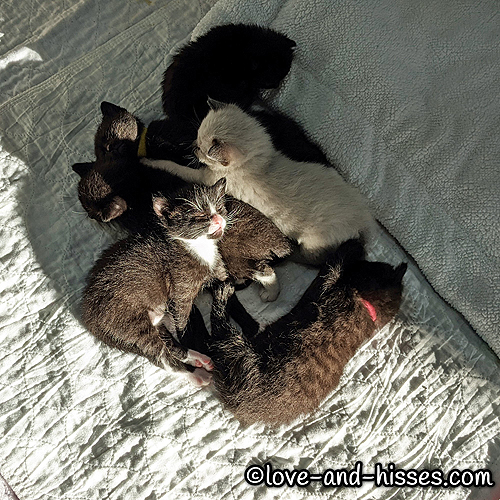 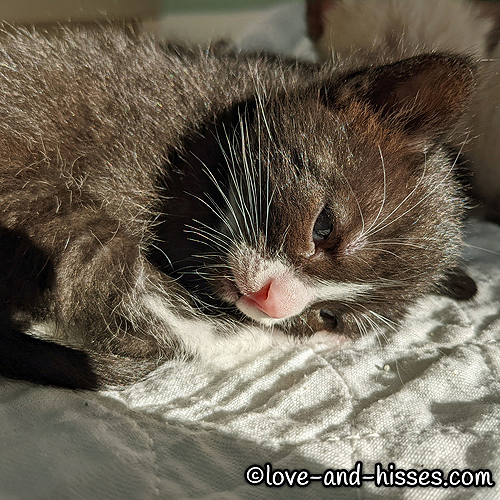