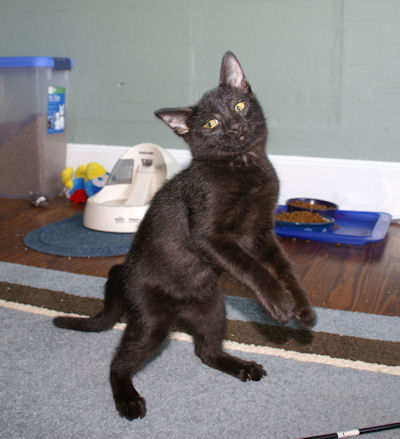 The face is cracking me UP. 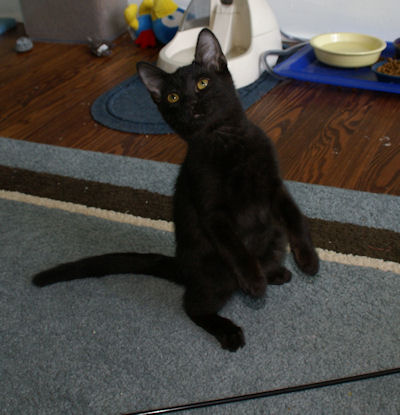 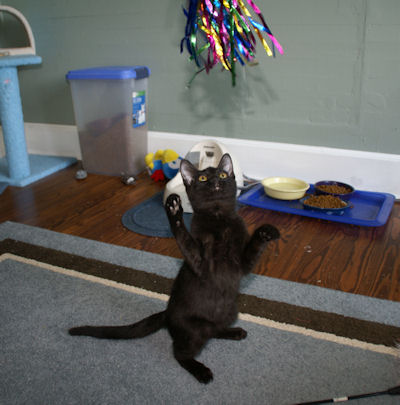 Over the weekend, Fred finally got around to fixing the door at the end of the hallway so that we could pull it across the hall and let the babies have a little more space to roam. Now, during the day, they have their room, the bathroom, and my room to run around in. At first, they weren’t quite sure what they thought about that, but after a few days they decided it was pretty cool. I can hear them up there racing around as I type.

The only problem is that bratty Bolitar can jump to the top of the door (it’s a half-door) with his ridiculously long and lanky legs, and he runs into the hallway and hisses and growls and just generally acts the big bully. He’s kind of like Godzilla, all flailing around growling while tiny Martin and Dodger and Melodie and Moxie go running for their lives.

Martin thinks he’s big and bad ’til he comes face to face with Godzilla, I’m telling you. Then he just kind of squeaks in terror and runs so fast his legs blur.

The up side is that Bolitar only comes over the door when I’m in there, so most of the time the poor babies can run and play without fear. 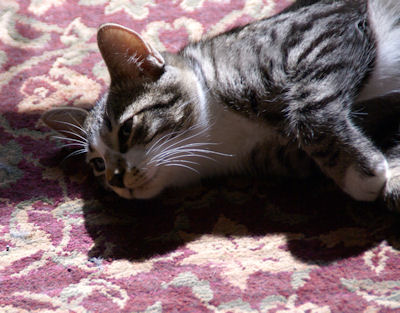 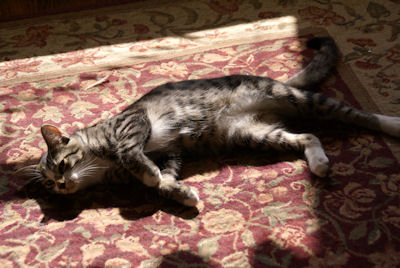 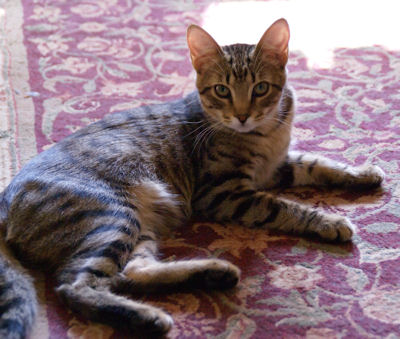 Corbett does not condone bullying. 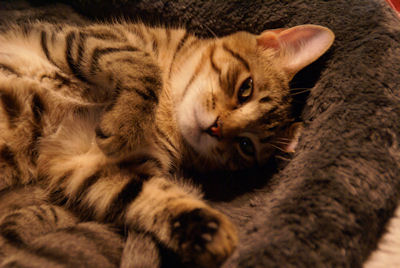 Corbett’s a lovah, not a fightah! 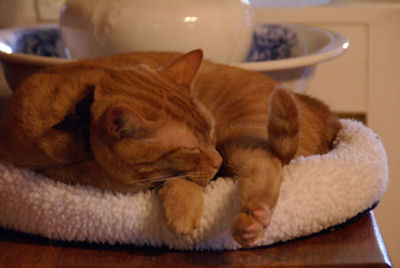