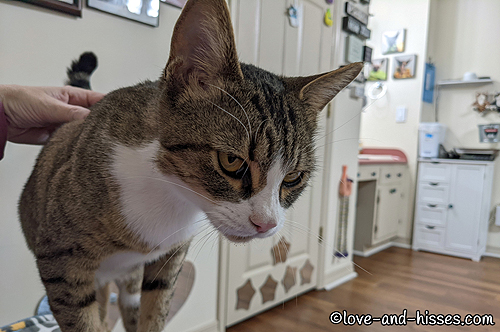 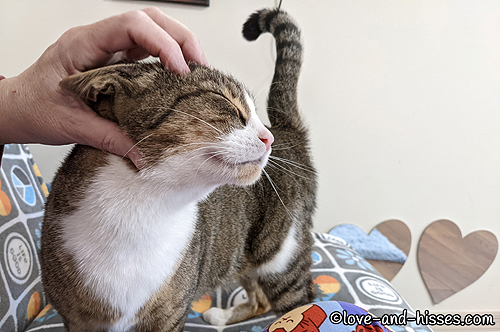 “Ahhh, yes. I do enjoy a good ear-scritching.” 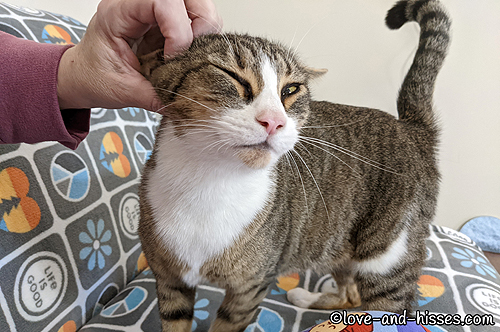 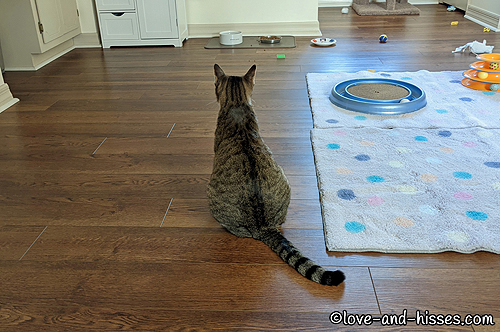 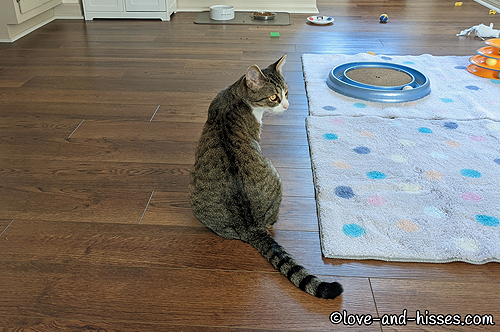 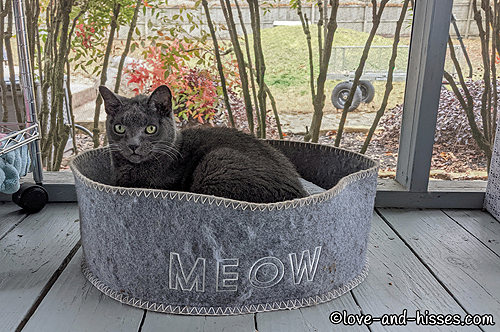 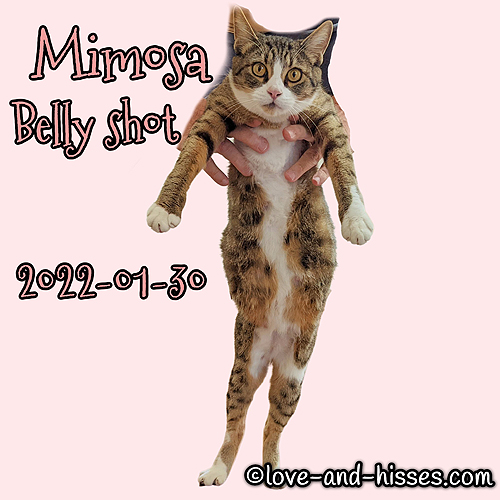 Here’s the first shot of her belly! Definitely a pregnant belly; definitely a way to go yet. (The vet who did the ultrasound couldn’t tell us exactly how far along she is or how many kittens she’ll have – the kittens had not yet mineralized, which happens at 40 – 45 days of gestation. My own personal prediction is February 17th (3 weeks after I got her), but I’ve never been great at predicting due dates, so there ya go.) 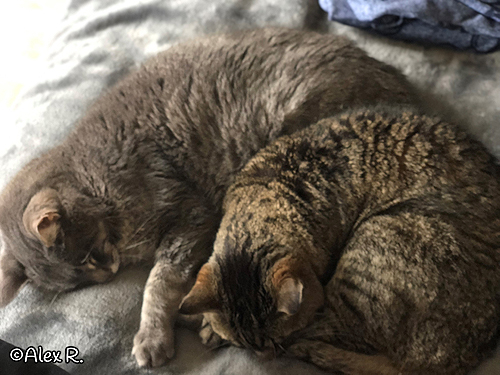 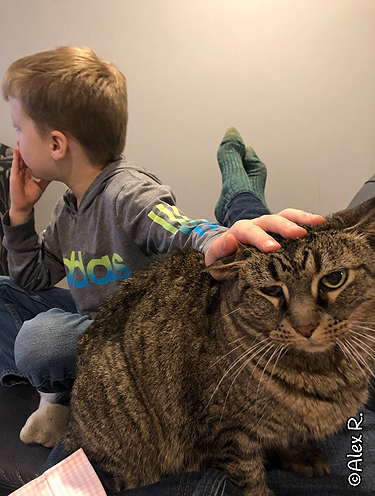 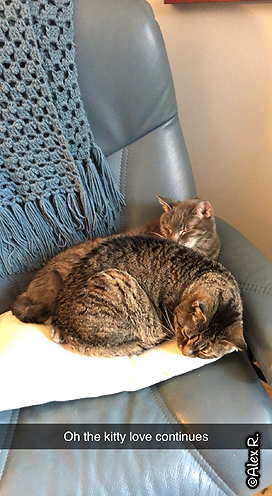 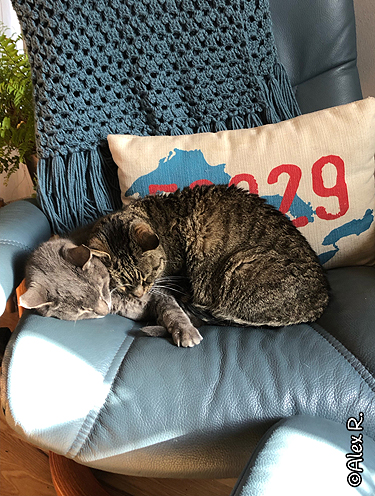 Former foster update – Maggie! Alex says: Just wanted to send a Maggie update. After we lost Tucker last year, Maggie and Bailey seem to have gotten a lot more close. I constantly find them snuggling each other.

She continues to visit me while I work and jump in my lap. My son Henry is totally enamored with her; though I can’t say the feeling is quite mutual, but she tolerates him usually.

Overall, Maggie is my little kitty who sleeps on my chest at night and likes to curl up in my lap whenever possible. She continues to be well loved and we are always grateful that she is in our life.

Maggie came to us as a pregnant kitty back in 2011 (!) and proceeded to give birth to 6 kittens. Later, she mothered three little orphaned girls (the Spice Girls). She was one awesome sweetheart. (Her face in that picture with Henry is just cracking me UP.)

Thank you for the update, Alex!

YouTube link
Here’s the time-lapse video from the Nest camera of the whole process of cleaning the foster room between one foster (with an upper respiratory infection) and the next, in case you ever wondered what that looked like. (Wish I could move that fast in real life.) 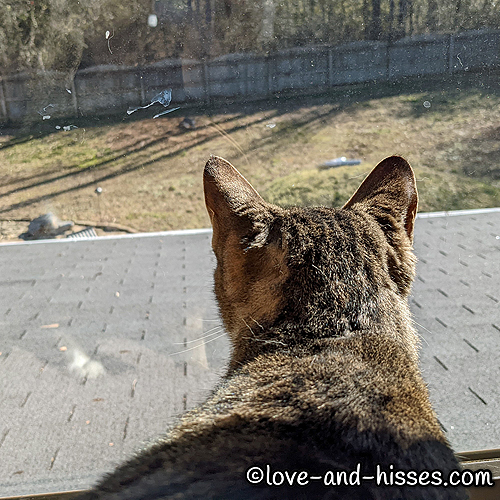 Mimosa likes to sit in the sun and growl quietly at whichever cat is walking around the back yard.

YouTube link
It took Mimosa NO time at all to understand that when I walk into the room first thing in the morning, there’s about to be canned food on her plate. And… in case I hadn’t mentioned it, she’s a talker! 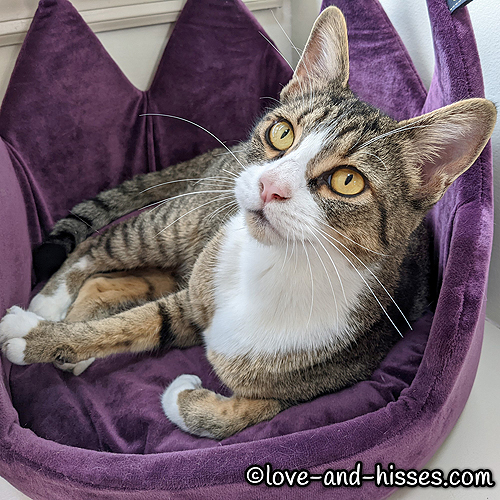