Is it time for toy tossin’? The kittens seem to think so! 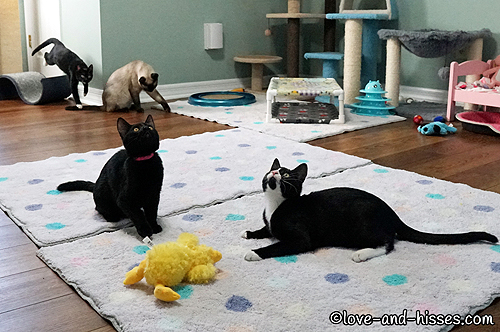 I love that Nacho is hurrying from the other side of the room so she doesn’t miss out. 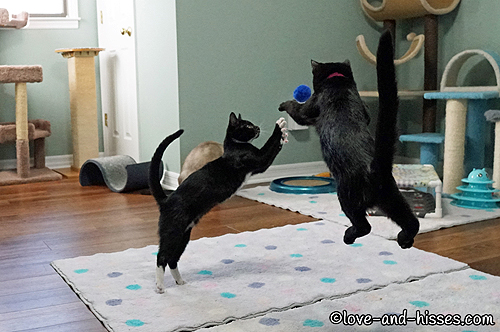 Saul decided to stay out of the fray, but there go Francesca and Nacho. 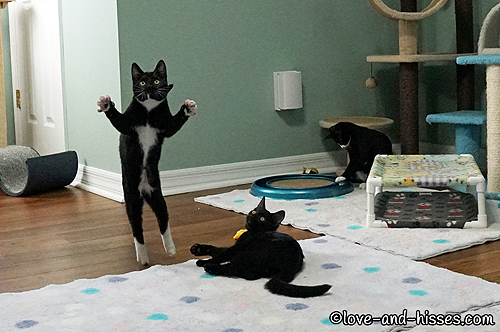 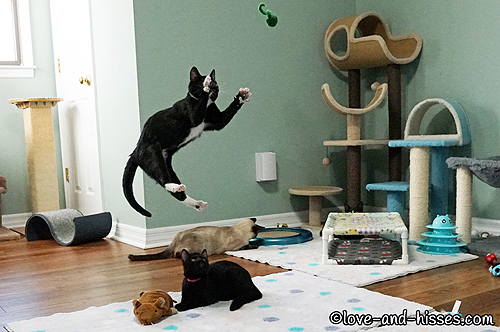 Flying through the air. 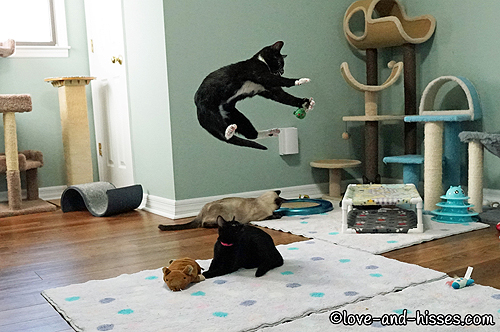 With the greatest of ease. 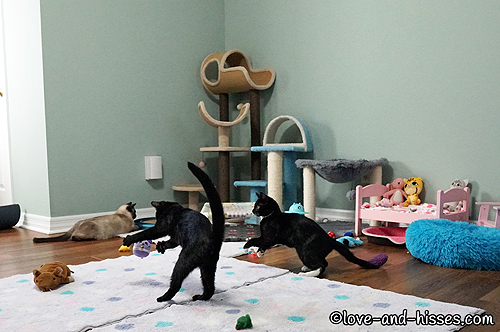 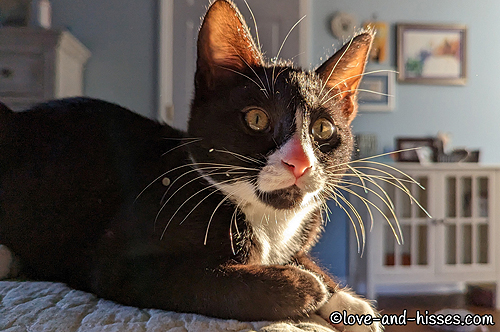 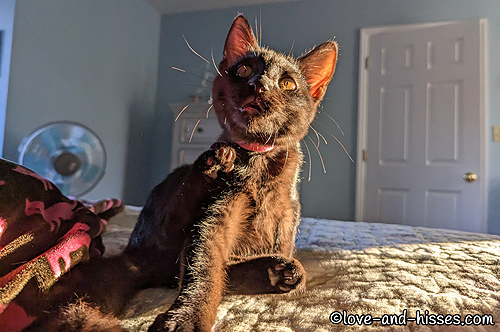 Francesca shows off her toeses. 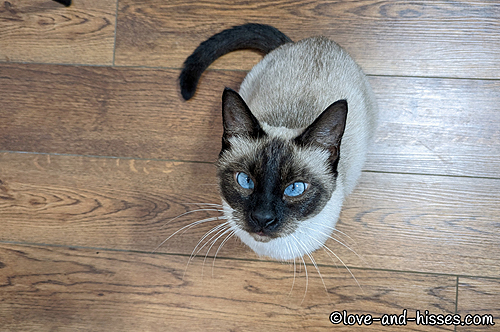 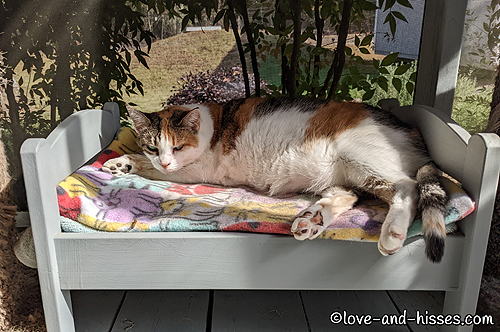 Alice in the doll bed, giving me attitude. As she DOES. 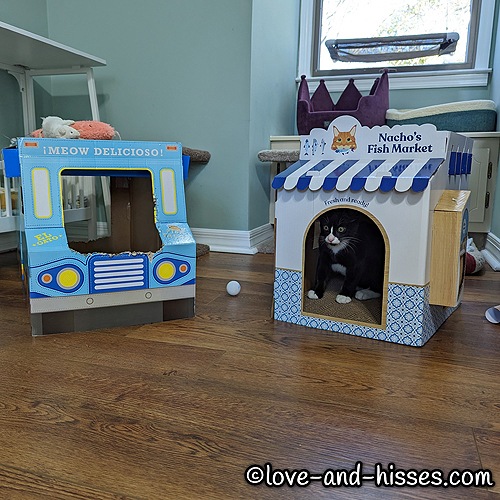 Saul is worried about working at both the fish taco truck AND the fish market now that Mike has moved on, but y’know? I think it’ll all work out, buddy. 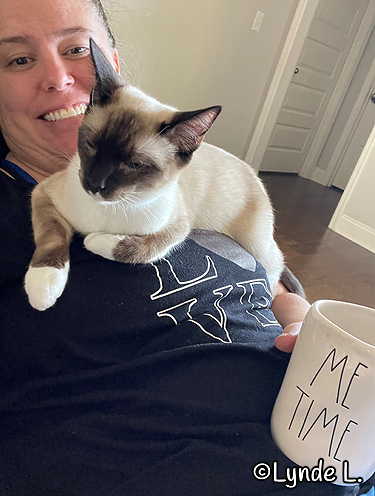 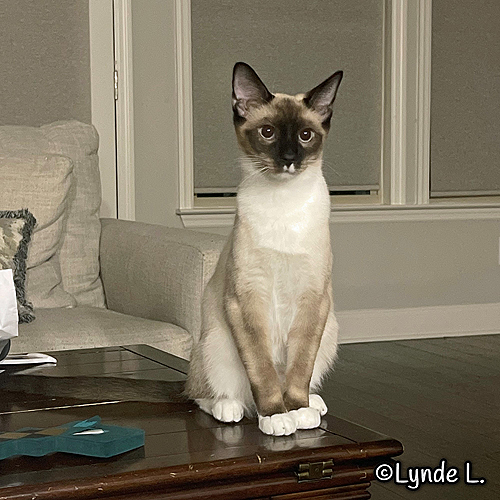 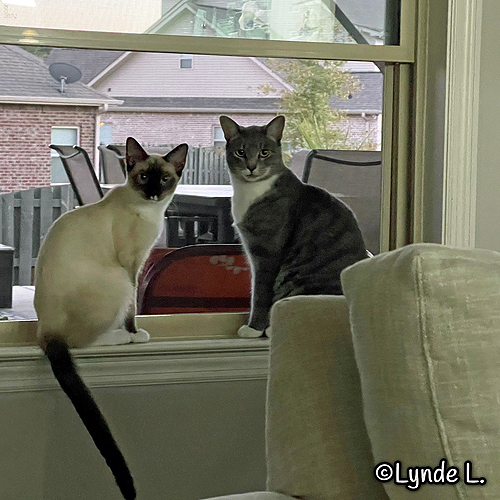 We have an update on TJ (formerly Fergus)!

Lynde says: Safe to say that TJ (aka Fergus) is happy with us. He’s growing like a weed and causing all kinds of trouble around the house like kittens do! Today, I got the kids off to school and stuff around the house done and decided to take some ‘me time’ with a cup of coffee. That was a joke 😂 He’s mom’s cuddly love muffin. His brother Kevin loves him too. They play, love, and fight just like their human brother and sister do!!”

How absolutely adorable is that? I love it! (Thanks, Lynde!) 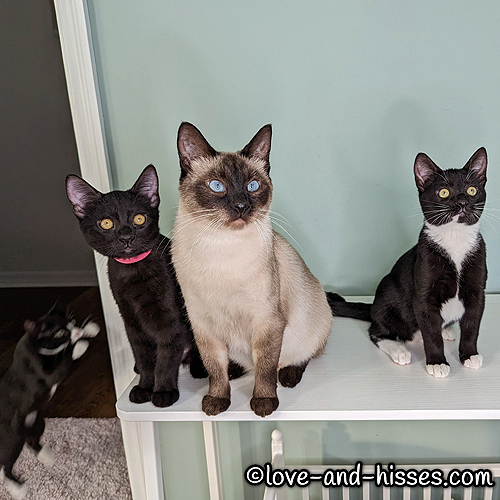 Just Kim Wexler and her girls Francesca (left) and Nacho, hanging out. 🙃 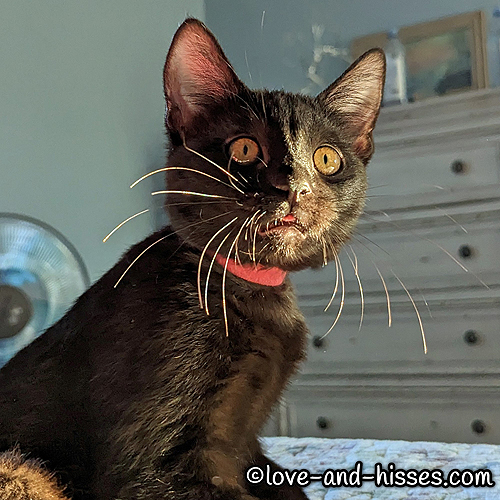 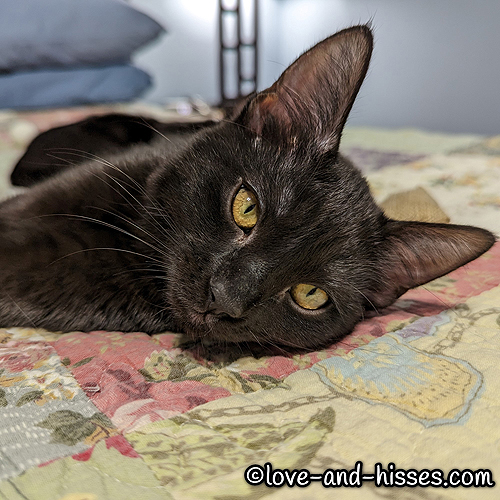