Back in 2018 we fostered a litter comprised of 9 kittens – some related to each other, some not. We named them after Maine towns and called them (obviously) the Mainers. They were a hot mess, those kittens, and were my very first experience with ringworm. It was a good time!

Two of those kittens… 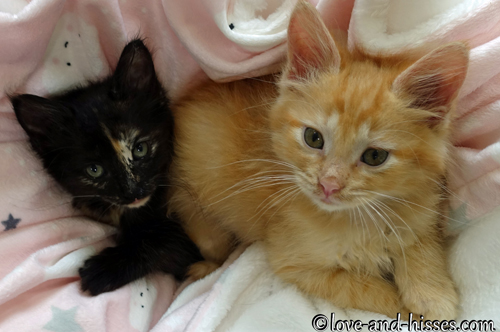 Dexter and Millinocket (now Mollie) were adopted together – their people drove down from Kentucky to get them. And here they are today! (The kittens, not the people.) 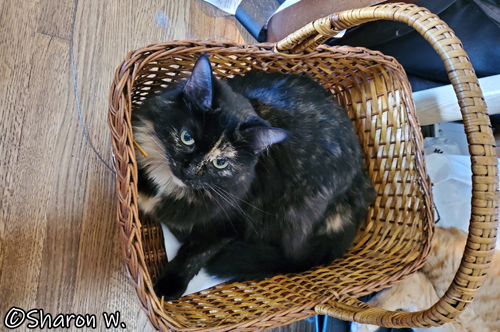 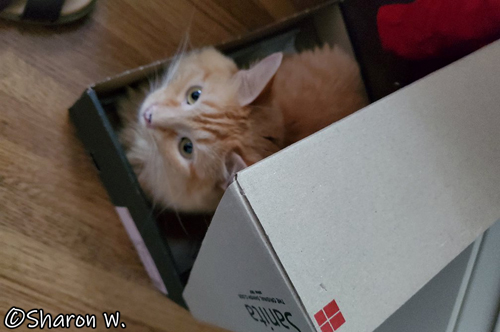 So much floof in one little box. 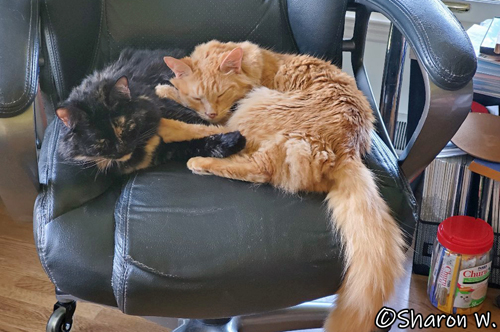 Sharon reports: These two are sweet little muffins. Dexter does like to test “No Chew” tape on cords. Mollie must insert herself in everything. That sounds about right!

Sights from around Shady Cove: the squirrels and other random things. 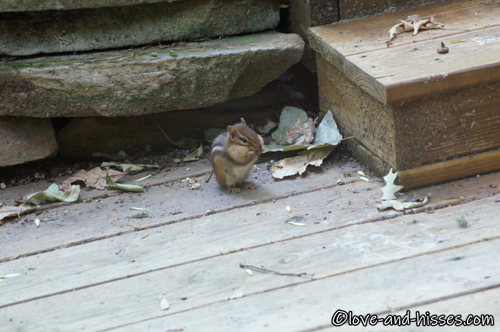 Yes indeed, little chipmunk, in the back yard seems like a wise place to hang out. 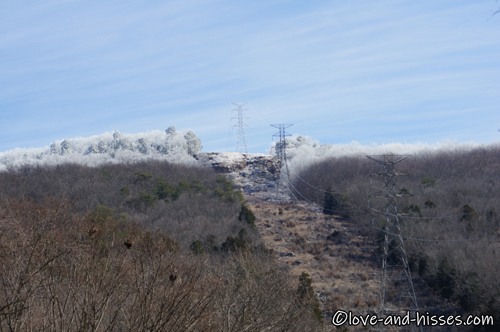 This is the mountain you can see from our front steps. One morning back in February I looked out to see that the mountain had frost, but only at the top. I thought it looked cool. 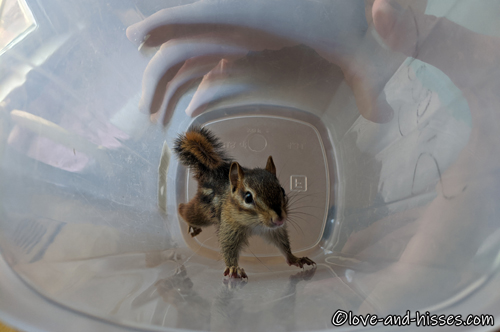 We have, in the 3 1/2 years we lived here, become pretty good at catching the chipmunks the cats bring inside. (I’ll note again that when Kara/Sheriff Mama was still around we hardly ever saw live chipmunks in the house. She usually left chipmunk parts by the back door. The year my parents came to visit, she left at least one chipmunk per day by the door. I guess she really liked my Dad!) 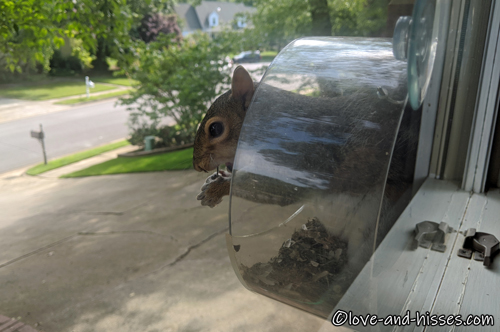 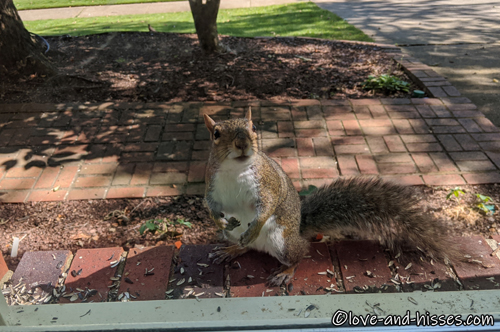 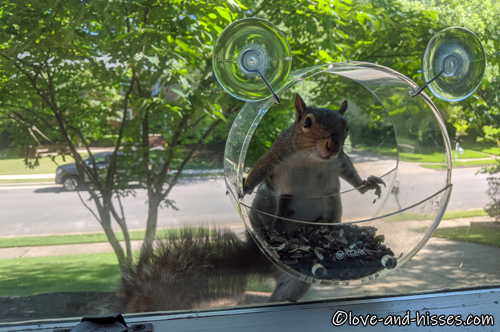 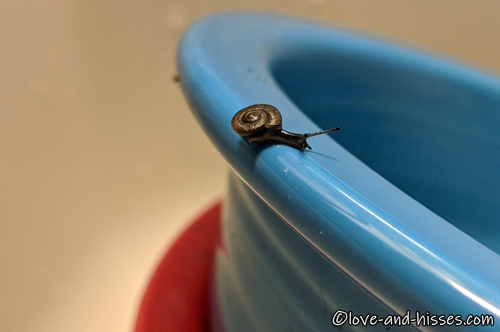 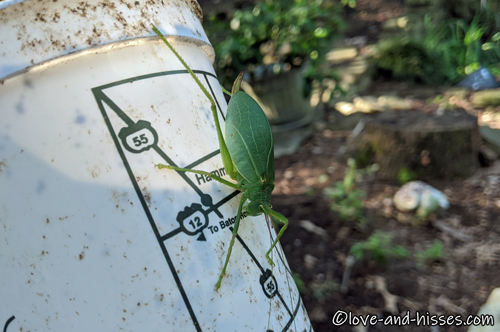 This is a katydid (also known as a bush cricket.) I think they’re so cool looking. 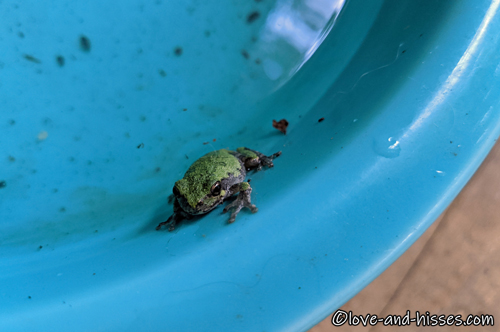 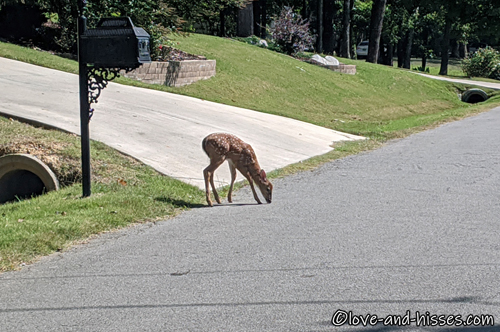 I know I’m supposed to hate deer and that they’re pests and all that, but I am going to miss seeing all the deer that roam this neighborhood. Every time I see one (or a bunch), I always stop and watch them. (I’m sure the new house will have deer, but probably not quite so many. Or maybe in a year I’ll be complaining about the deer. Who knows?) 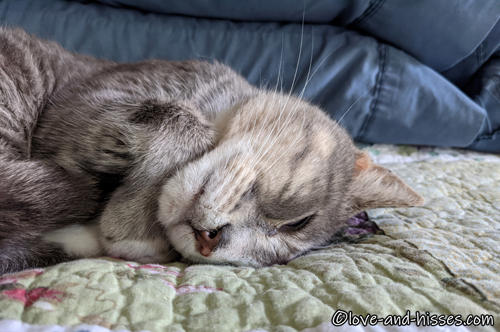 Way way way deep down in the sub-cockles of his heart, Archie is a sweet snugglebug. (In real life, he prefers limited petting and sitting in your lap whilst looking angry about it.)