Okay, since I’ve come to the end of my Norbie pics, here’s his “Norbie Growing Up” collage. Click on it to see a larger version over at Flickr. I intend to do these for all the fosters from now on, but we’ll see if I’m actually able to get ’em done. 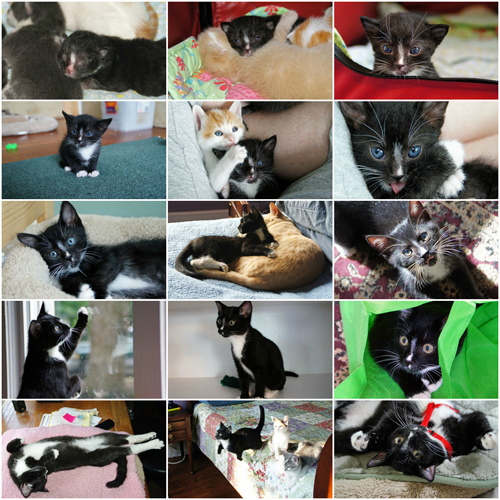 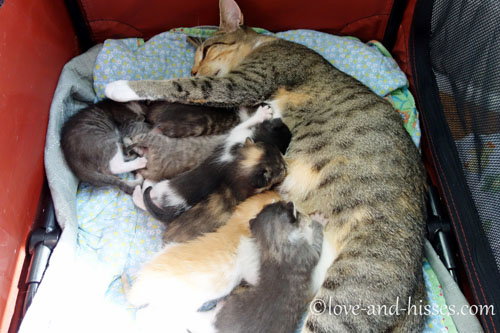 I rarely get to see this, because when I walk into the room, Livia usually runs over for love and petting. I mean, she’s not going to let the babies starve, but when it comes down to it, MAMA NEEDS PETTIN’. 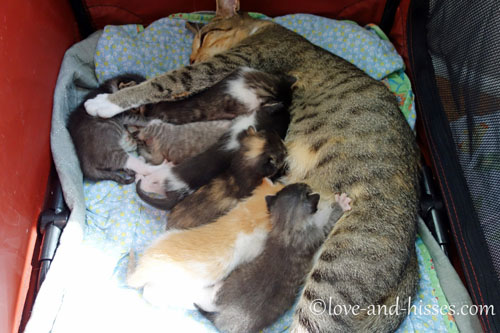 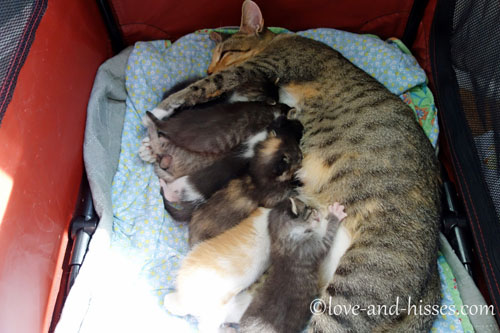 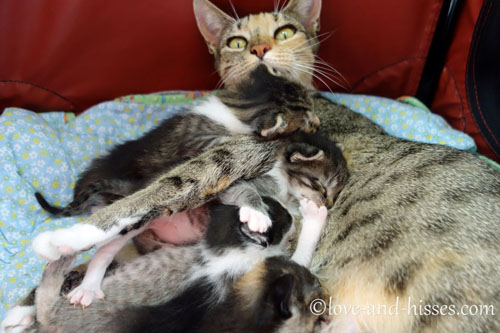 She cracks me up. Keepin’ the babies clean is of utmost importance to her! 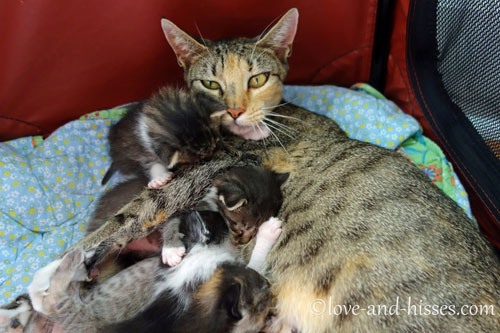 She wubs the babies. 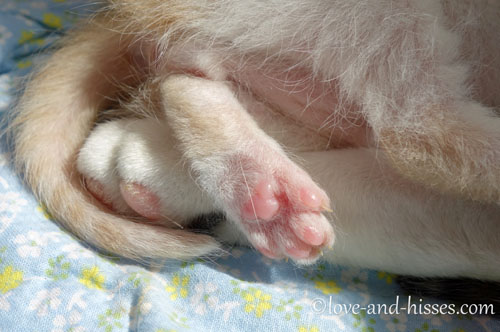 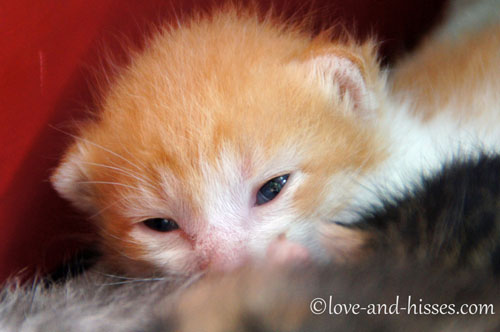 He just GLOWS, doesn’t he? 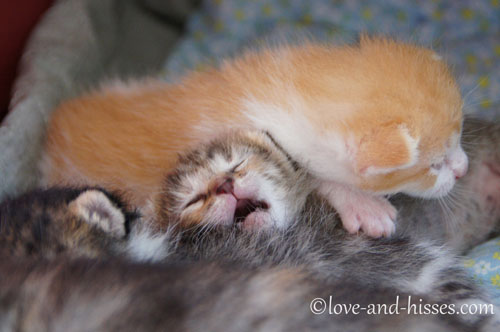 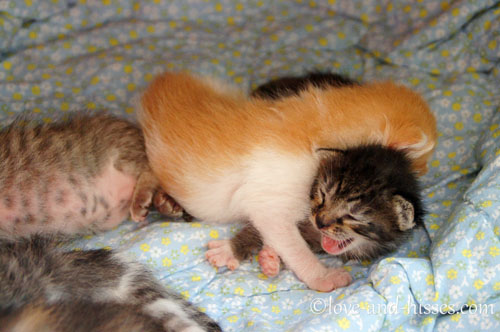 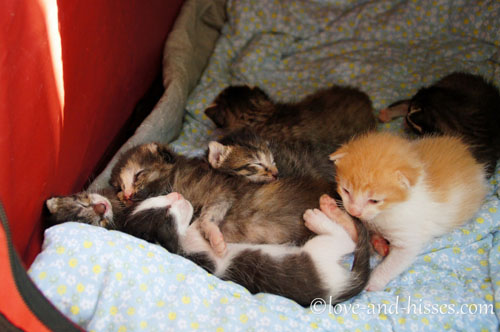 I love this video so very much. From Adriana not knowing where her mama has gone, to Livia kneading on her kittens, to Paulie Walnuts nursing like crazy, I just love it from beginning to end. 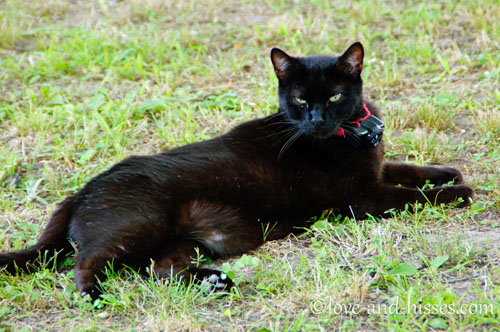 Tommy is all “Heyyyyy, laydeez. How YOU doin’?”

Laney pointed out in yesterday’s comments that the 2005 posts about Baby Tommy and Baby Sugarbutt involve a lot of diarrhea. And they do – Sugarbutt was such a MESS back then, and I wrote ALL about it. So, you know, if you’re sensitive to that sort of thing, you might want to just skim for the pictures. Of the kittens, I mean – there are NO pictures of poop. I promise!