So, a couple of you – several of you, really – noticed that Alice is not the teeny tiny miss she used to be. 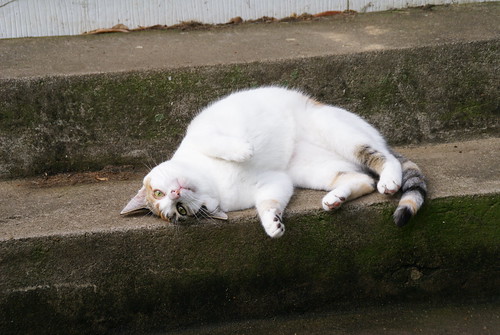 Truly, I don’t know when it happened – one minute we were talking about how small she was, and the next she was pretty much full-sized! I weighed her over the weekend, and she weighed in at 7 pounds, 13 ounces. (She also turned one year old on June 6th, which we completely failed to notice!)

Let me remind you, when the vet saw her at around 8 months old, she said she didn’t think Alice would get much bigger than 6 pounds. She was 4.5 pounds when we got her!

I guess it’s amazing what regular feeding will do.

A couple of you also thought – when I posted the picture of Maggie and all those babies nursing – that Coriander was Alice. Alice has no use for the little kittens, but I managed (with Fred’s help) to snap a few pictures of the two of them for comparison. 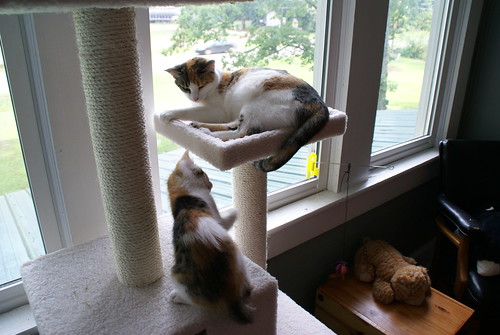 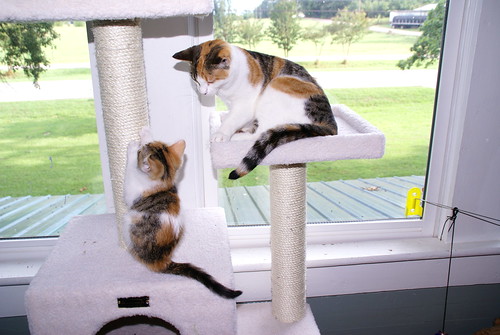 Sharpening her claws… (That’s NOT a look of love she’s getting from Alice!) 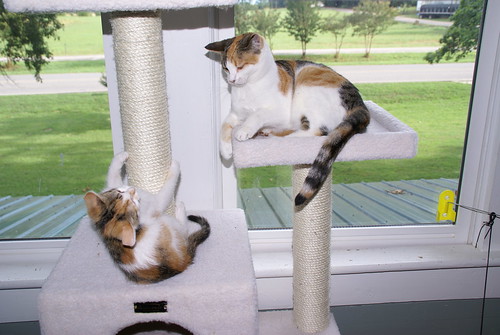 Her reaction after Alice smacked at her. 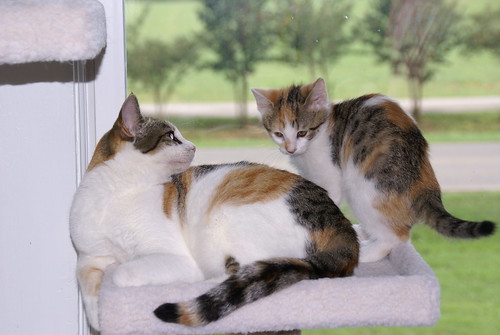 Alice is all “Seriously?” 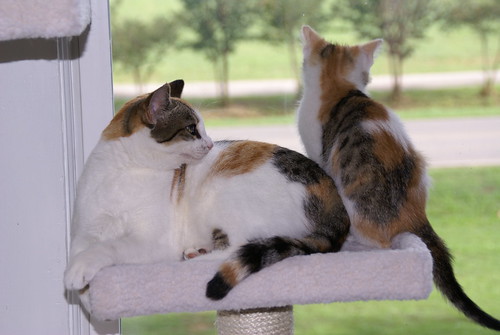 So there you go: Alice is now full-sized (maybe on the small side of full-sized – at least for now!), and she and Cori look like they could be mother and daughter. Or sisters. Or cousins. They resemble each other, is what I’m saying, but Alice is three times Cori’s size. 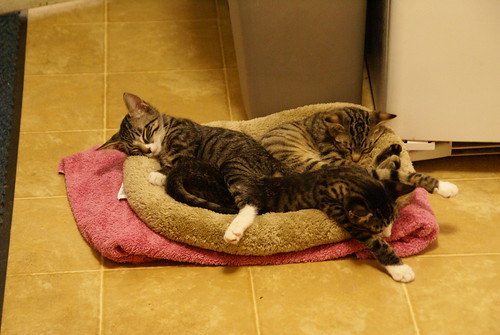 One thing all the fosters we’ve ever had in this house have in common: they all eventually love to hang out by the back door! (That’s Macushla and Fergus Simon in the back, and Ciara hanging off the front.) 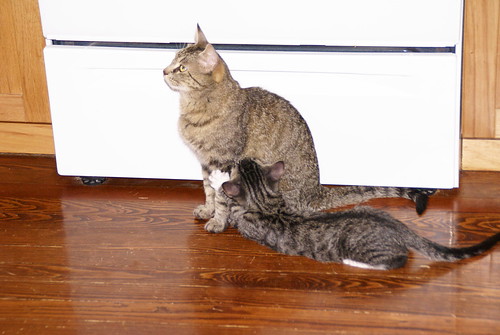 “If I don’t look at him, this isn’t happening.” 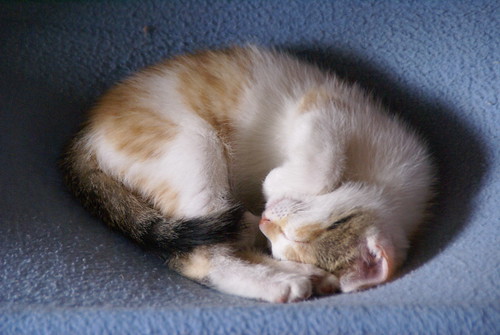 I love it when they sleep like this, all curled up in a sweet ball of unbearable cute. 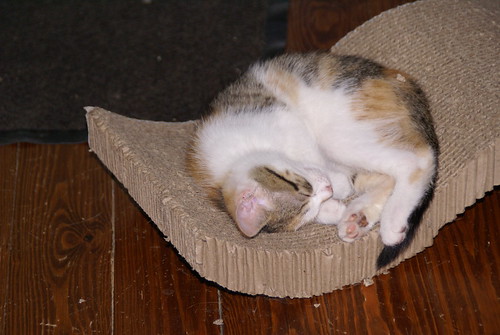 From the ham-mick to the scratcher! 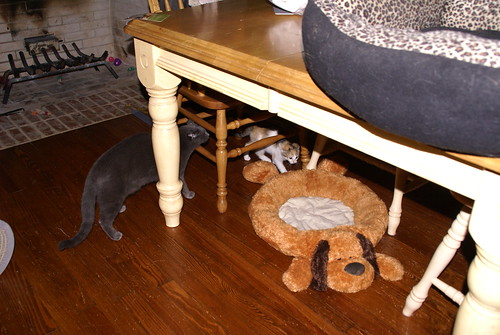 Jake likes to follow Cori around and stare adoringly at her. 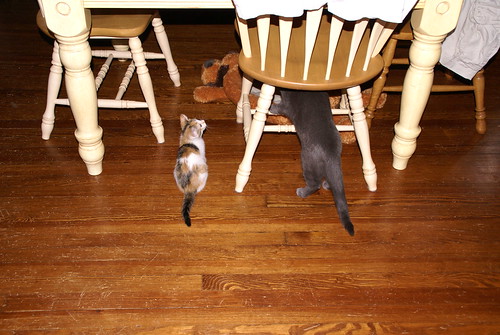 Cori’s not quite sure what she thinks of Jake, though. 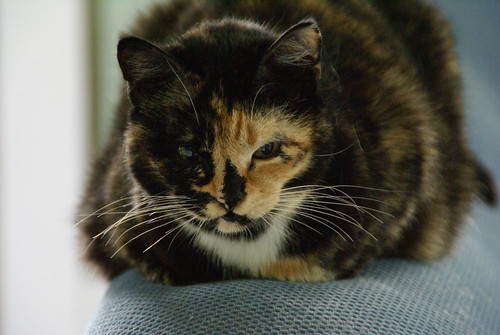 Miz Poo stays where she can keep a close eye on those kittens – and push them off if they get too close!