It’s too bad Jake and Elwood can hardly get any of the kittens to hang out with them at ALL, isn’t it? 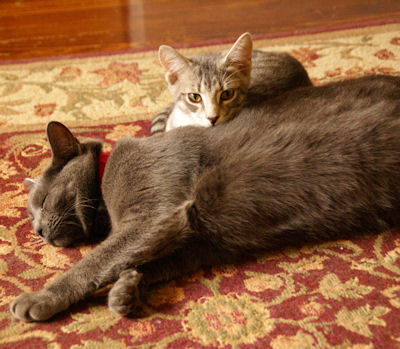 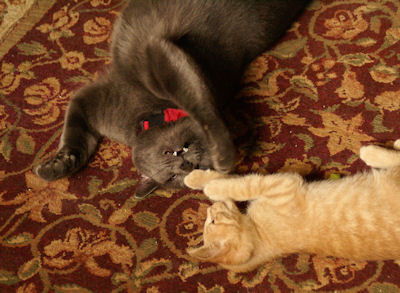 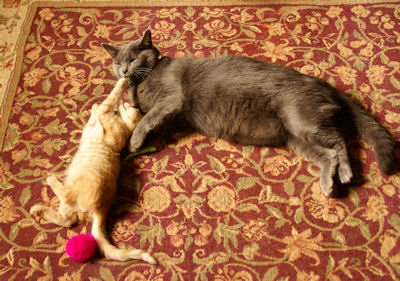 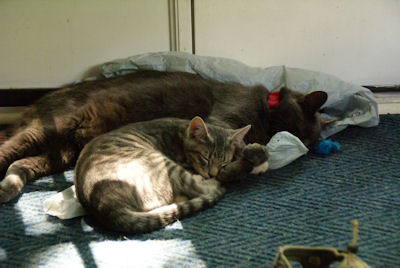 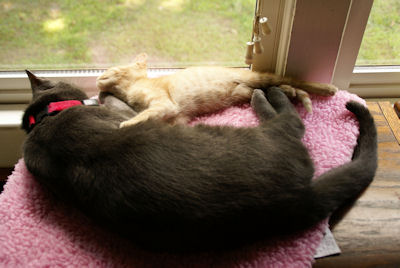 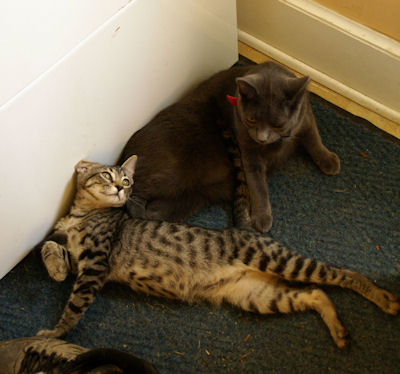 Rhyme’s all “I LOVE YOU, Crazy Jake!” 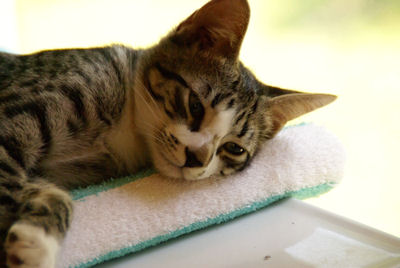 From atop the dryer, Bolitar disapproves of all the shenanigans. 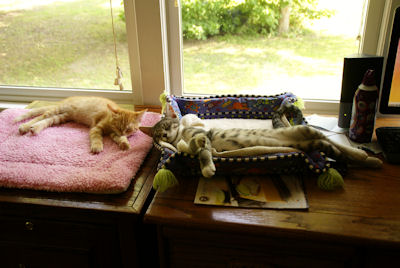 I cannot get over how long and leggy the Bookworms have gotten.

And now, a couple of movies. The first one is from about six weeks ago (it’s not that I don’t want to share movies with y’all – it’s that I use my Flip video to take movies, and then forget to do anything after that!), and it’s Reacher and Rhyme, hanging out in the recycling bin.

This one is from last week, I think. It starts with Sheila playing and Bolitar deciding she needs a smackdown and then goes from there. Bolitar is not a Sheila fan. 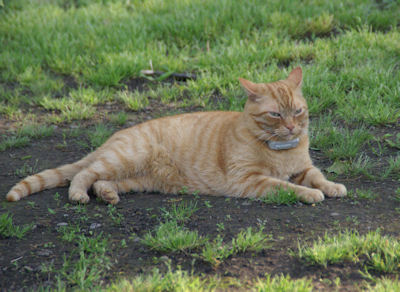