Just a reminder: the Forgotten Felines of Huntsville May auction is going on RIGHT NOW on Facebook! Here’s a direct link to the album – more stuff will be added this morning, and each morning throughout the week. There is some AMAZING stuff – go check it out! 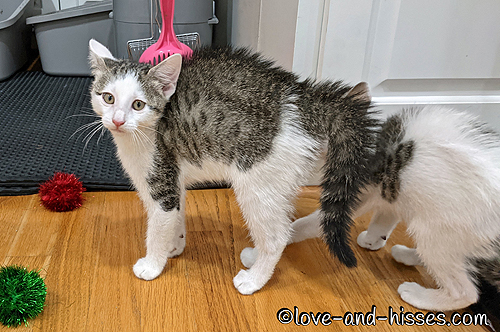 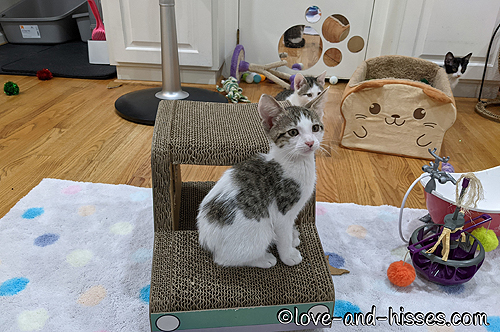 And Pinochle and Rummy said “Who’s that?!” 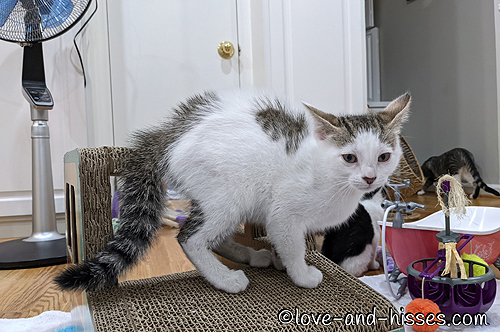 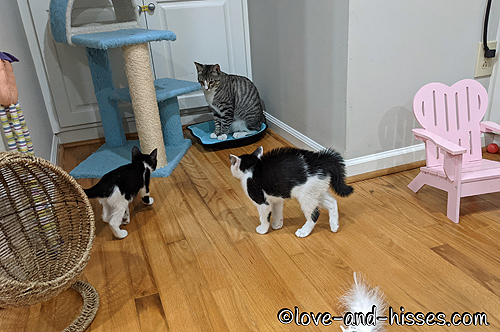 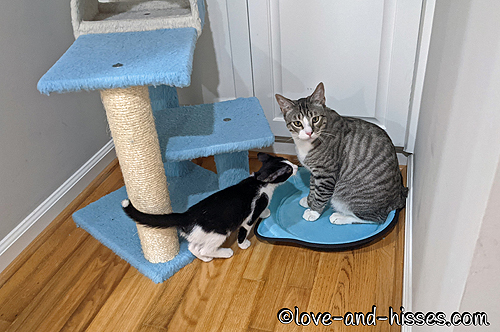 Rummy came in for the sniff. 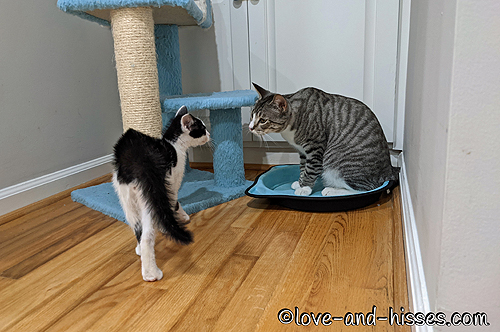 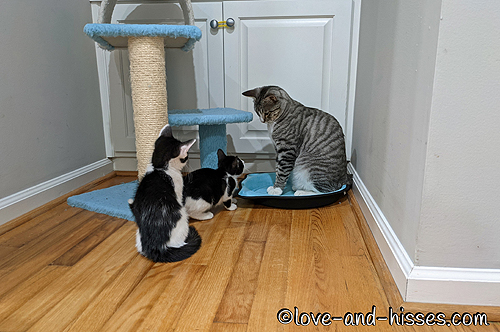 Then Rummy came back in for another look. 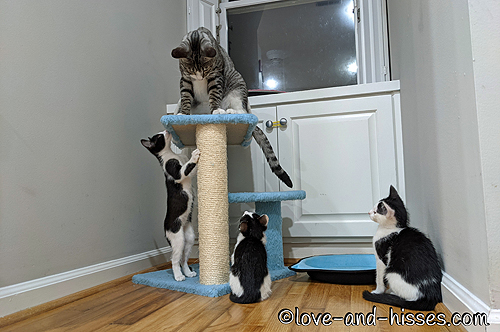 Uncle Charlie decided he’d go up on the little blue cat tree, and the tuxies surrounded him. 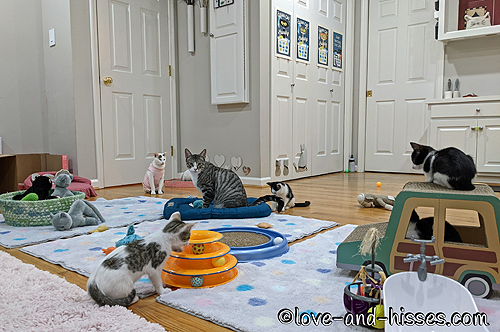 A funny thing is that the onesie seems to act like a Thunder Shirt for Canasta. We brought Charlie in, and she couldn’t have possibly cared less. 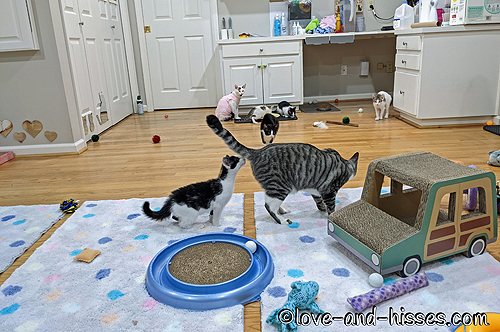 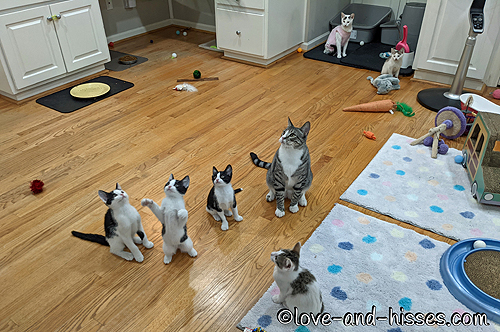 Fred got out the feather teaser, and the kittens forgot about Uncle Charlie, mostly. 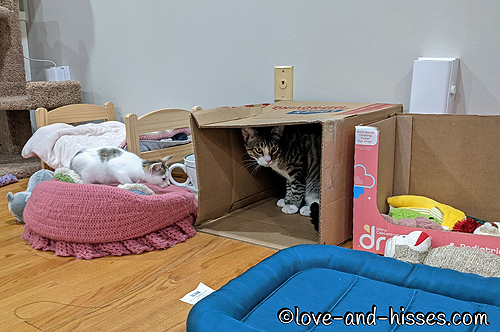 Charlie went for a quiet moment in the box, and Whist kept an eye on him.

So Canasta will be headed home in one week, and the kittens are scheduled for their spay/neuter surgeries on the 25th (which is two weeks from tomorrow); they’ll start heading home after that.

We are now at “adoption pending” status on Uno, on Fizzbin, and on Slapjack & Rummy (together). The two that aren’t yet spoken for yet are Pinochle and Whist. I’m sure their people will come along soon enough! 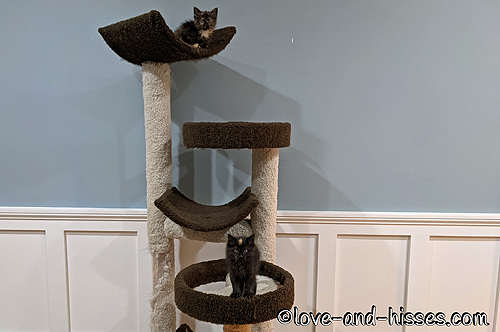 Julie (top) and Hensley went back to their foster yesterday. 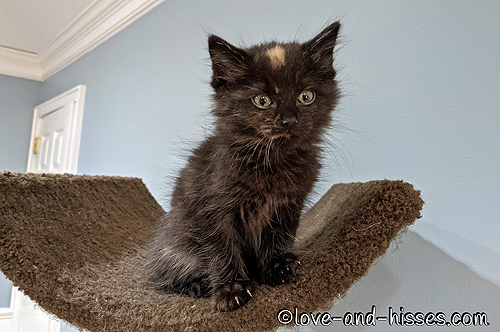 They sure did love that cat tree while they were here!

It was fun to have them here, and nice to have two little purrbabies snuggled up to me at night, but Charlie will be glad to have access to me in the middle of the night again (not last night, though – I sprayed everything down with Rescue spray and let it dry overnight. Today I’ll mop the room, change the sheets, and then open the door to all kitties again.) and I’ll be glad not to have a litter box or canned cat food in my bedroom. 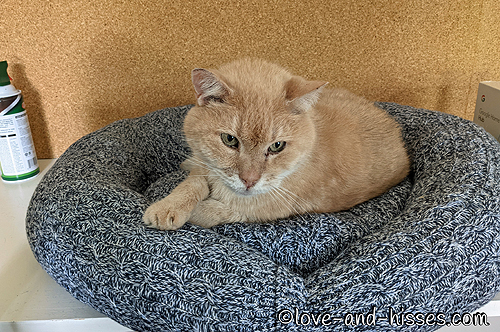 Newt loves this sweater bed. Having me wave my arm so he’ll look at me, he’s not so crazy about.