Tammy asked if Fergus Simon (heh, I almost called him “Rufus Simon”!) allows belly rubs. Indeed he does – but if there’s too much of it, he’ll eventually sink his teeth and claws into your hand and he’s got a strong little bunny kick that could probably tear your hand to shreds if you’re not quick enough to pull away.

Someone – a couple of someones, maybe – asked if Dorothy could/ would become a permanent resident. She will not and can not, because have I mentioned we have 14 cats? Dorothy will go up for adoption after she’s been spayed in a few weeks. Rufus is also not going to become a permanent resident, as space has opened up at Petsmart and I’ll be leaving here in a little while to drop him off.

I’m going to miss Rufus (well, and Dorothy when she goes, of course). Can you believe we’ve had Rufus here for two months now? This is the part I always hate, because I’m pretty sure that in his mind Rufus believes he’s home already; he doesn’t know (and we can’t explain to him) that it was just a stop on the way to his forever home. 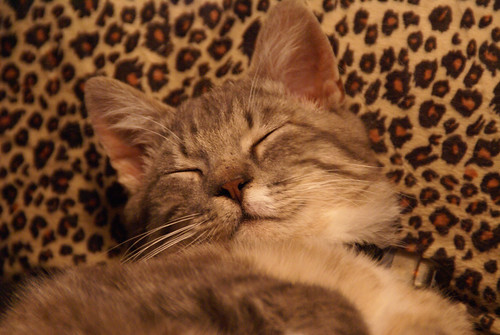 Such the pretty boy. 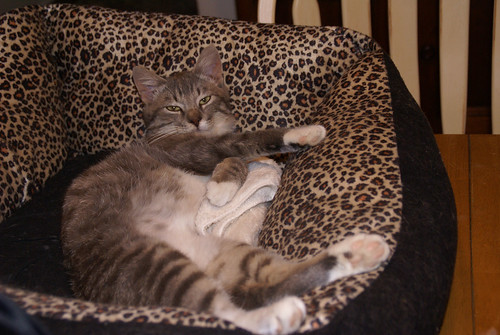 So tense, though. I wish you’d relax, Rufus! 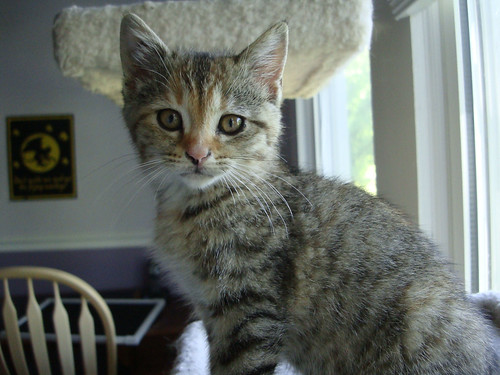 “I’m borrrrrred. When can I bust out of this clambake?” Soon, pretty girl. 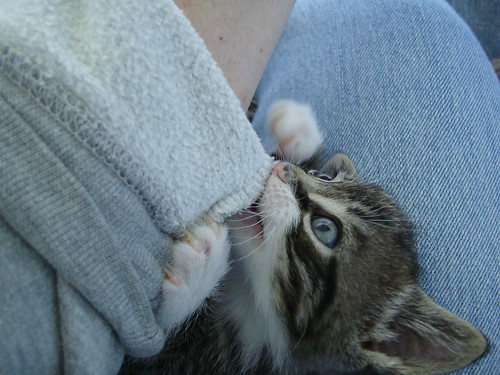 Declan, in the process of catching and killing a North American Gray Hoodie. What a smart boy! 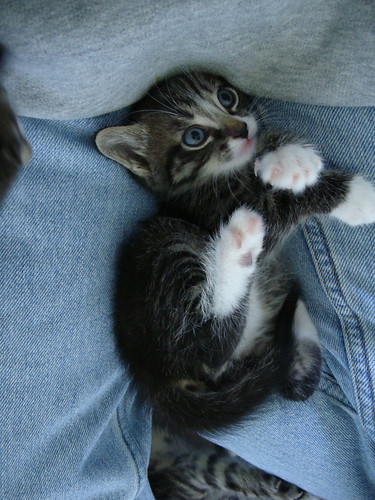 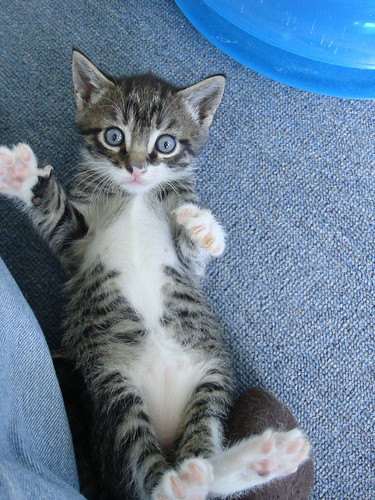 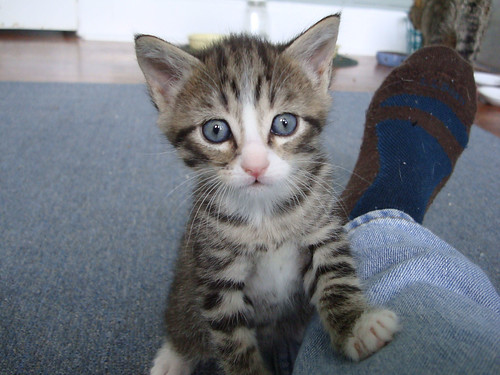 “Pardon me. You has a snuggle for me?” (Finnegan) 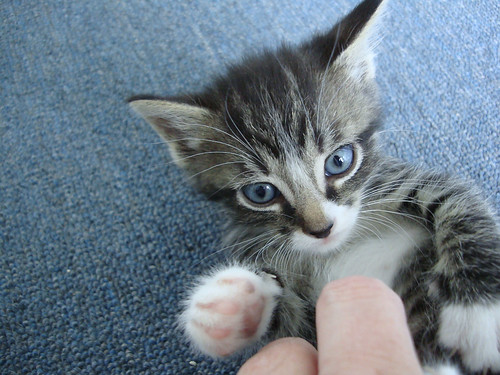 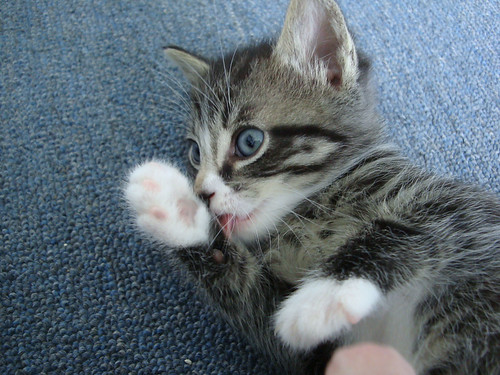 I love how, at this age, when you rub their bellies, they think about it for a moment, then begin vigorously grooming themselves. 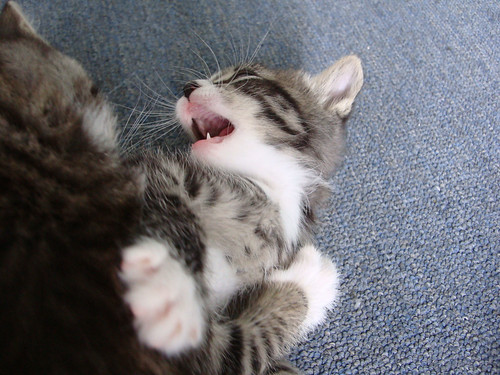 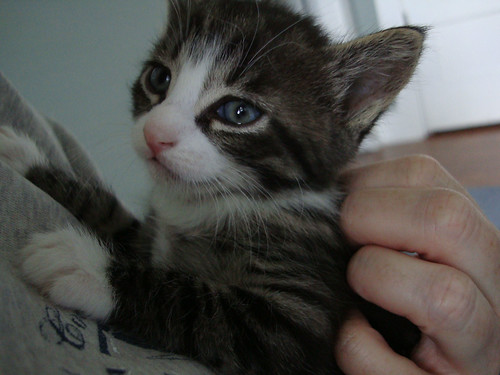 “Okay, I’ll let you snuggle me. BUT I WON’T LIKE IT ONE LITTLE BIT.” 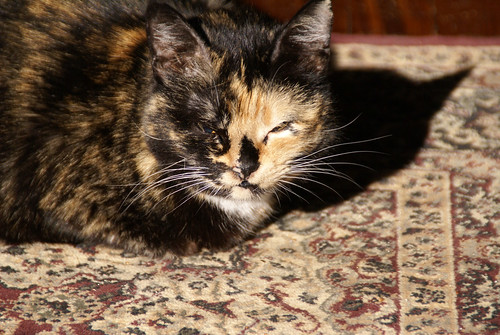 Miz Poo, taking a snooze in the sun.