In case you missed the news on Instagram/Facebook/Tumblr yesterday, THERE ARE KITTENS IN THE FOSTER ROOM FINALLY!!!!

First the pictures, and then the story. There are six of them – three boys, three girls. Two all-gray kittens (one boy, one girl), and the rest are white and gray. 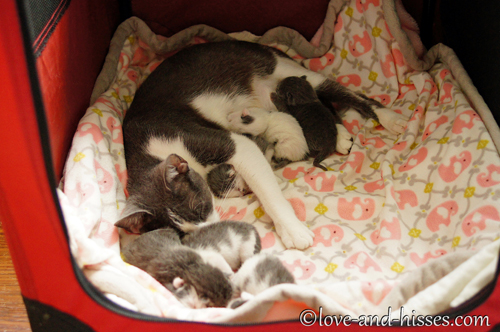 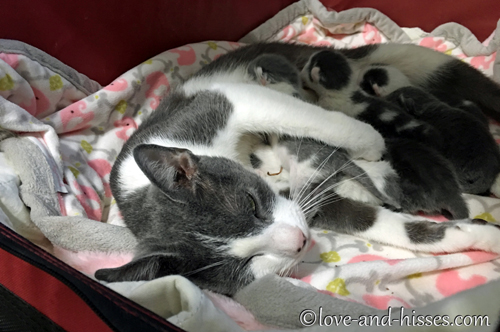 You can see an umbilical cord on a kitten near her face in this picture. All the cords have since fallen off. 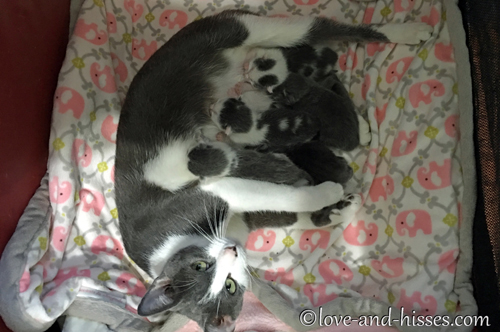 SIX kittens, can you believe it? 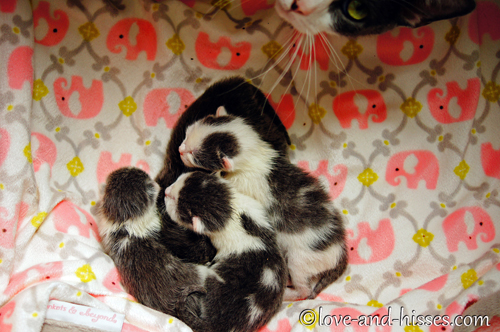 Mom keeps an eye on me. 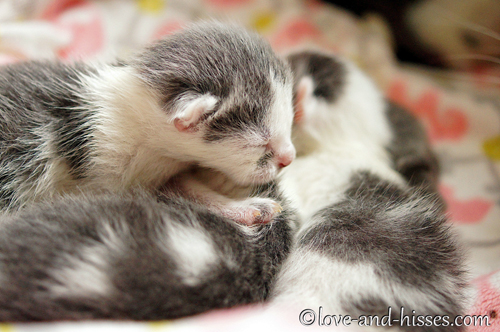 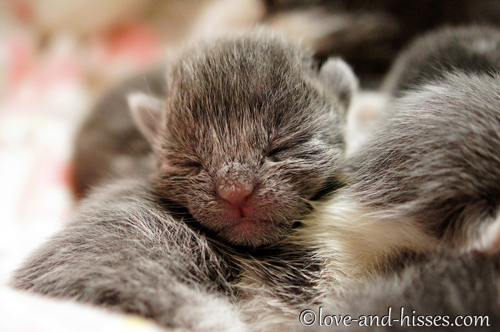 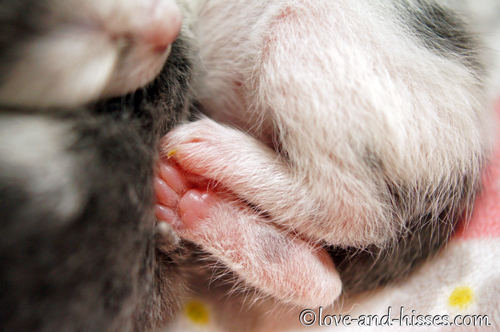 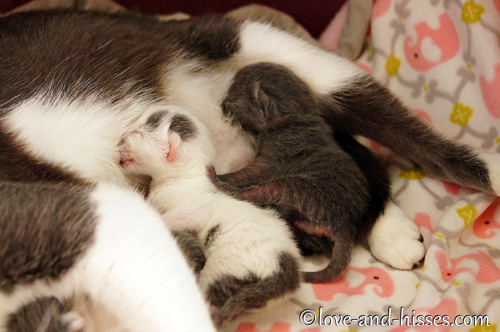 I could sit and watch nursing babies for HOURS. 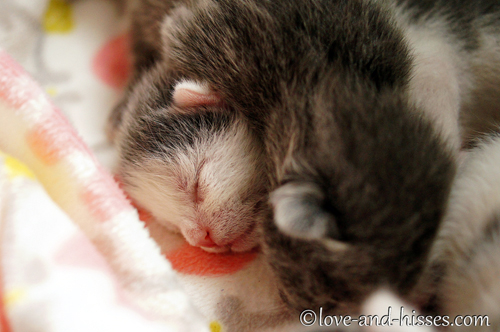 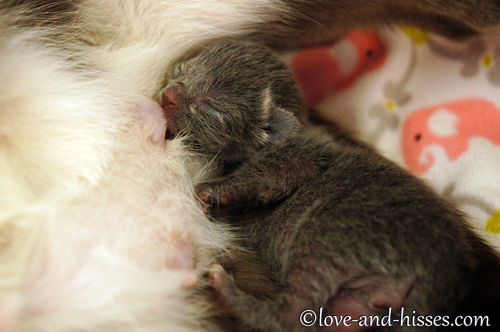 Killing me dead with the cute. 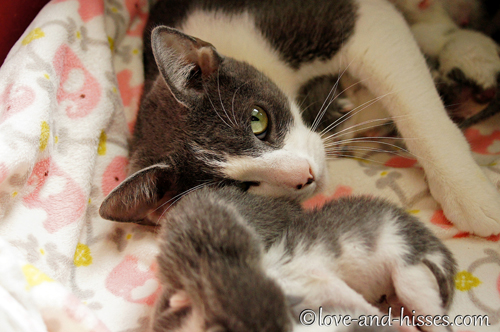 So, the story is this: a week and a half ago, when I took Koko to Petsmart, I was supposed to get new fosters, a mom and kittens. Susan told the woman who’d contacted her to meet us at Petsmart that evening. And… she never showed up. I won’t go into the whole story, but after a few days, the woman told Susan that she’d found someone closer to take them.

While I was waiting to see how this whole situation was going to pan out, I got a message from Brittany at Forgotten Felines asking if I wanted a pregnant cat. We got the okay from Susan, and then I found out that the guy who had the cat wanted to bring her on Wednesday. He said she was heavily pregnant and would give birth in a week or less. We hoped that she’d hang onto those babies ’til I got her. But then Tuesday evening I got the message that she’d gone into labor – and now the guy was going to wait ’til Friday to turn her over.

I was clenching my fist and waving it at the sky while howling “GIVE ME MY BABIEEEEEEEEEEES!”, believe you me.

It’s been my experience that when someone says they want to turn a cat and/or kittens over to a rescue, the longer the delay stretches on, the less the chance is that it’ll actually happen. I was hopeful but skeptical that I’d actually end up with this cat and her kittens, but – as you can see – I got ’em! Friday I went into Huntsville, got to meet Lola (let me tell you what, pictures don’t do that little muffin justice. She’s freakin’ ADORABLE) and got my new fosters.

The story is that the guy who had the mom cat had a cat who’d had a litter of kittens. He’d found homes for all of them but her, and of course she, too, started having litters. She’s about a year and a half old, and this is her third (and last!) litter. She’s a very VERY friendly girl – she was a bit timid at first, but now I have to make sure the kittens aren’t bellied up to the milk bar before I go into the room, because she WILL come running out to greet me. She had fleas, worms and ear mites and she woke up Saturday morning with a goopy eye – I’ve treated her for fleas and worms, am putting ointment in her eye, and will clean her ears later today. She’s a sweet girl, she handles it well. She keeps those kittens spotlessly clean, and she’s enjoying the food I bring her (she’s a fan of baby food, imagine that).

I’ve named her Regina Phalange, which some of you will know immediately as the alias Phoebe on Friends. The litter name will be The Fakers. And the kitten names? Well, you’re going to have to wait ’til tomorrow for proper introductions. (Yes, I’m mean!) 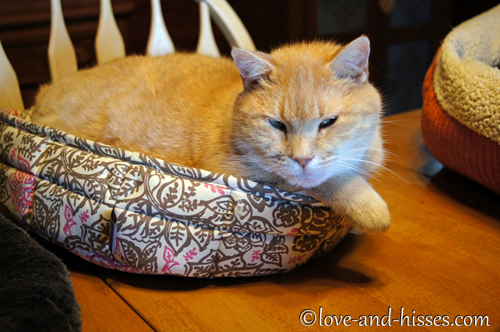 “This house didn’t need no kittens, lady. Is all I’m sayin’.”