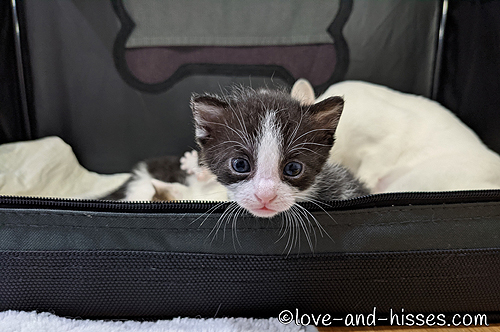 It’s a big world out there, little Rummy. 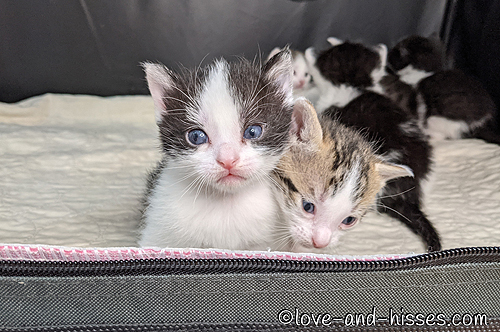 Uno has a skeptical. 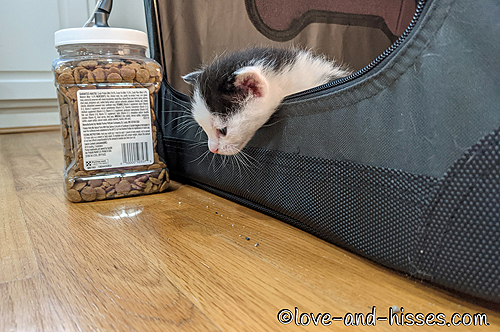 Slapjack’s all “It’s a big step and I have these short ‘n stubby legs.” 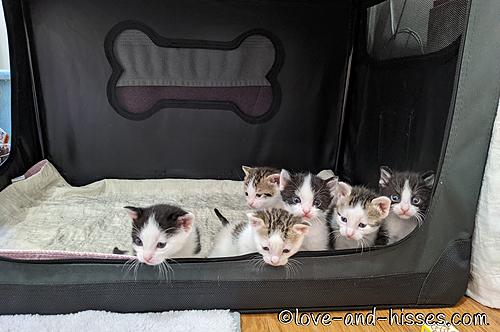 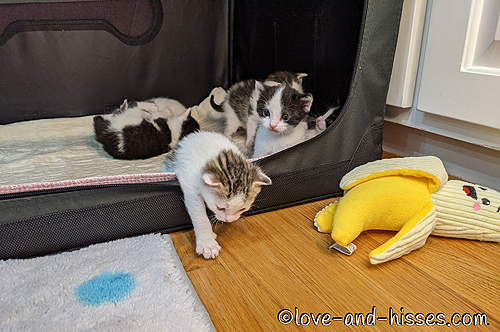 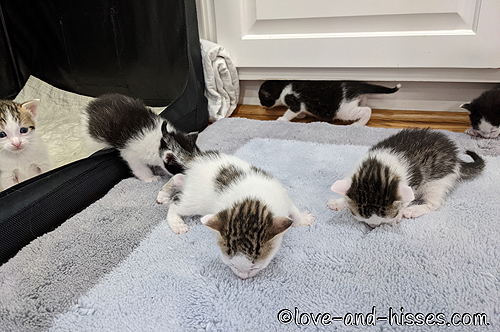 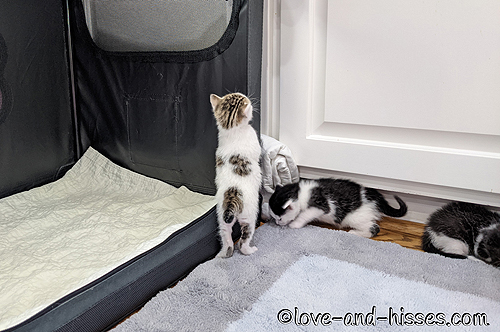 Whist checks out the structural integrity of the crate. 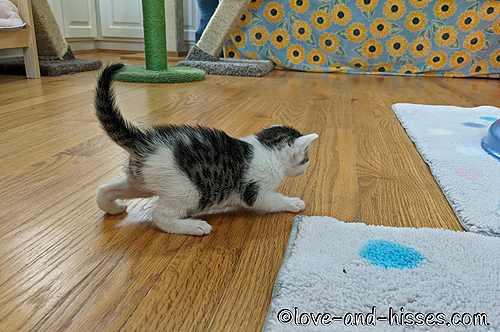 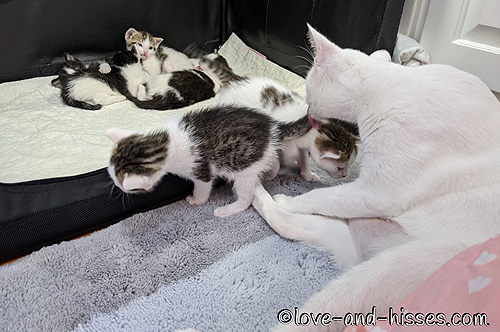 Canasta comes over to reassure the kittens. 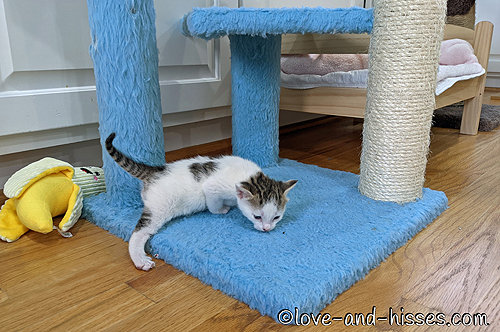 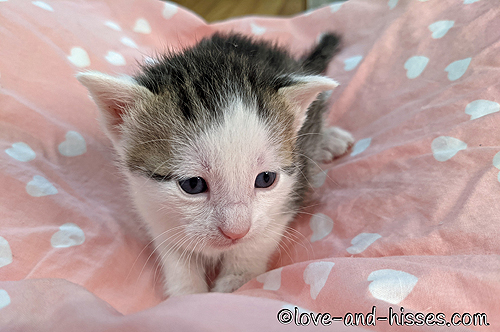 Fizzbin in my lap. 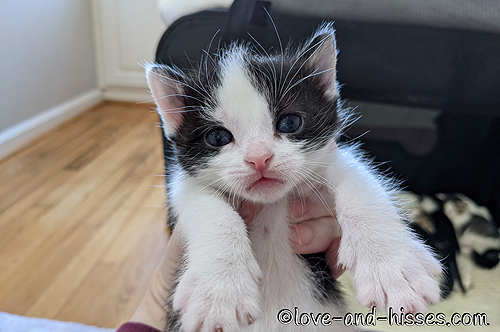 Picking up Uno for a kiss. 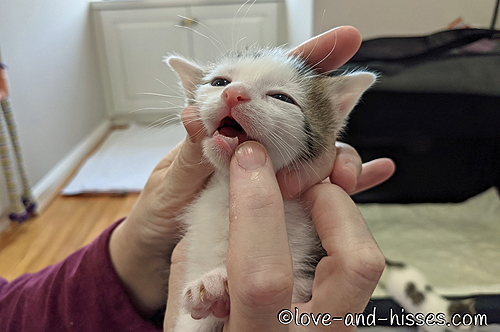 The kittens’ teeth are popping through! Pinochle appreciated me opening his mouth so I could get a look. 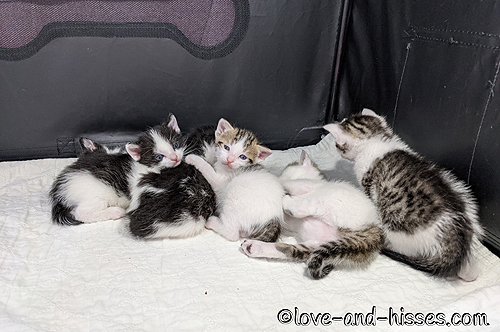 And back in the crate they go.

Thus far, they’ve only left the crate via the side opening – which I zip closed when I leave the room – and haven’t made any effort to leave the crate by the front opening. They don’t seem to mind staying in the crate most of the time, and Canasta spends the majority of her time in the crate with them. Given that they’re getting pretty steady on their feet and interested in exploring, I’m going to set up a few small litter boxes for them near the crate and will encourage them to spend more time out and about. I don’t think it’ll be long before they’ll realize they can leave the crate by the front opening, and will do so. 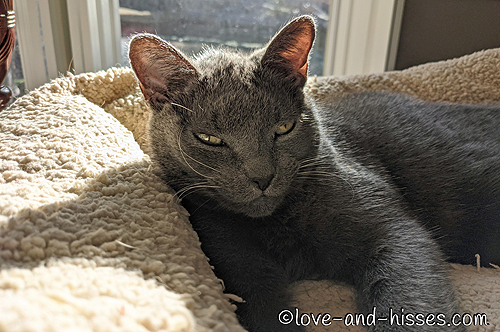 Jake sure does love that self-heating bed and the sun coming through the window.