We’re edging ever closer to tomorrow morning, when the Rescuees will be going off to the adoption center. They don’t seem terribly concerned, though. 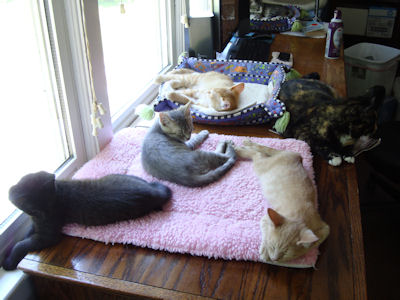 I could have fit a few more cats on that desk, don’t you think? 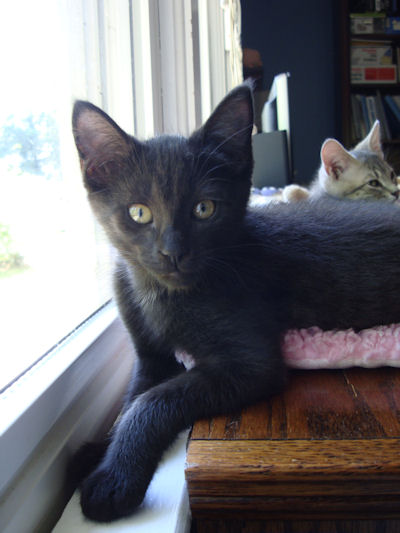 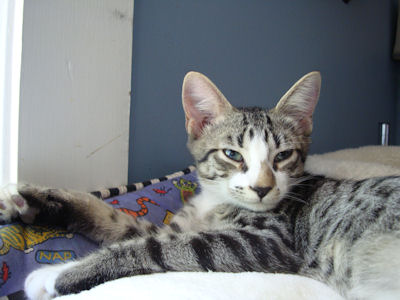 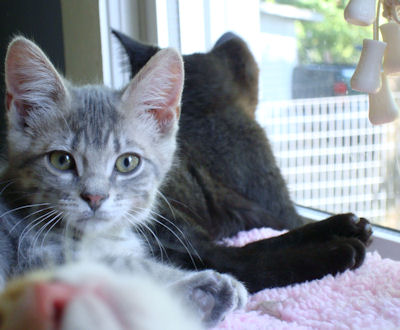 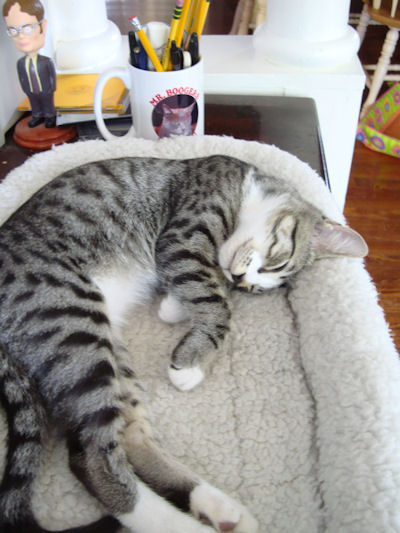 Bolitar, at home wherever he happens to land. 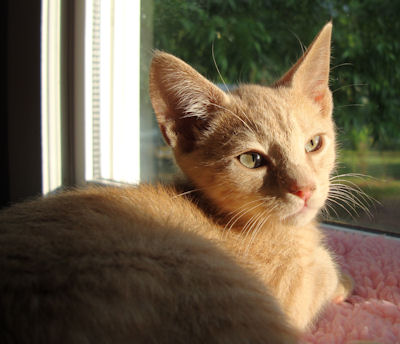 Pretty Lieu, in the sun. (And yes, Elayne, we pronounce it “loo” – he’s named after Lieutenant Kenny Shea in Rescue Me, who the guys call “Lieu.” I had no idea that the Queen’s-English version is pronounced “leff”!)

Previously
2009: Saying goodbye to Mister Boogers.
2008: Poor little monsters, they have no idea what’s coming!
2007: No entry.
2006: No entry.
2005: For the most part Mister Boogers left the kittens alone, though Oy kept going over and sniffing at him, and he could hardly stand it, and he would growl and raise his paw to smack that kitten across the room, but then I would say “Mis. Ter. Boog. Ers.” in my Mean Lady voice, and he’d put his paw back down and walk away.