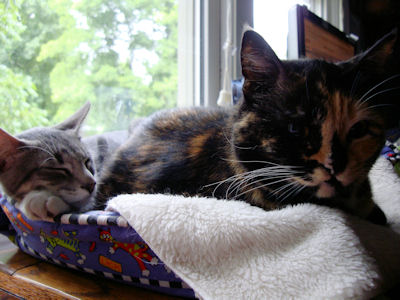 Poor Miz Poo. She’s all “Do you SEE what I have to put up with, here?” 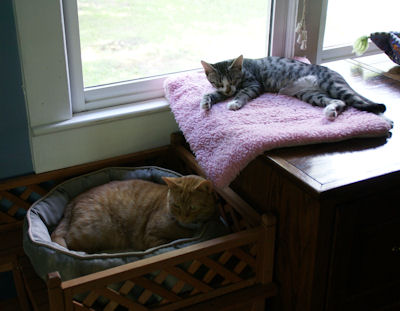 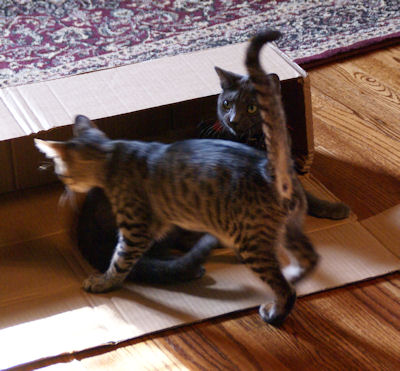 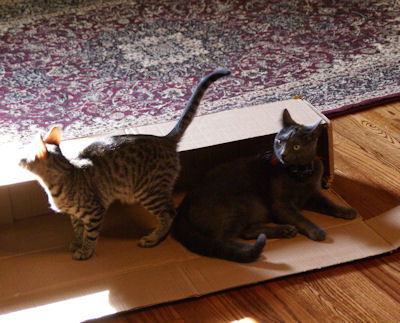 Jake’s face is KILLING ME. He’s like “PARDON ME THIS IS JAKE’S CAVE THIS IS NOT MEANT FOR KITTENS TO COME TROMP ALL OVER THIS IS MY PRIVATE PLACE FOR PRIVACY.” And Corbett’s all “See my butt?”

Melodie could not be less scared of the sound of thunder. A particularly loud crash of thunder happened yesterday afternoon and Moxie dove under the chair. From her perch on the cat tree, Melodie just sat and gazed out the window at the rain. I would have surely expected it to be the other way around. 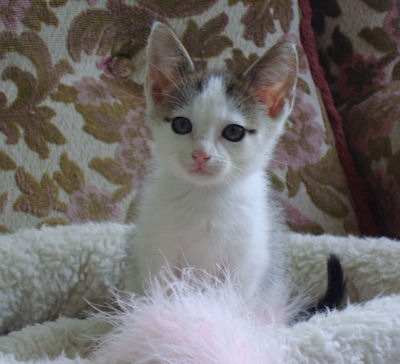 Martin and the pink fluff. 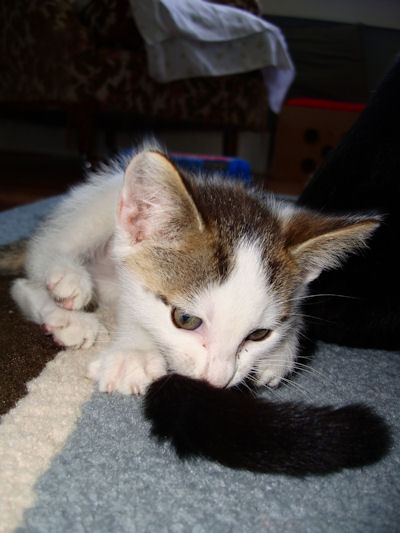 That’s Moxie’s tail he’s chewing on. She puts up with this for far longer than I would expect, and then when she’s had enough, she turns around and smacks him. It’s a system that seems to work well for them. 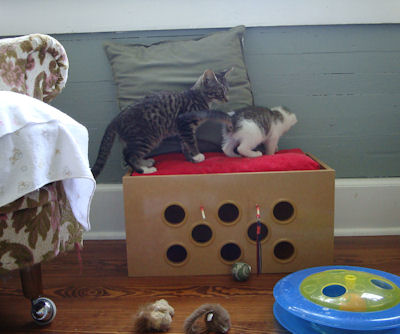 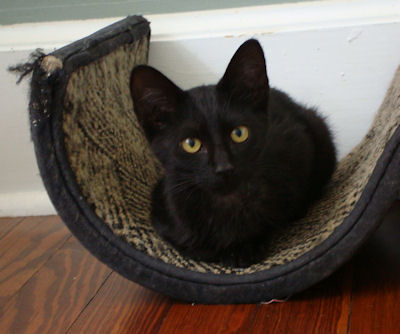 This morning, Melodie came immediately out of her Melodie cave (the condo on the cat tree) to greet me when I went into the room. Either she’s getting more comfortable with me (she was ALL OVER Fred last night, purring and rubbing on him. The lady cats love Fred, for sure.) or she’s figured out that when I come into the room for the first time in the morning, I give them canned cat food. Either way, it’s progress! 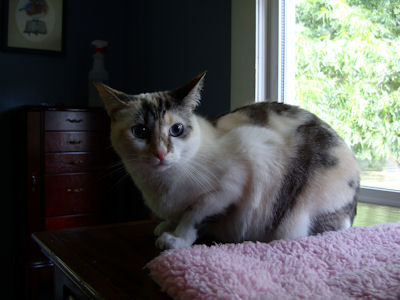 A couple of weeks ago, I said that Stinkerbelle spends 99% of her time on top of the bookcase in the front room. Well, she must have gotten word of what I’d said, because she immediately set out to make a liar out of me. She’s been coming out more and more, sitting angrily in the computer room glaring at me, climbing up onto the top of the cupboards in the kitchen, sitting on top of the canning cabinet in the dining room. She’s been a social butterfly, if by “social butterfly” you mean a cat who stalks around the house smacking at any kittens who venture too close to her, that is.