We’ll be headed out to the adoption center in a few hours, so I can get the Rescuees settled in their cage. Adoption hours take place this evening and again tomorrow, so I’m keeping my fingers VERY crossed that they’re all adopted super-quickly. Y’all keep your fingers crossed, too! 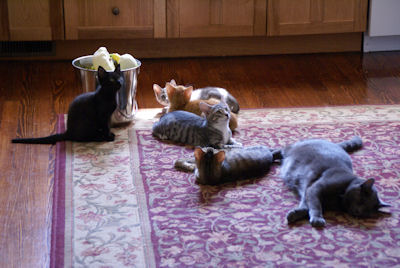 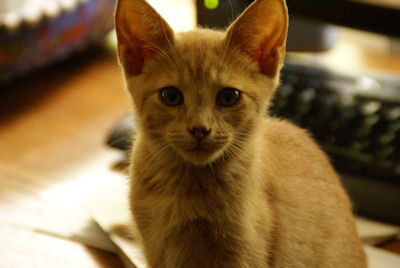 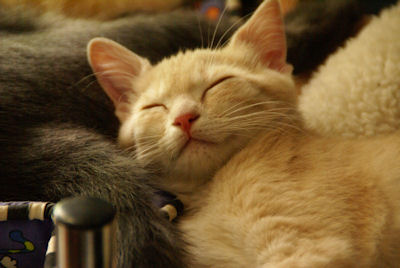 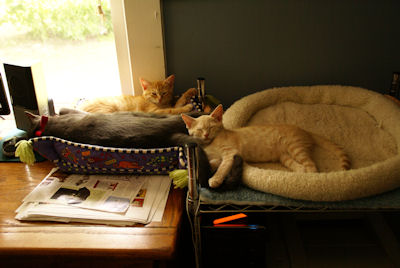 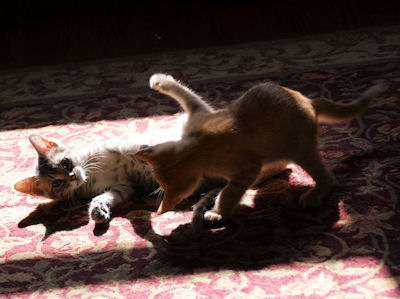 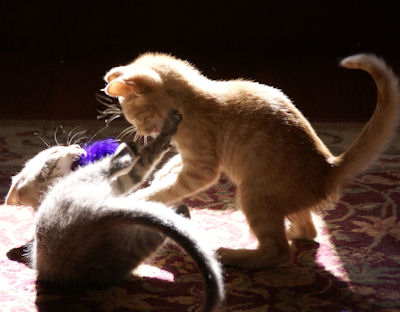 Sheila, with a toy in her mouth, fighting with Lieu. Who says kittens can’t multi-task? 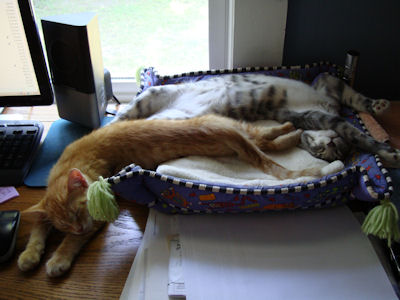 Melted kittens. (Garrity in the front, Reacher in the back.) 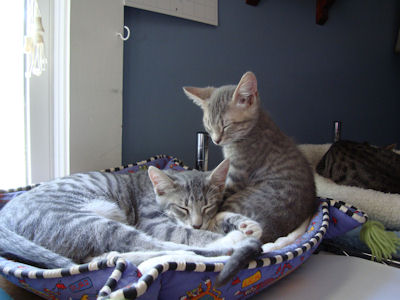 Don’t Sheila and Reacher look like they could be related? 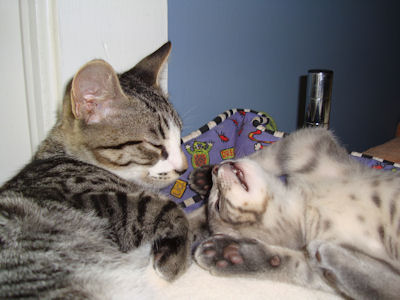 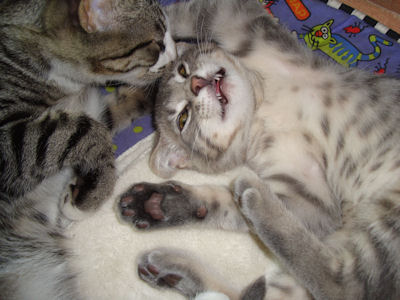 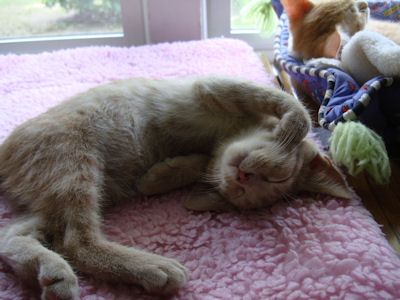 And a Rescuees movie, without Lieu. Lieu hadn’t shown up yet when I shot this stuff. 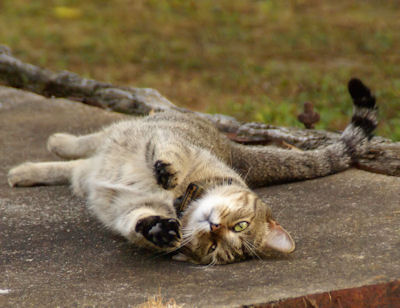 “The heat… is so hot… I am melting… save yourself!”