Back in 2013, our fabulously floofy black foster mama Catherine (Kate) had five kittens we gave various royal names to. Two of those kittens – Charming and Jareth – were adopted together. Charming became Toby and Jareth became Sooty, and here they are watchin’ birds together. In this entry back in March, I posted about how K went from a 3 cat household to 7 (!) in one fell swoop. K reports that things are still going well, that they’re all getting along well, playing with and grooming each other. Everyone loves Toby, Sooty likes some of them more than others. All are currently doing well, though Sooty was very very sick over the summer, and then the whole clowder got a terrible cold. NOT FUN, to say the least – but everyone’s doing well now, and hopefully will stay that way! 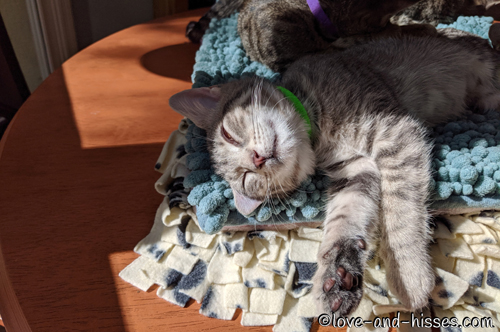 We had a sunny weekend, and had melted kittens everywhere. 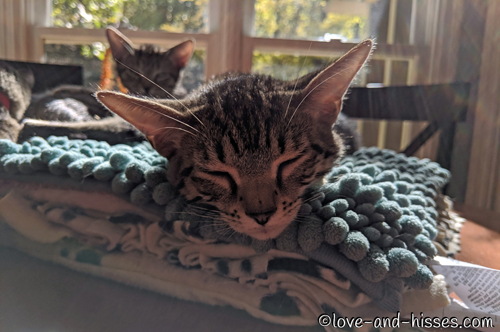 I love this shot of Gabrielle with the sun streaming in behind her. 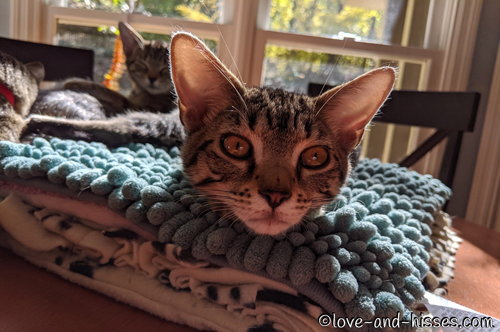 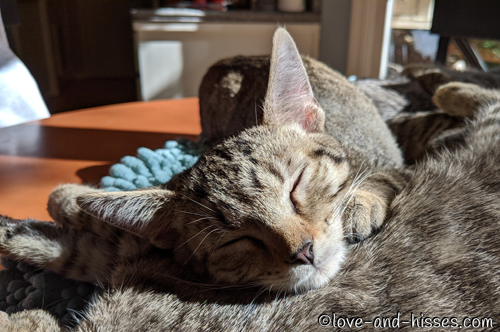 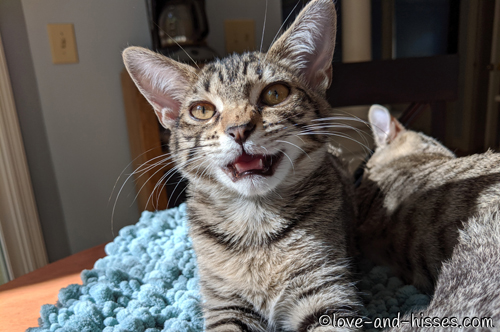 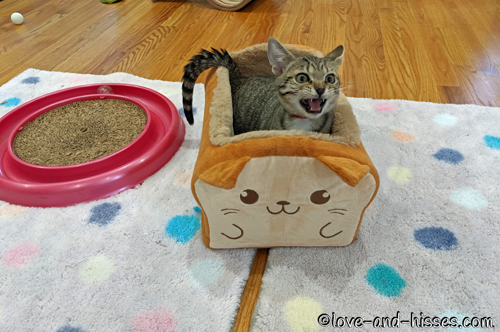 “I’M A DING-DANG LOAF O’ BREAD, IS WHAT I AM!” declares Beauregard. 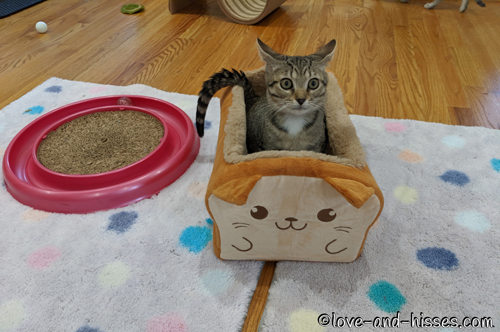 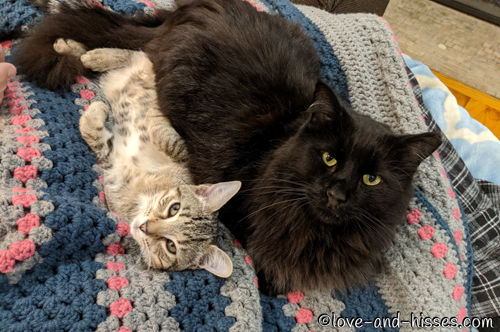 Henri snuggling up to Khal, who isn’t quite sure how he feels about this. 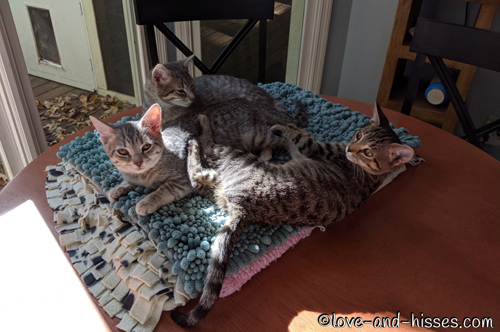 Josephine’s all “You make an excellent foot rest, Fleur.” Fleur’s face is killing me. 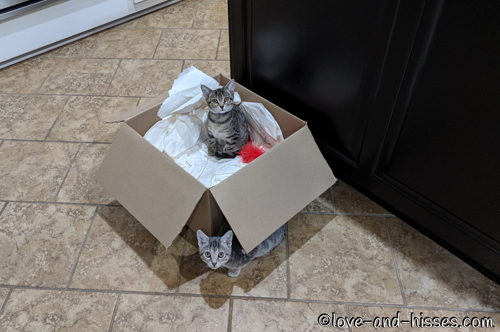 Josephine loves that box of paper. I mean, they all do – but especially Josephine. 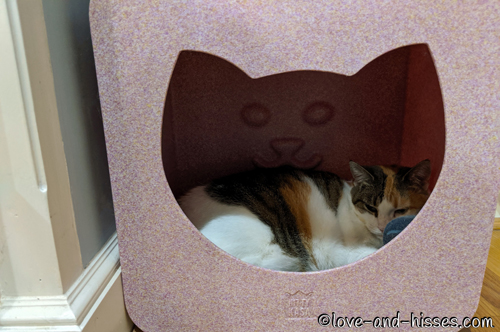 A sign of cold weather: Alice is inside on the heated bed (in the Kitty Kasa). She’s not thrilled that there are kittens running around everywhere, though.