Way back in 2011, we got a pregnant tabby. She was sweet and she was awesome, and she looked like this: I named her Mary Margaret because I got her before St. Patrick’s Day, and I intended to give all her kittens Irish names (I referred to the litter as the McMaos). We immediately nicknamed her Maggie and never called her anything else.

She was hugely pregnant when we got her, and of course I expected her to go into labor at any moment. 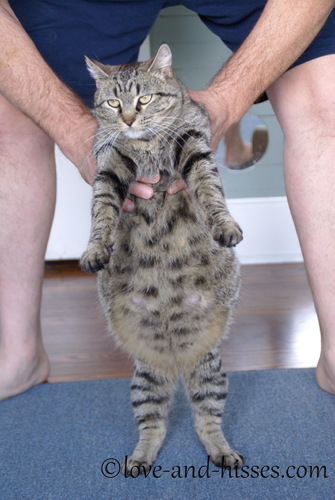 She waited three weeks – OF COURSE – and on April 2nd, she had her kittens. SIX of them – five boys (Macushla, Cillian, Declan, Fergus Simon & Finnegan) and one girl (Ciara). 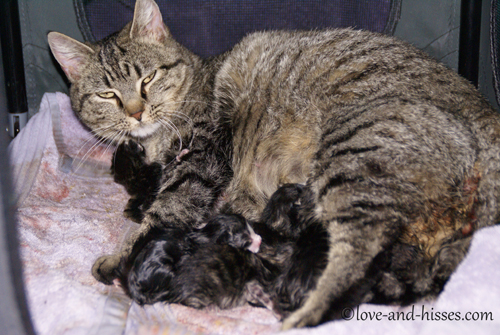 She was a WONDERFUL mama to those kittens. 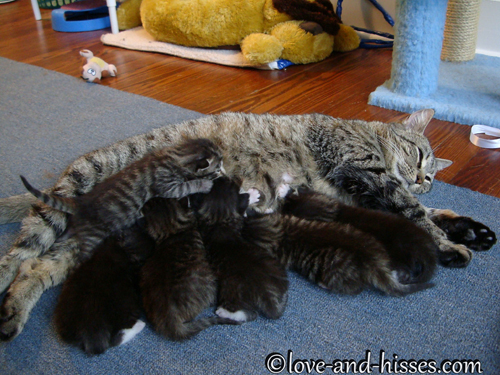 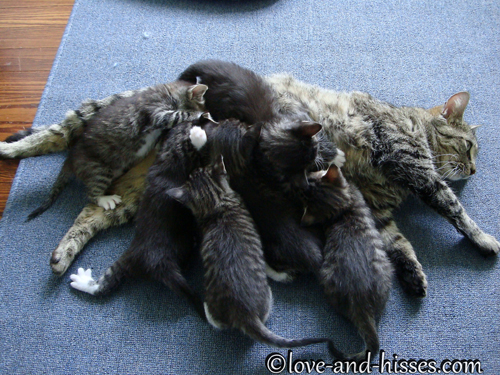 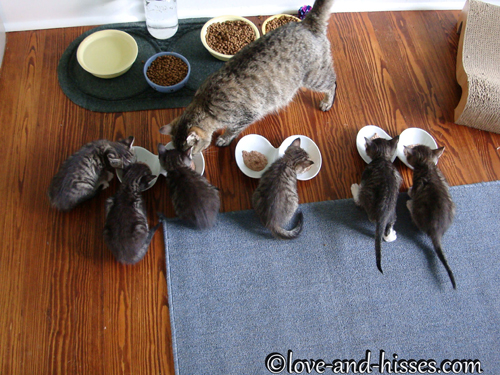 Supervising snack time (and maybe helping out a little!) 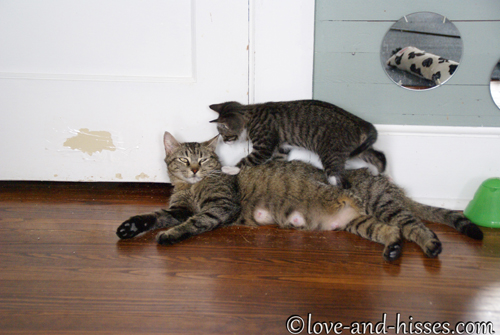 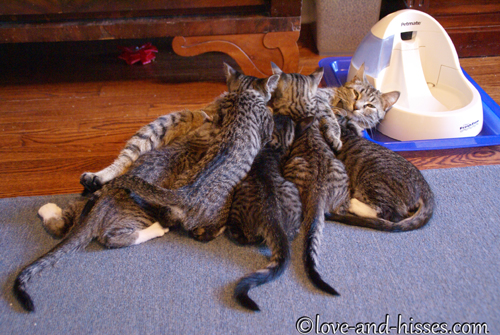 Not only did she raise her own six kittens, she took on the care (and nursing of) three little girls who lost their mother too soon, the Spice Girls. It wasn’t unusual to see all 9 of the kittens trying to nurse on her at the same time. And she put up with it WAY longer than any mama should have to! 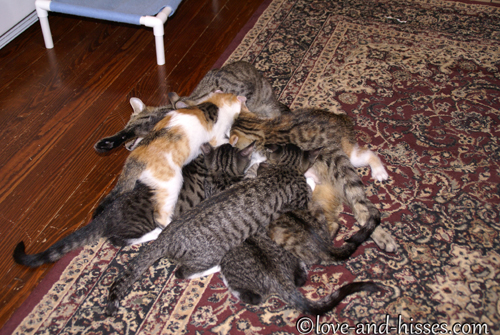 Well, Maggie went off to Petsmart and was adopted by Alex and Sara pretty quickly. She gained a couple of brothers (Tucker and Bailey), and she got herself a human brother, Henry. Last year, they moved from Alabama, and she’s now Maggie the Wisconsin cat!

It has been a year since my family (me, my wife, Sara, our son, Henry, and our three cats, Maggie, Tucker, and Bailey) moved to Wisconsin. Maggie was the quickest of the cats to adjust, and I honestly believe her flexibility helped the other cats adjust. We now live in a two-story house with a basement, which gives Maggie ample opportunity to get plenty of exercise; though she does remain a little pudgy.

Of all the cats, Maggie is the most tolerant of our 17 month old. She allows him to pet her, nuzzle her, and play with her. Overall, Maggie continues to be happy and very well loved. I think she had taken to Wisconsin very well. I hope you enjoy these pictures of one of your most famous mama cats. Thank you so much for the update and the pictures, Alex! I sure do love seeing her sweet face (and I just can’t believe it’s been five years!)

Hemlock, Privet and Juniper are headed off to Petsmart this morning. I expect that they’ll be freaked out, but I hope that they adjust quickly – and go home very soon!

In preparation for their move to Petsmart, they got all spiffed up. I think the red hat against her dark, glossy fur is SMASHING. Privet also looks pretty good in the tiny red hat. But she wants something a little… fancier. “This will do nicely, lady.” “Why you takin’ my chew toys away? They like it when I chew on them, that’s why they yell!”