Today marks 4 weeks since we moved into this house. And as of yesterday, every single box is unpacked and everything is put away. The last things on my list were to organize the shed, put together the shelf unit in the garage, and then organize the garage. That is all done! We close on the old house tomorrow and then we can start thinking about slowly working on this house.

I’ve been trying to convince Fred that since we’re having the carpet in the master bedroom and computer room pulled up and replaced with the same kind of flooring as upstairs, we should go ahead and paint those rooms now because it won’t matter if some klutzy klutz drops paint on the floor. He’d rather wait until winter, so we’ll likely wait (he’s a better painter than I am and doesn’t hate it as much as I do.)

I had an appointment in Southeast Huntsville (where the old house is located) the other day, and dropped by to pick up the router and Nest camera I’d left there as an extra measure of security (it was positioned so that if anyone came in any door, they’d be caught on camera. Not surprisingly, the only people who came in were inspectors, potential buyers, and realtors. Borrring.) I walked through the house and double-checked to be sure we hadn’t left anything behind, and I have to say: it’s a great house, but it never really felt like home to me. The new house already does.

(I plan to take pictures this weekend and get a house tour put together next week or so.) 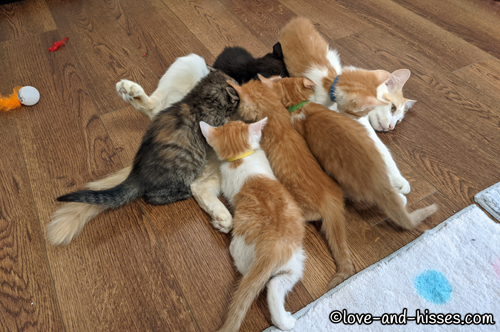 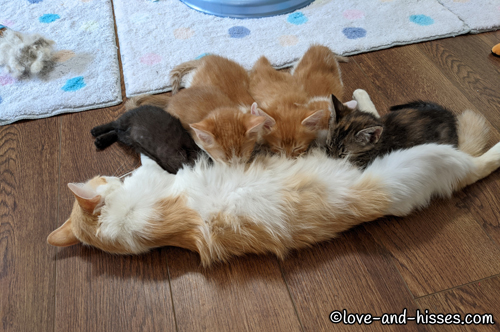 It’s popular with the locals. 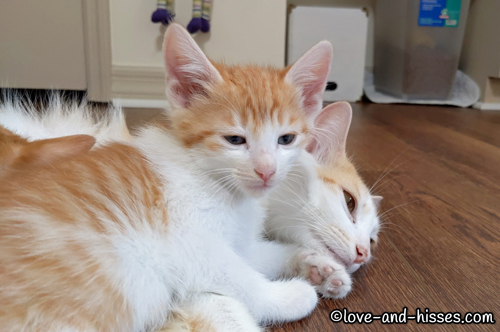 Those pictures were taken before Molly Marinara was spayed. She didn’t let them nurse at all the day she was spayed (I’ve seen many a mama get home from their spay surgery and flop down to let kittens nurse) and only a little last night. She may be on the path to weaning them – we’ll see! 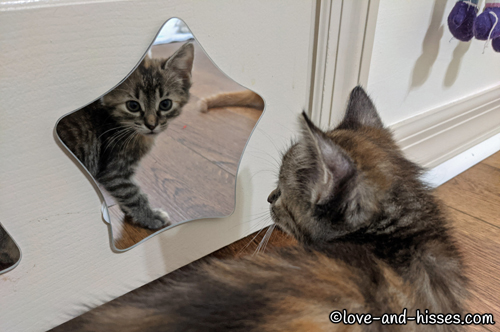 Tia Teriyaki can’t believe how cute she is. 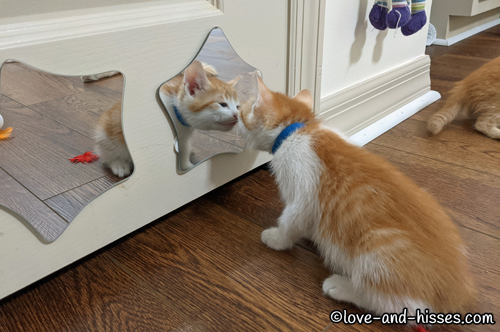 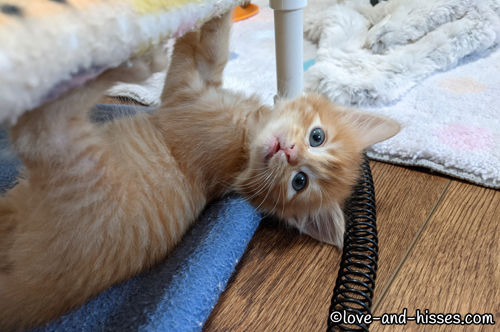 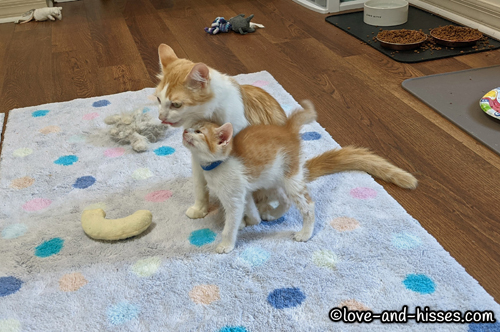 Did I mention that Alfie Alfredo loves his mama? 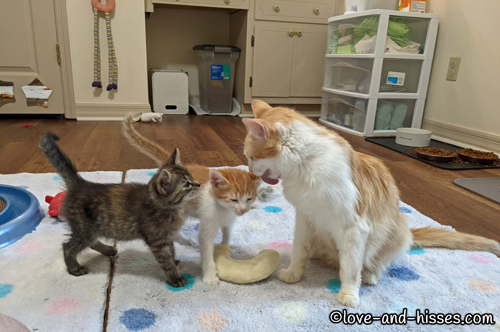 Tia Teriyaki’s all “Ooh, I could use a face wash too, Mama.” 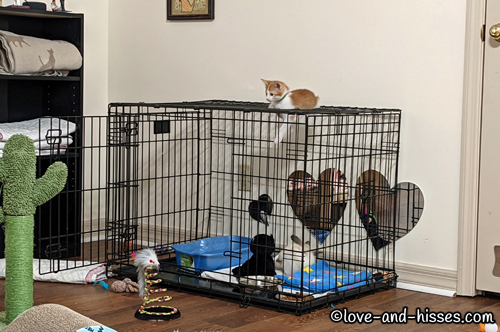 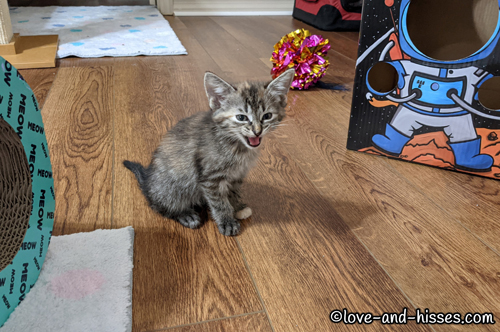 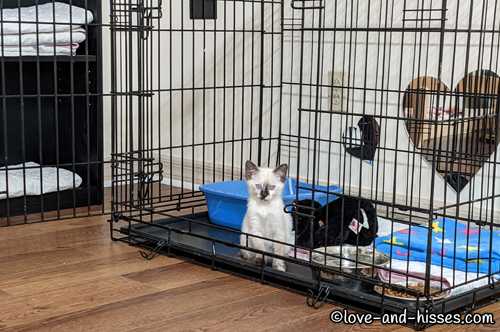 Hannah Hollandaise is all “Is it safe out there?” 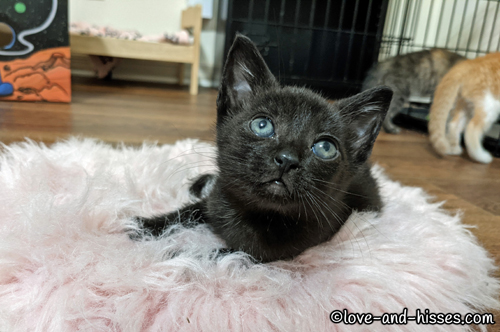 So, I don’t want to get too excited yet, but I think Molly Marinara is starting to soften toward Hannah Hollandaise. There were times yesterday when Hannah would go floomping by Molly, and Molly would ignore her or just hiss half-heartedly. I spent a lot of time in the foster room with Hannah free-roaming, and there were a couple of times when Hannah would make one of the other kittens squeal, Molly would start to stomp over to her, and I was able to distract her. But notably she never RAN at Hannah, and that’s an improvement.

A thing I noticed when I was in the foster room – and I don’t know if this is new behavior or just something I somehow failed to notice before now – is that the kittens all hiss and growl at each other. They might do it a bit more emphatically at Hannah, but in the course of 10 minutes, pretty much everyone hissed/growled at each other. Molly never seemed to notice when it was one of her own kittens hissing/growling at another of her own kittens (I see how you are, Molly), but when Hannah was involved she was definitely keeping a very close eye on things. 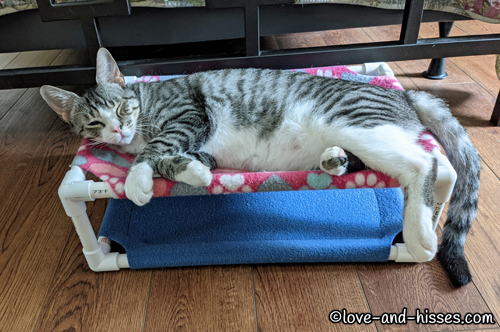