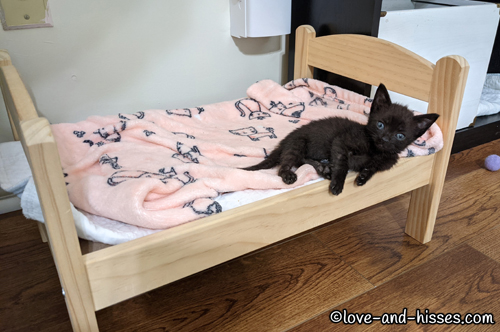 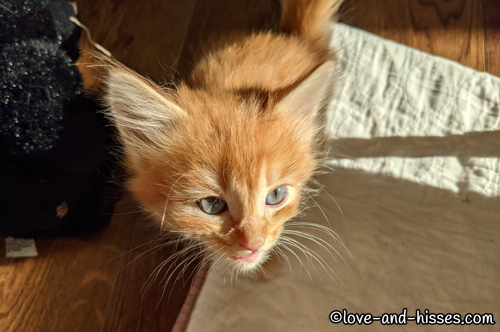 Theo Pesto has something to say. 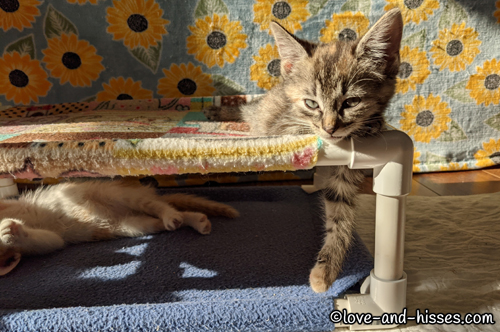 Tia Teriyaki says “I am not stuck. I just find this comfy.” 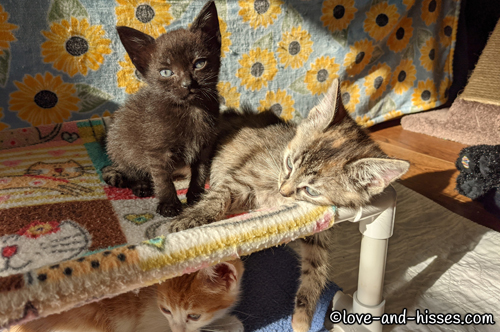 Sofia Soy Sauce says “She’s stuck. And now she can’t do anything when I gnaw on her neck.” (As it turned out she wasn’t stuck, which Sofia found out to her dismay when Tia used that leg to smack her off the ham-mick.) 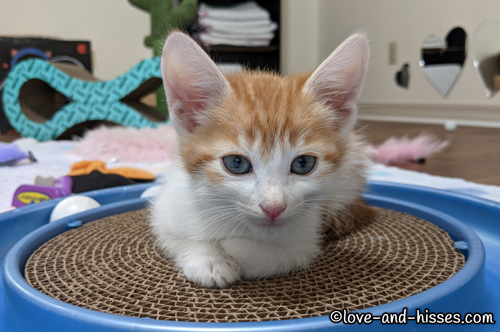 Alfie Alfredo is a fan of this scratcher. “The ball goes by, and then it comes back around. It’s the darnedest thing!” 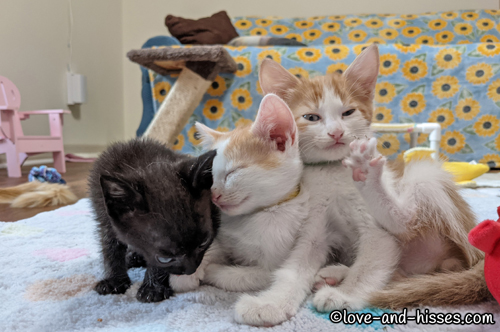 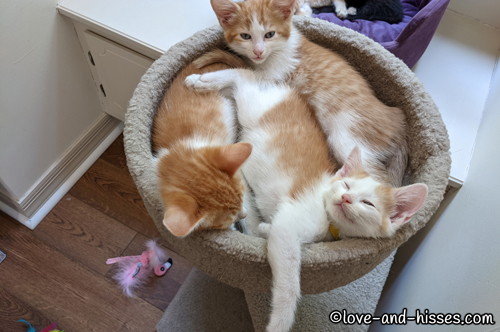 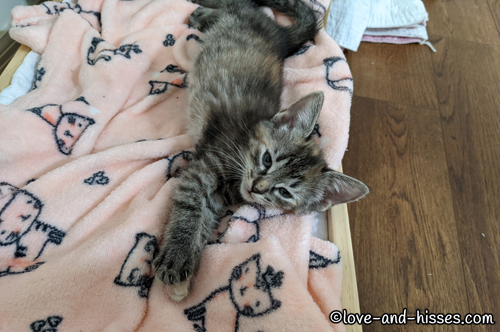 Tia Teriyaki has a sleepy. 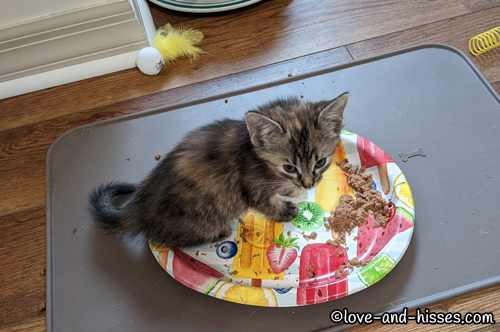 Now Tia Teriyaki has the munchies. 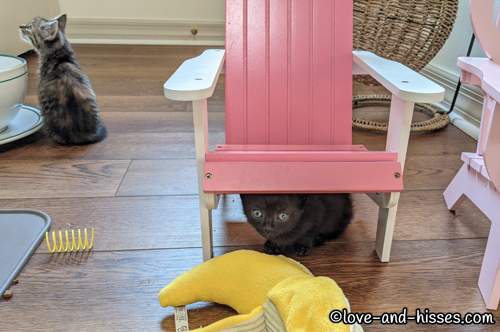 Tia Teriyaki’s in her own little world, but that’s okay – Sofia Soy Sauce is keeping an eye on me. 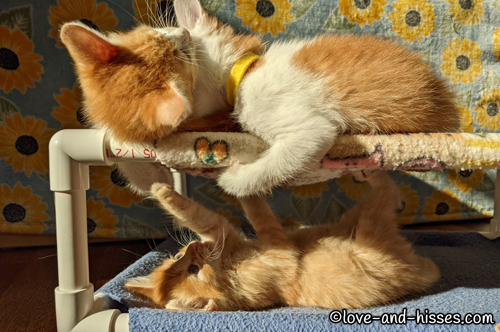 Alfie Alfredo and Christopher Chutney are wrasslin’ on the ham-mick with an assist from Theo Pesto below. 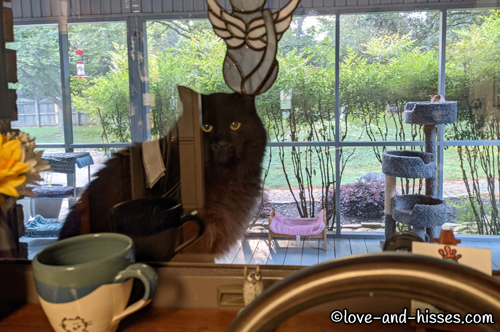 There’s a set of steps right outside this window and the cats like to sit there and look at me. It’s the kitchen window over the sink, so OVER MY DEAD BODY are those cats coming in through this window, but they remain hopeful.

Last week Fred finished putting the cat fence around the back yard. He even made a point of putting braces and fencing around the two trees that are located closest to the fence and which the cats could conceivably climb up high enough to jump over the fence into the neighbor’s back yard.

(On a side note, the trees in question are Bradford Pear trees, which are a blight upon the face of humanity. They’re also clearly suffering from some sort of disease and will likely have to come down soon. Imagine my sadness.)(If you’ve never smelled a Bradford Pear tree in the spring when it’s blossoming, imagine pretty flowers that smell like rancid, hot garbage comprised of mainly rotted fish.)

So the cat fence was up, the cat doors were installed in the screened porch doors, and the cats began exploring. Fred watched them carefully the first few days – as expected, Archie ran the perimeter of the back yard looking for a place out (he did not find one.) Then Tuesday morning, Fred said “I think Khal is under the deck.” He’d walked out to check on the cats and Archie came sauntering out from under the deck. Fred looked everywhere for Khal and couldn’t find him. Despite the fact that we’d both looked closely for places where the cats could get out of the back yard, we’d only looked briefly at the deck/patio area. The underside of the deck is blocked by wooden trellis, but apparently it’s not (well, WASN’T) attached at the top and it was pretty simple for Khal to push it in and then climb under the deck.

So we waited for him to come out and when we hadn’t seen him for a few hours Fred began worrying that Khal had actually escaped the back yard somehow. So I set up the Ring camera under the deck (by this point, Fred had pulled up a few of the deck boards) and a few hours after that it caught Khal in motion, wandering along all covered in cobwebs.

He came out in the early evening hours (he always does) and came into the house for food and water. Fred locked the door and went out and fixed the trellis so that it can’t be pushed in.

But I suspect that Khal will eventually find a weakness and get under there again. He always does! (If need be, I could have gone under the deck to look for him… but I don’t particularly want to do that!)