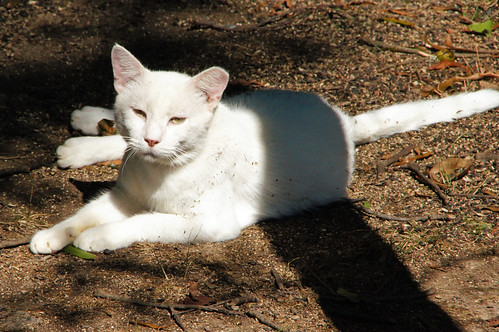 I’m sorry to tell y’all that Rupert, the white cat who showed up here in April and became one of our permanent outside cats, died on Thursday morning. Fred saw him before he left for work that morning, and then neither of us saw him again. When I realized, mid-morning on Thursday, that I hadn’t seen him, I started worrying. I looked in all his usual places and found him nowhere. This isn’t the first time he’s gone walkabout – he did it not long after he originally showed up – but I’ve become so accustomed to him always being either on the side stoop, under the side stoop, or hanging out on the steps of the blue coop, that it struck me as wrong and weird.

Yesterday afternoon Fred was walking around the property, checking all the outbuildings yet again, when he found Rupert in the ditch between our property and the church property next door. He’d pretty obviously been struck by a car and died instantly.

Fred buried him behind the back yard, where Rupert would hang out and keep us company when we were in the pool.

He wasn’t with us long, but he integrated with the outside cats (Maxi and Newt) so seamlessly that it seems like he’s always been with us. He will absolutely be missed. 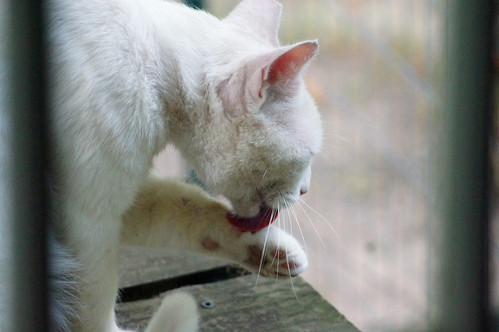 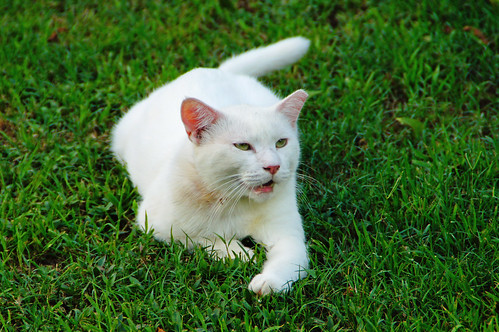 This is quintessential talking Rupert. He always had something to say. 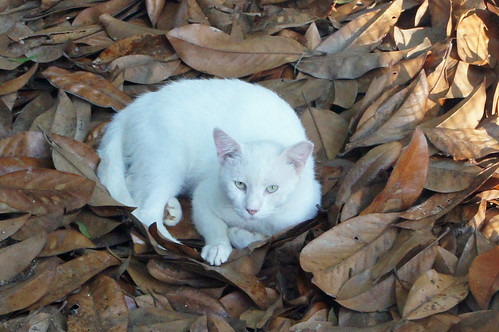