And not only that – he was adopted into the same family as Charming (now Toby)! Don’t you love it when siblings go to the same home, and get to spend their entire lives together? So sweet!

Dropping off Khaleesi went just fine, and I got to see Jareth one more time before he went home. I also got to see Aslan, Leia, and Buttercup. They continue to be unbearably adorable, of course. Khaleesi could not have looked less stressed out, and when I left the store she was sitting on top of the litter box (they have covered litter boxes in their cages), snoozing. 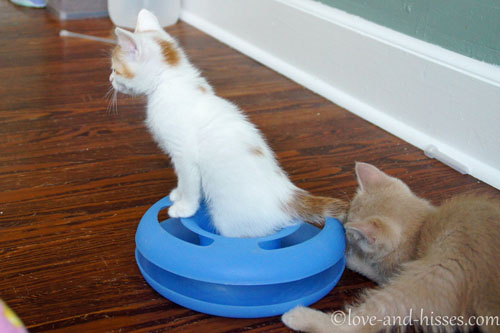 Ember looks like she’s doing her best to sail that track toy across the floor. 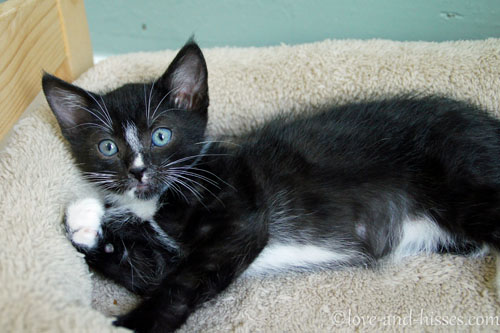 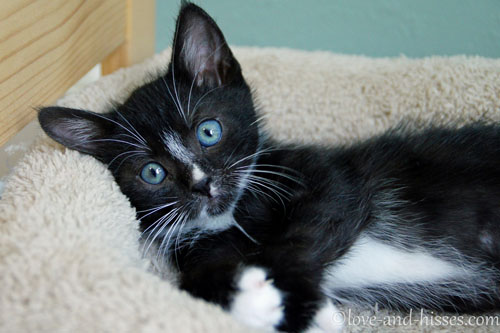 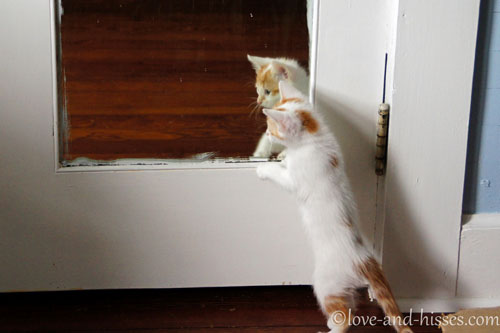 “Hey, that room in THERE looks WAY more interesting. How do I get in THERE?” 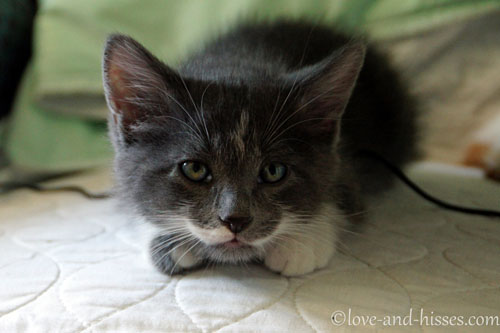 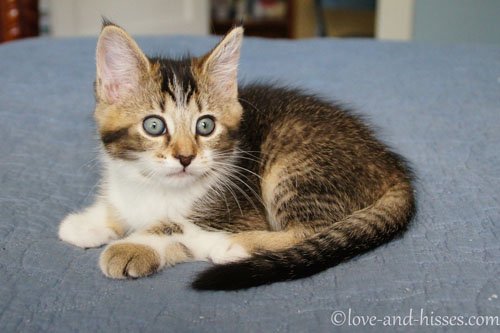 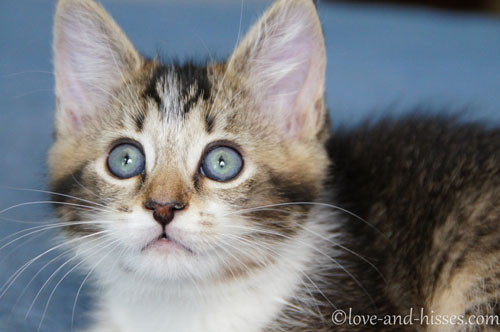 She’s still got that gorgeous purply-blue around the outside of her eyes. SO pretty. 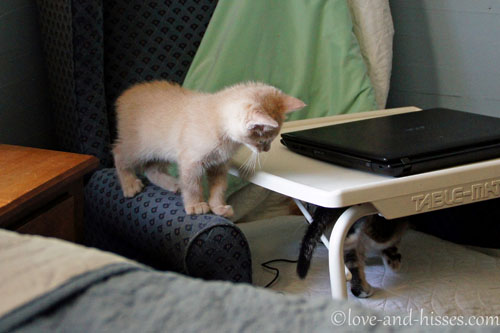 Scorch is just the nosiest boy. He keeps an eye on the other kittens and makes sure they’re not doing something they shouldn’t. Maybe he’s a Sheriff in the making! 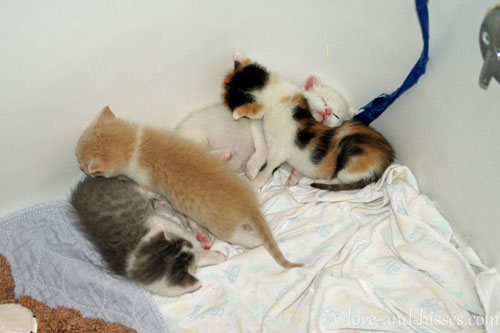 Arya appears to be in a terribly awkward position, but she was sound asleep. I guess she’s young and flexible enough that it doesn’t hurt her back when she sleeps like that! 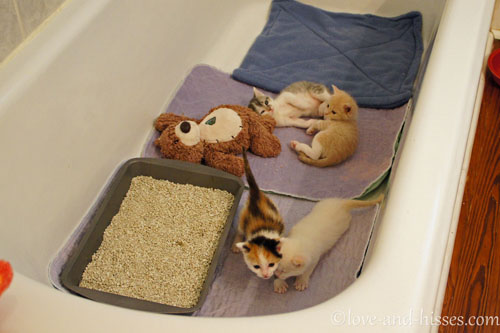 They spotted me coming into the room, and here they come. 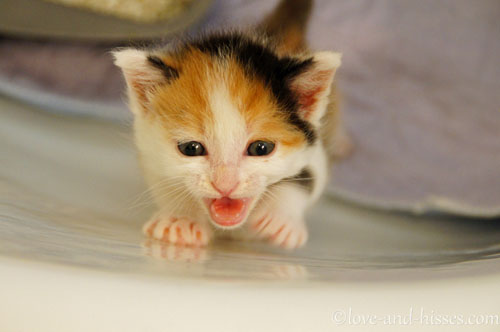 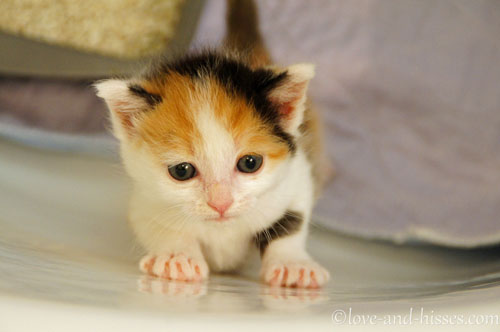 That serious little face makes me want to pick her up and kiss her 10,000 times a day. 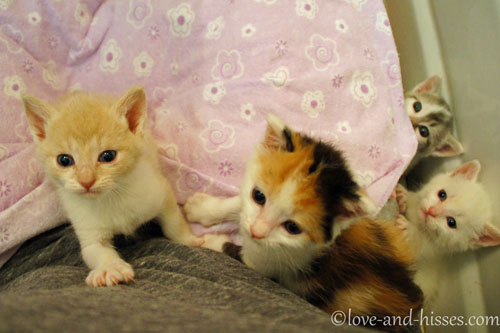 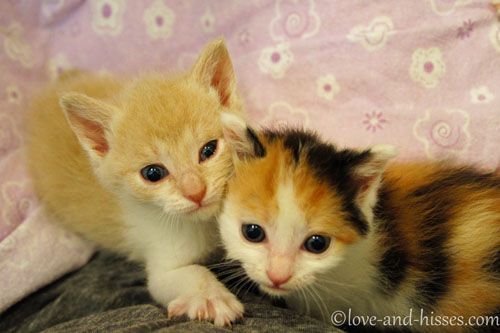 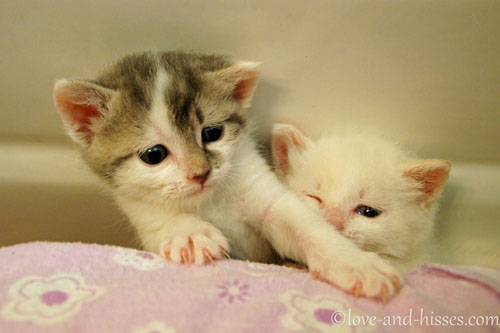 Brandon prepares to climb the wall (or rather my leg, so he can join his siblings in my lap.) 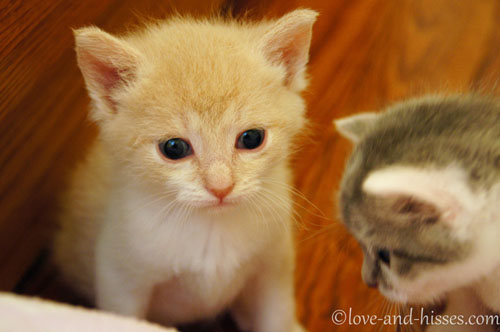 Hodor is having Deep Thoughts. 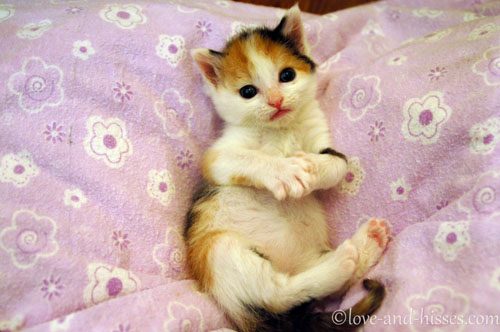 Arya, wringing her paws. What’s got you worried, little one? 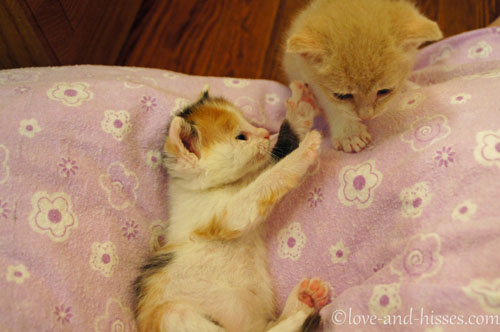 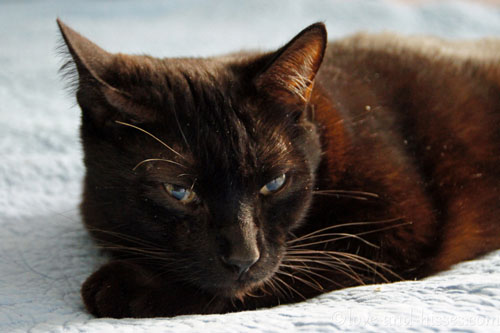 Tom Cullen, in a rare moment when Stinkerbelle isn’t demanding that he groom her. She’s been very bossy with him lately. It’s a rough life for an Ambassador.