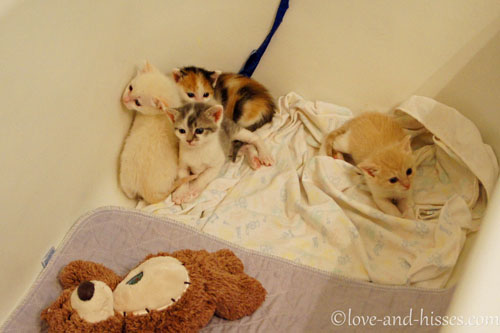 Just chillin’ (or, really, warming) in the tub. 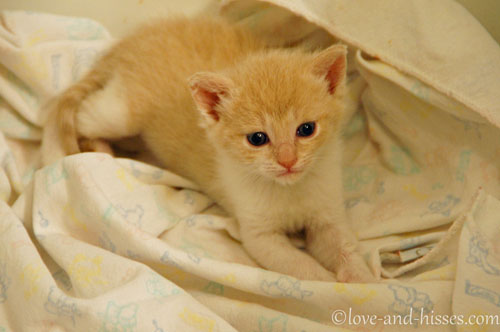 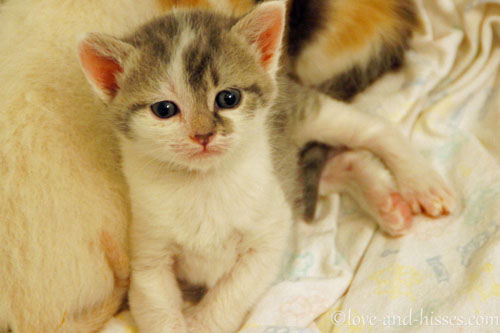 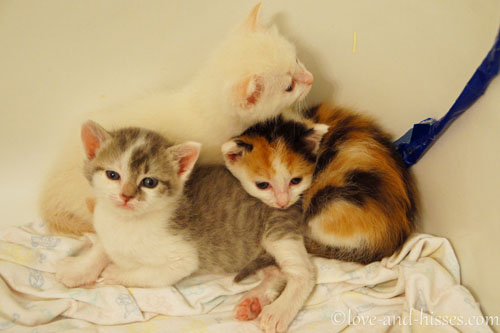 Jon Snow ponders just why, exactly, the person who painted the bathroom six years ago (that would be me) allowed a dribble of paint to fall into the tub AND THEN has not since bothered to scrape it off the tub. (Answer: sheer laziness.) 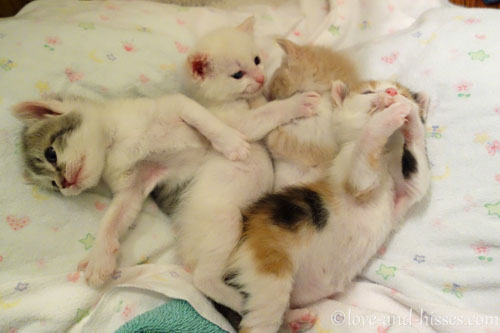 A mass of happy kittens with full bellies. 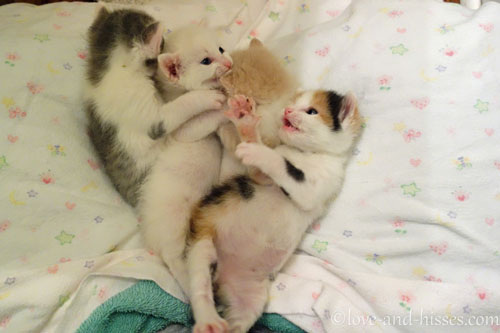 “Hey guys, look! I gots poop between my toes! It’s a poopicure!” 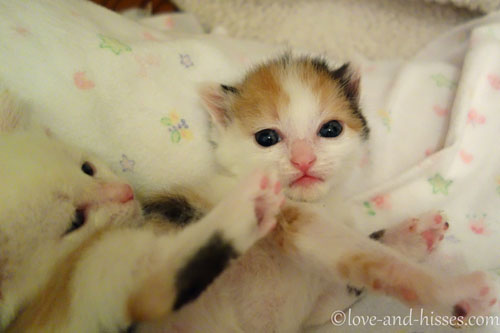 “What? Sometimes I like to stomp through poop and smear it everywhere. Then the lady gives me a bath and I cry like a big baby. BECAUSE I AM A BABY. You gots a problem with that?” 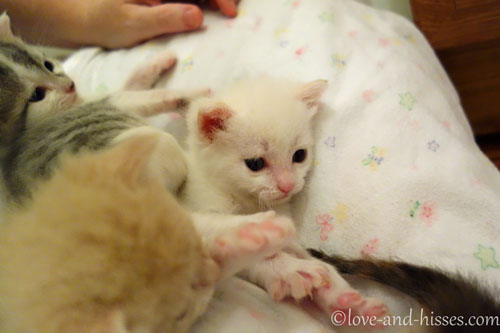 These kittens are such little snugglebugs. Especially that Jon Snow. 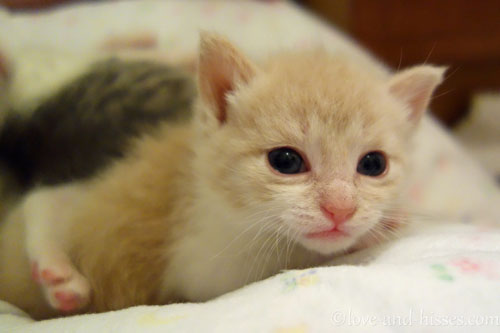 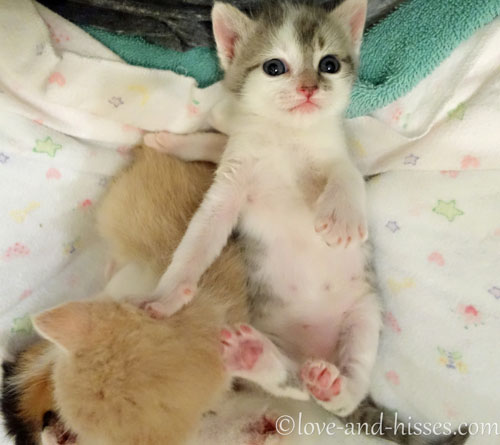 Despite my plans, I didn’t get the Starks moved to the small foster room yesterday. It’s located at the other end of the hallway from the room where Khaleesi and the Dragons are, and I worried that Khaleesi – already not thrilled about being confined to the big foster room so she wouldn’t go after Jake again – would hear them and be concerned. I decided to wait ’til she’s gone to Petsmart, so tomorrow morning I’ll be moving those Starks.

This evening, Khaleesi will be going off to Petsmart. I will, of course, let you know as soon as she’s adopted! 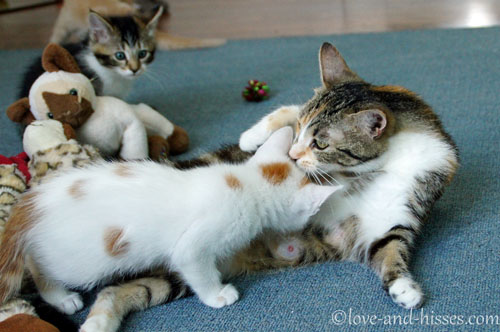 Such a good Mama. (Ruth’s grumpy face in the background is cracking me UP. “WHAT is going on over there?!”) 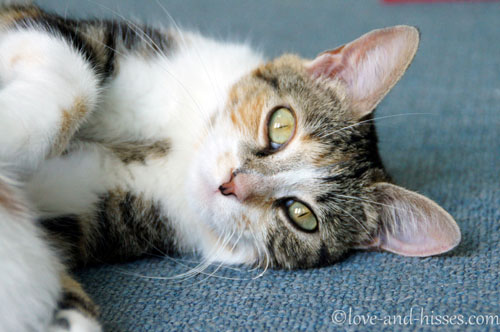 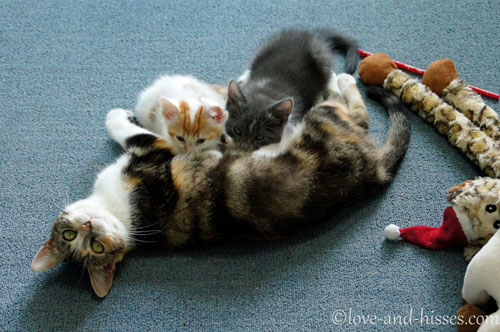 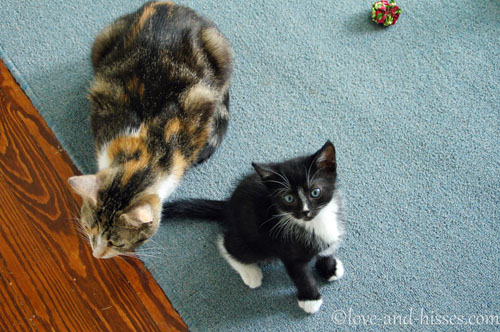 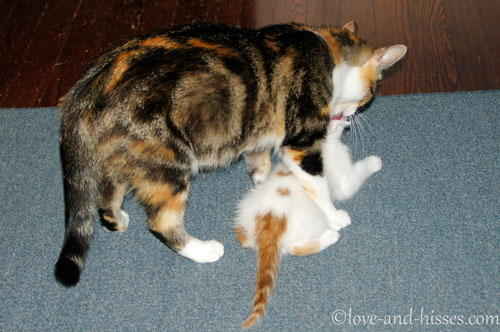 A mother’s cleaning is never done. 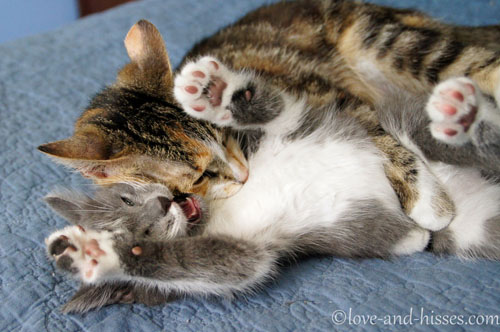 Some last minute discipline… (You KNOW Puff deserved that!) 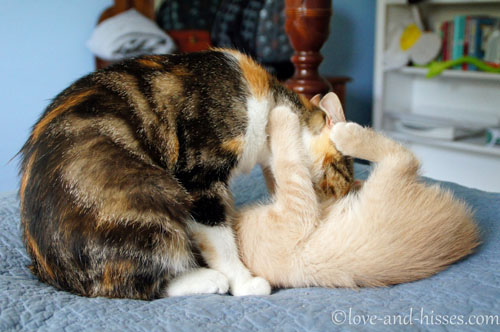 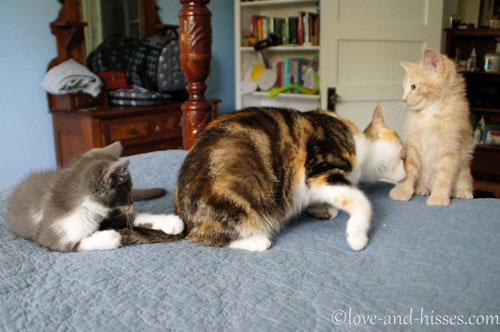 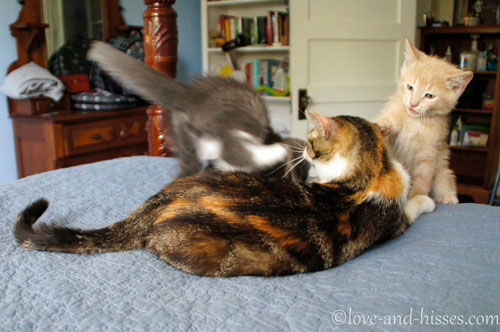 Puff couldn’t stand it, and had to join in on the fun. 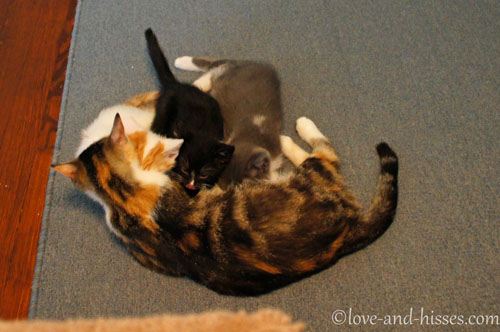 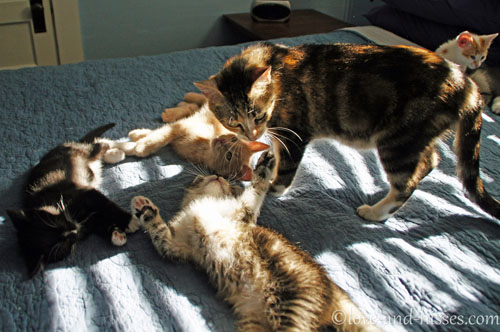 Keeping an eye on the brats. 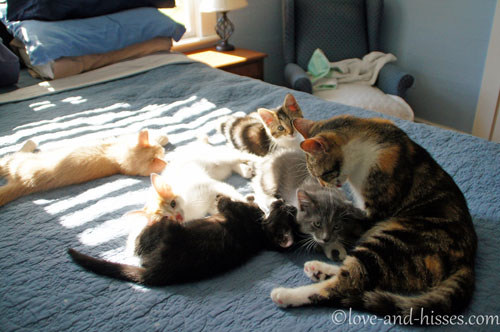 One last shot of the whole family. 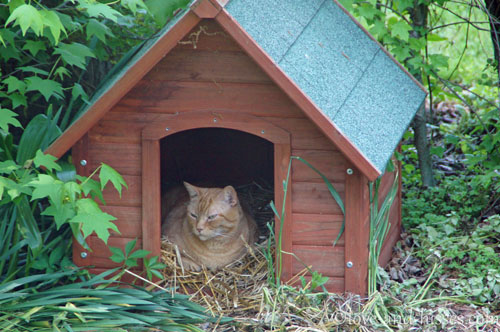 Suggie in his house. They love this house SO much. It rained all weekend, and there was always someone hanging out in there, watching the rain. I’m thinking we need a whole row of them in the back yard, don’t you think?