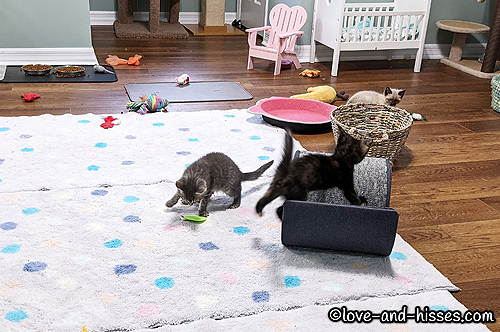 Jenny in motion one way (while Angus eyeballs a toy)… 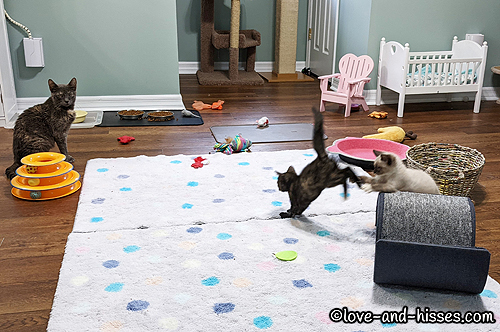 And Jenny in motion the other way, while Fergus grabs for her and Jocasta gives me a “these kittens are wild. Do something about them” look. 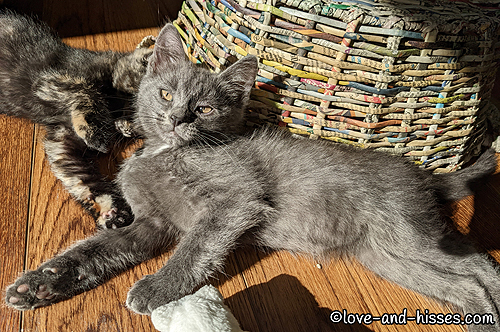 Lord John Grey (and Jenny) in the sun. 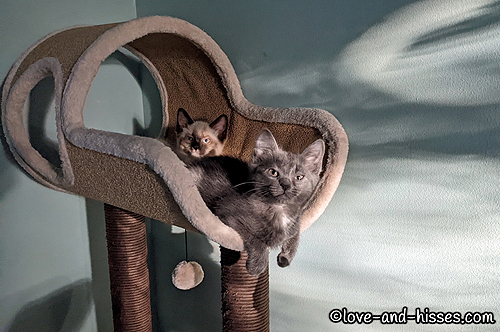 Fergus and Lord John Grey in the evening sun. (I really wish there was more natural light in the foster room. It tends to be pretty dark. I’m gonna put a skylight on my “maybe some day” list.) 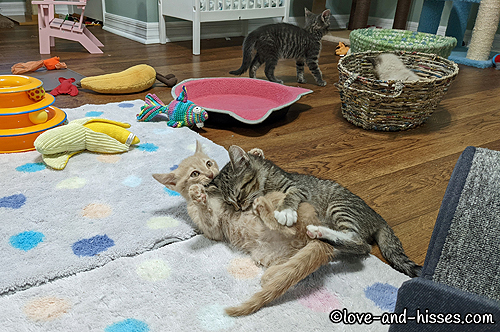 Jamie and Marsali playing a rousing game of “I bite you, you bite me” while Angus and Fergus do their own thing in the background. 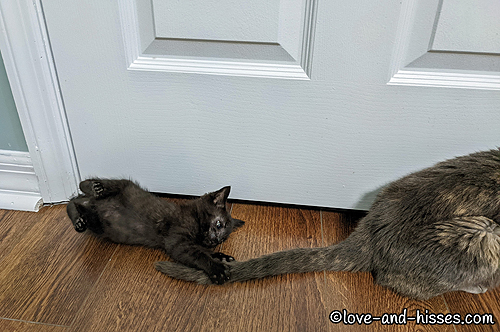 I would say that Roger is very nearly obsessed with Jocasta’s tail. He thinks it’s the best toy EVERRR. 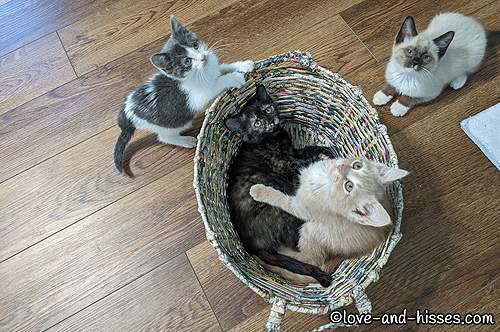 Jenny and Jamie have a tussle in the basket while Brianna and Fergus look on. 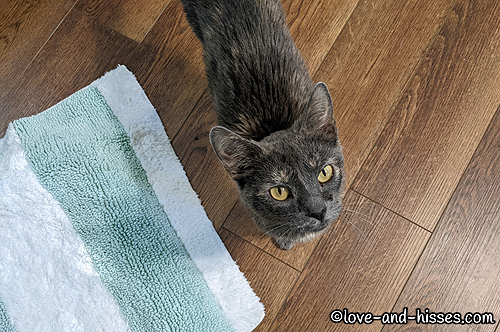 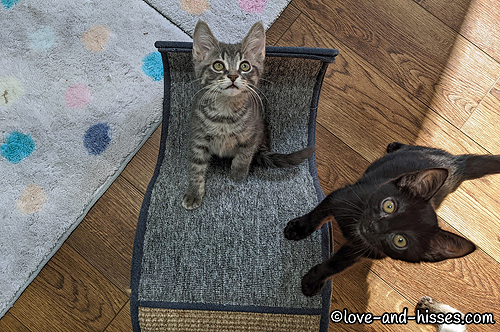 Angus and Lizzie check to see what I’m doing (I am endlessly fascinating, apparently.) 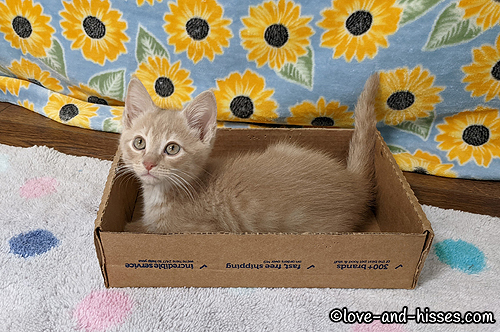 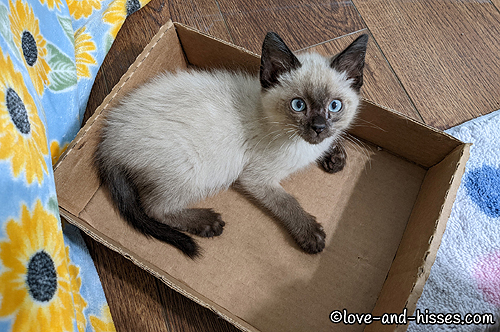 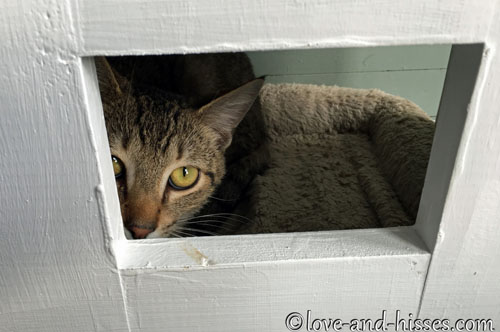 One of the first pictures I ever took of Dewey. Such a cute little timid boy he was. (He’s much less timid these days – I’d even call him confident, unless I’m trying to take his picture, in which case I’d call him gone.) 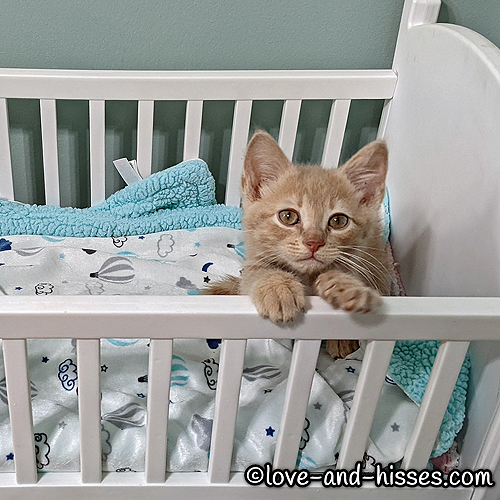 Jamie’s all “There can be more than one da BAYbee in this litter, you know, lady.” 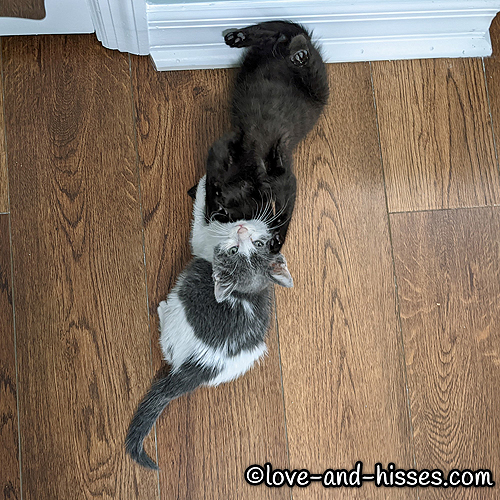 I’m not sure Brianna’s as interested in this tussle as Roger is.

YouTube link
Oh, that Ian – he is just the sweetest little guy! 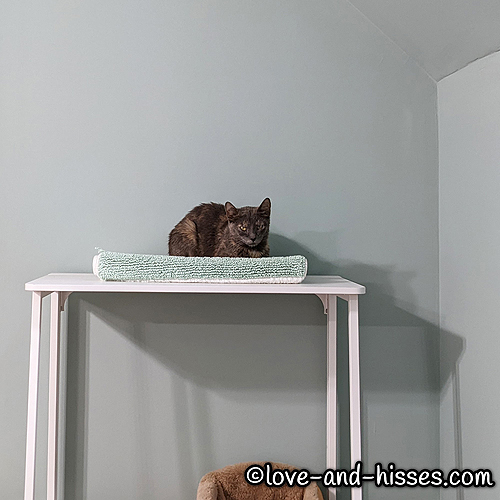 YouTube link
Oh, y’know. Just hanging out in the kitten room, talking to the kittens and Jocasta, and watching ’em do their thing. 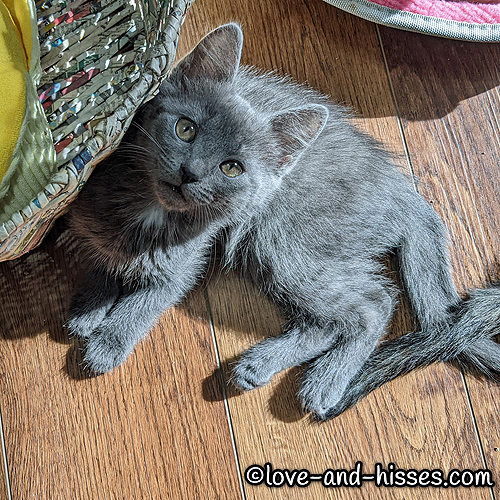 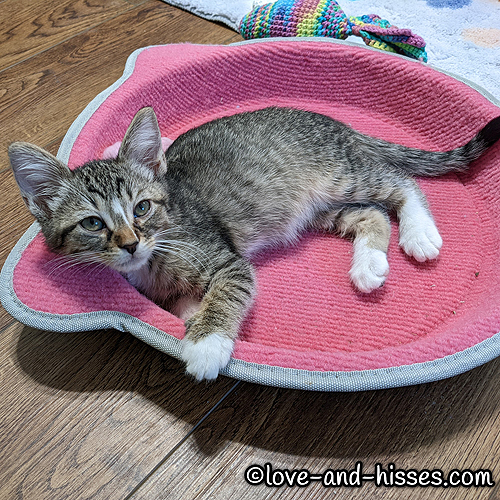