He’s a lapkitten, for sure. We have an Open Mouth of Outrage! Andouille likes to start fights with his sisters, and then he’s surprised and appalled when they win the fight. That’s Beignet kicking his butt. 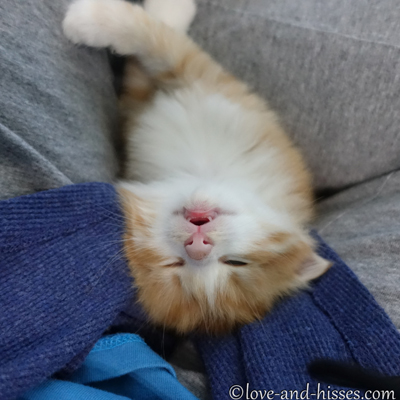 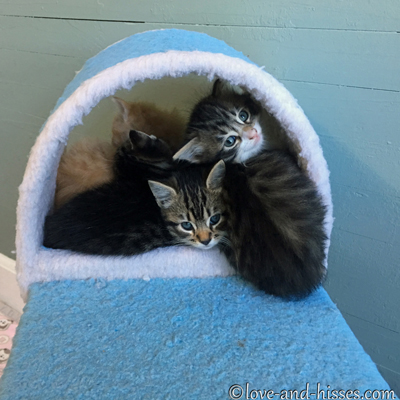 Well, THAT looks comfy. (All four kittens are crammed into that little cubby.) 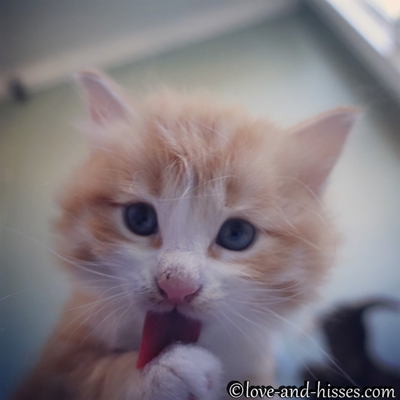 Gotta keep the slappin’ paw cleaned and ready for action. 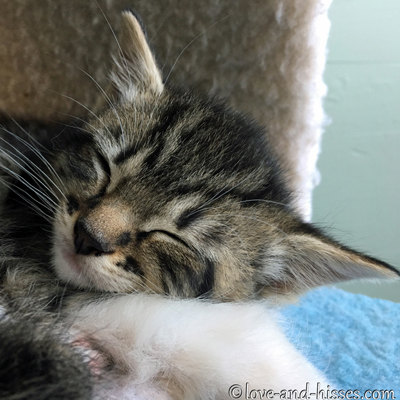 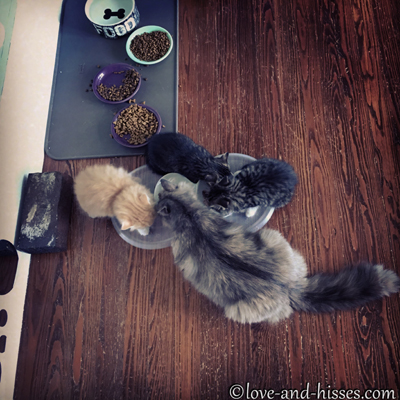 It’s about time to dig out the segmented chip platter for snack time, I reckon. Doesn’t #Nola have the coolest racing stripe down her back? 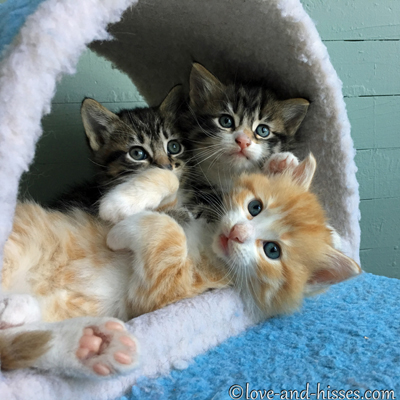 These little goobers, settling in for their afternoon nap. (Andouille, Beignet, and Roux) 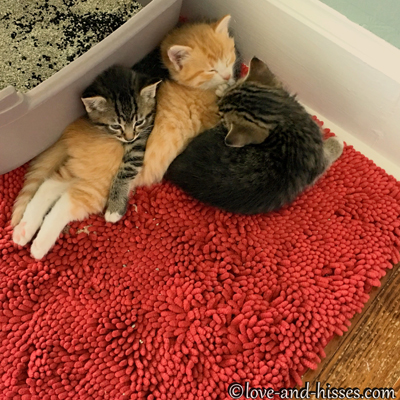 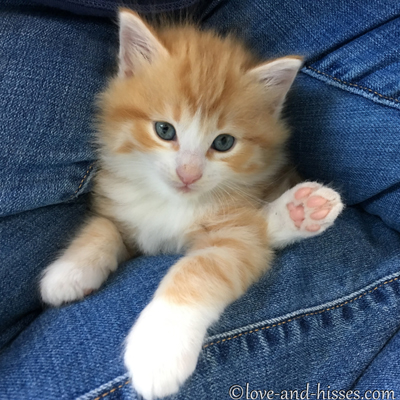 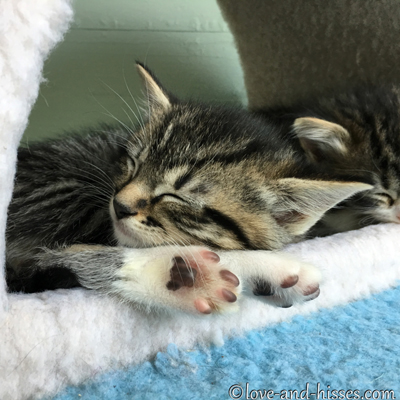 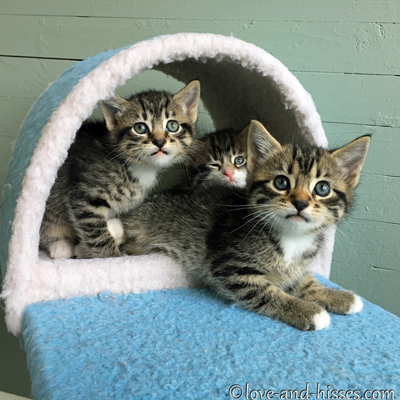 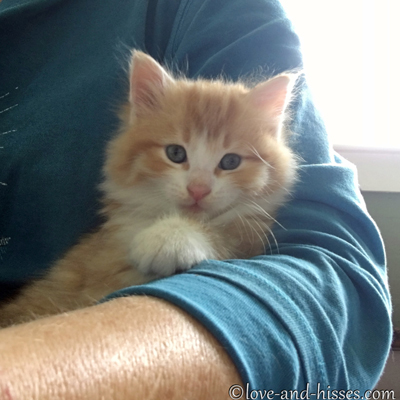 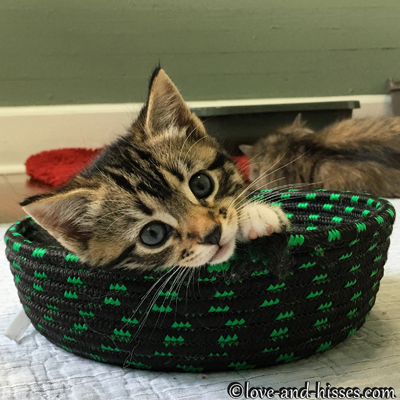 Praline fits perfectly in the #TinyBasket. 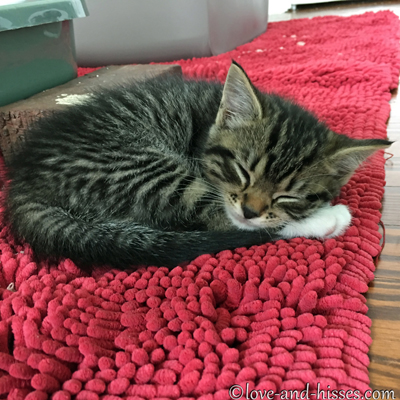 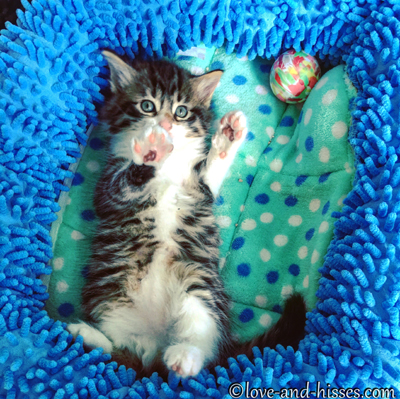 “Lady STOP. I told you no pictures! Don’t MAKE me tell my mama on you!” (Beignet) “Hi Mama, hi Mama, whatcha doin’ Mama, can we watch?!” Poor #Nola, not one minute to herself! The week’s videos, put together in one long video because it’s easier for me.