When Canasta was gone overnight for her spay surgery, we let Uncle Charlie visit. It went about as you’d expect. 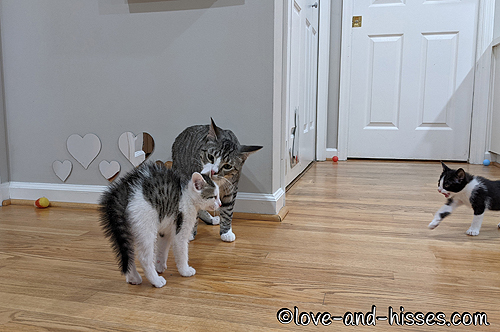 Charlie took a sniff, Fizzbin did a floof, and Rummy came over to see what was what. 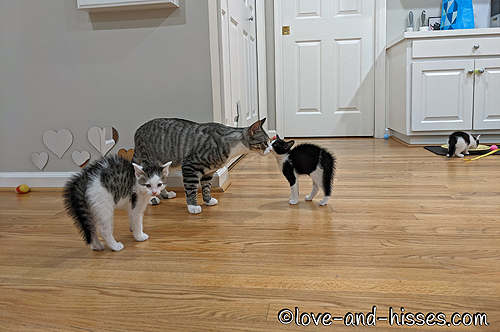 Charlie and Rummy sniffed each other vigorously. 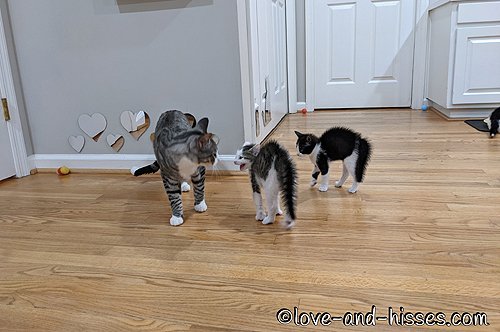 Fizzbin gave a hiss (and BOY she looks like a possum here! Well, the hissing end. Not the floofy end.) 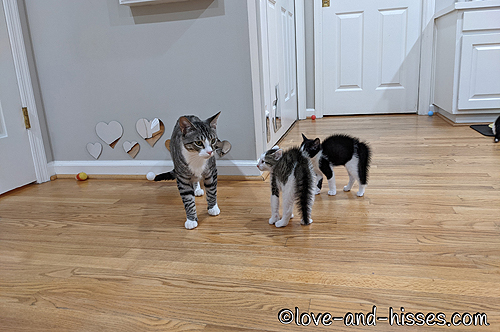 I love it when kittens hiss and then draw back to see the reaction from the other cat. Charlie was like “Whatever.” 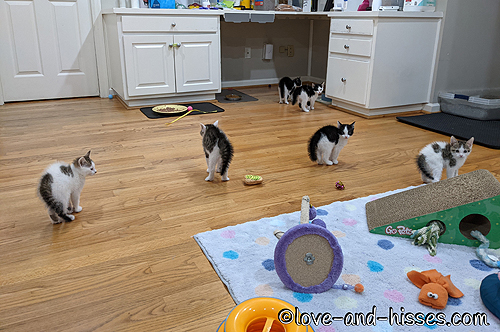 All the kittens in different stages of flooferation. 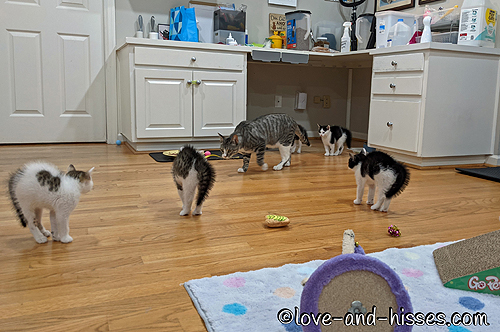 Keeping their eyes on Uncle Charlie. 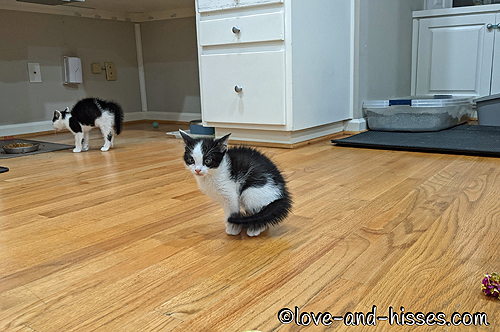 Uno’s unsure of whether she should be floofy. 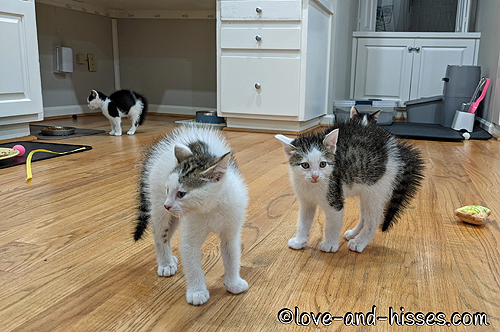 Whist and Fizzbin, on the other hand, were 100% sure that floofing needed to happen. 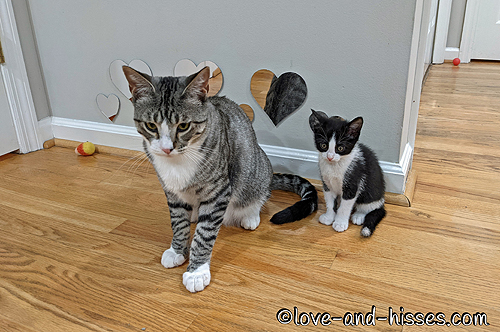 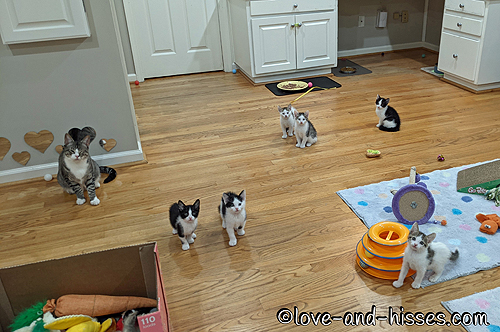 Charlie and the kittens.

The one moment I didn’t get on video and desperately wish I had was when Charlie was sitting and watching the kittens, and Rummy walked over to him and was sniffing him. Charlie sniffed back and then licked her on top of the head, and she MELTED against him and purred like crazy. (Then she started snuffling around in his belly fur, and he walked away.) SO sweet.

And I got these two pictures Thursday morning after I’d gone and gotten Canasta. 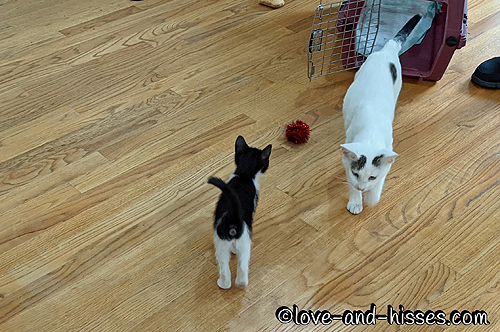 Rummy was more interested in the carrier than Canasta, honestly. 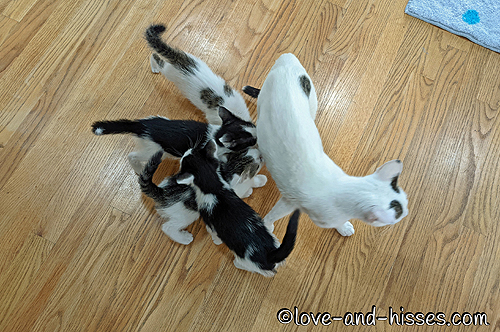 Then the kittens came and crowded around Canasta who said “Nope” and walked away. 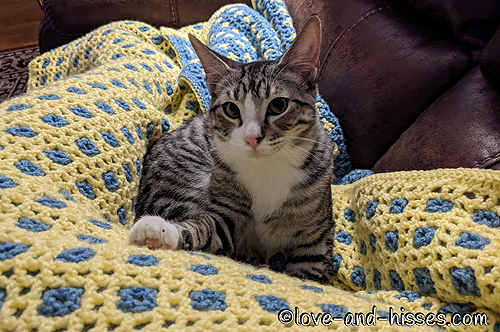 Oh, that Charlie. Yes, Fred did crochet that blanket; isn’t it fabulous? (And no, he won’t crochet one for you. It took him forever to make that one, I doubt he’ll ever make another one in that style.)