Yesterday, for the first time in two and a half weeks, I vacuumed the foster room. The amount of loose cat hair in there was just appalling. I hadn’t vacuumed before yesterday because I didn’t want to traumatize the babies or Maggie. But I was getting desperate, so I figured it was time. It was pretty simple – I just went in, picked up the McMao cave, carried it into the closet (it’s a big closet). Maggie followed us in, I turned on the light, and then closed the door. It took me about ten minutes to vacuum the room, then I put the cave back where it belonged, Maggie followed me back out, and I closed the closet door again. Mission accomplished!

Someone asked in yesterday’s comments when the kittens’ ears will stand up on their heads. I did a quick glance back through Kara’s kittens’ pictures, and this was River (who is now Nate) at three weeks old: 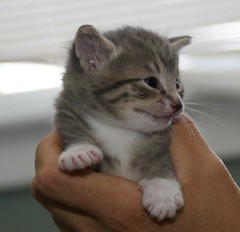 So I’m going to guess that it should happen in the next week or so.

Someone else asked when it’ll be time to offer the kittens a slurry to help them wean. I’m going to start offering them canned kitten food around four to five weeks, since mothers generally starting weaning their kittens at five to six weeks. Maggie gets some canned kitten food in the morning and again in the evening, so if any of the kittens show interest before that, I’ll of course offer them some. This right here is Declan. Declan is the explorer of the litter. When I walk into the room, he immediately comes to the “door” of the McMao cave, and sticks his head out. The threshhold of the doorway is just a bit too high for them to get out, but he tries. Then he looks sadly at me until I lift him out so that he can explore. 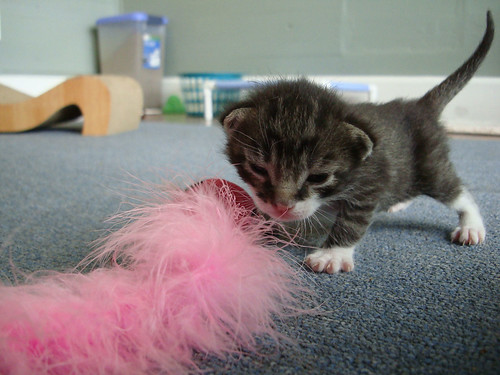 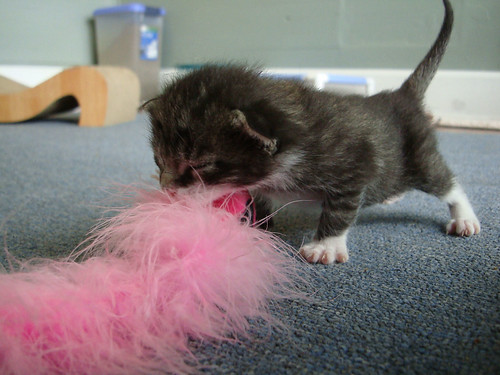 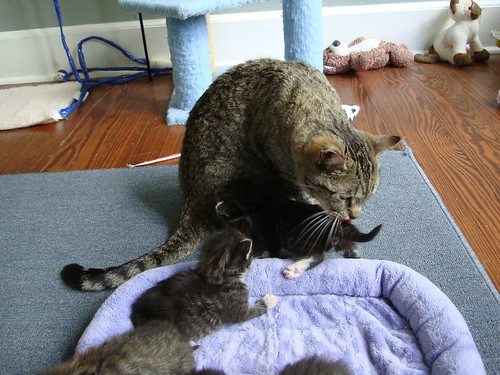 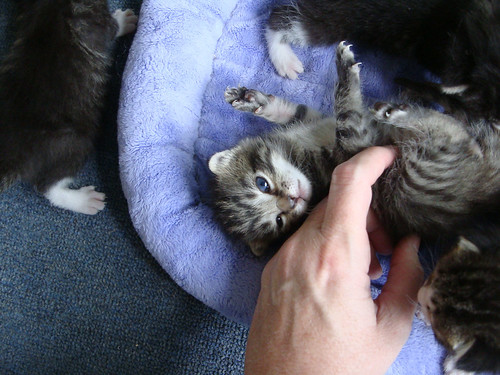 Fergus Simon and the belly rub. 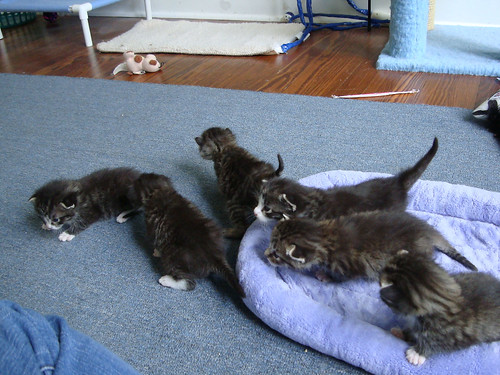 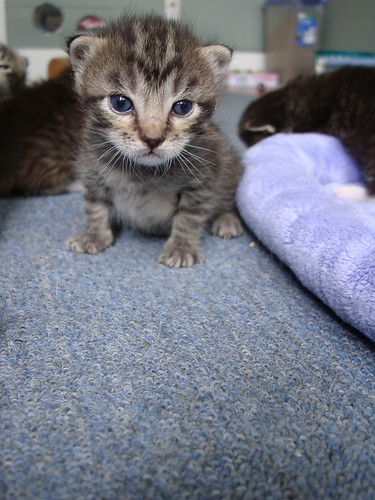 I love how happy they get when they discover Maggie. 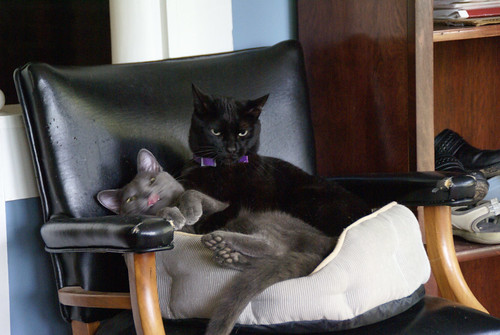 I wouldn’t ordinarily post this, as Jake’s just a blur, but the look on Tommy’s face is CRACKING ME UP. 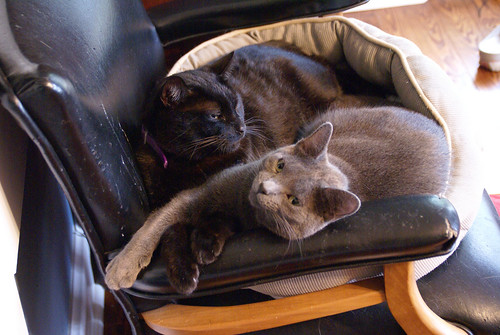 The gray boys sure do love that Tommy.