Apparently my site was hacked a couple of days ago, and the hackers added spam link codes that showed up under my pictures. It only showed up for some people who were reading via Google Reader, and after some intensive searching I found and deleted the code and changed all my passwords. Thank you to Monica who alerted me to it, and Camelama who mentioned it as well.

If you guys ever see any kind of spam links or ads on my site, pleasepleaseplease let me know. Even if you’re SURE someone has probably already told me, tell me again. I’d rather have too many people letting me know than no one.

Given that I still haven’t decided on a new host, and GoDaddy keeps getting hacked, I’m sure that this won’t be the last time this happens. SIGH.

Reminder, locals: Cat Tales is coming up Friday evening. If you haven’t gotten your tickets, do so. I hope to see you there! 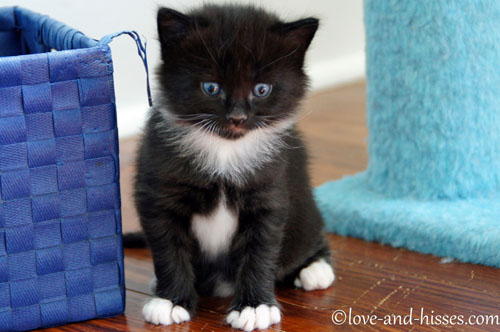 Charming finds you simply amazing. Not only is Charming a big kitty, he’s also turning out to be quite the fluffy boy. I’m starting to think that he’s going to be a medium or long hair. 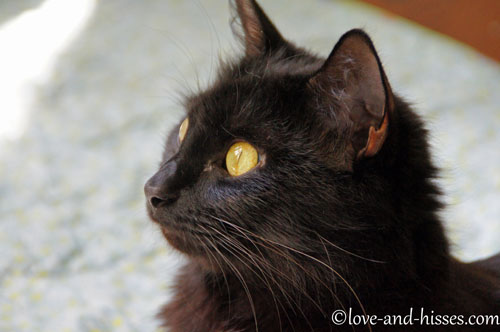 “If I don’t look at the kittens, they aren’t there, and thus I don’t have to clean them.” 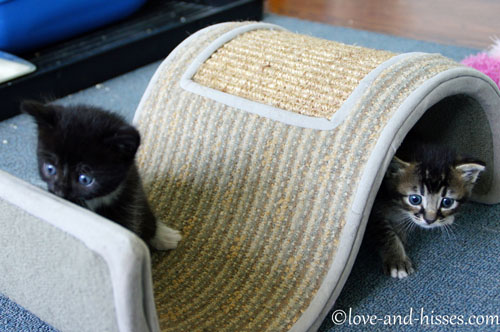 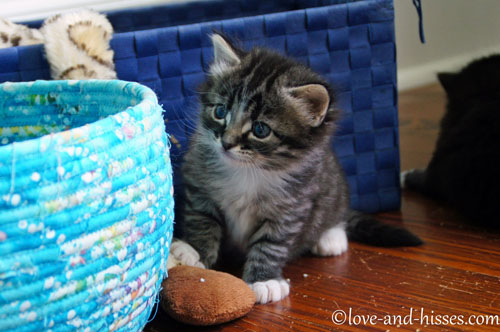 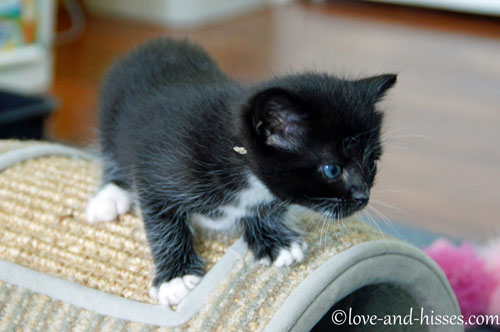 Buttercup likes to be up high so she can see what’s going on. 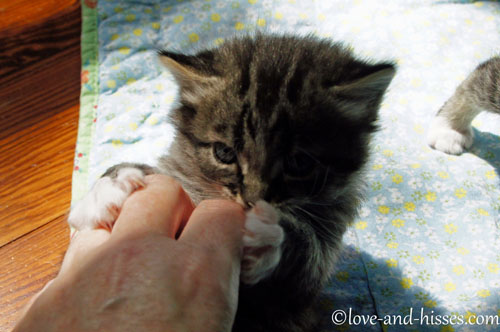 They love to wildly sniff my hand. 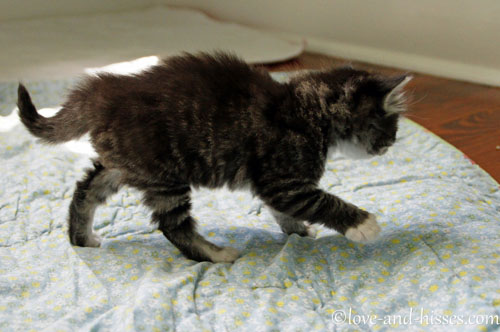 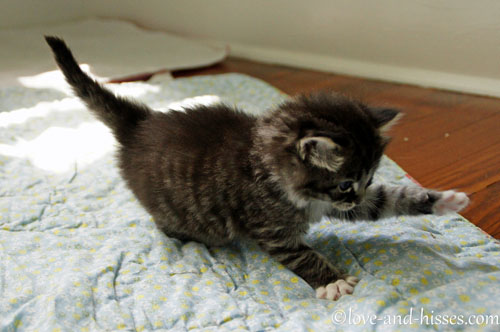 Showin’ that blanket who the boss is. 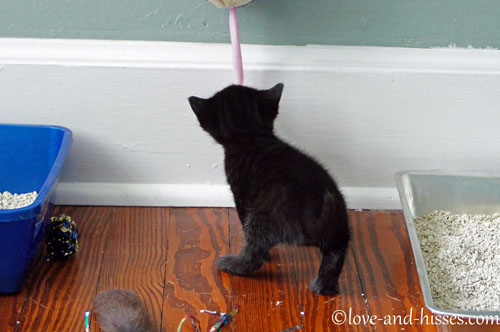 Jareth, checking out the situation. 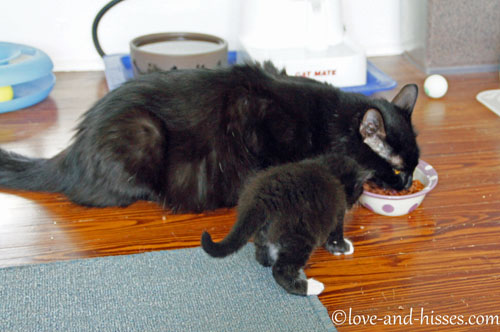 Speaking of litter, one of the kittens used the litter box yesterday! And then she tromped through it and dragged some of it out onto the floor. That was fun to clean up but, y’know, all part of the process of learning how to use the litter box. 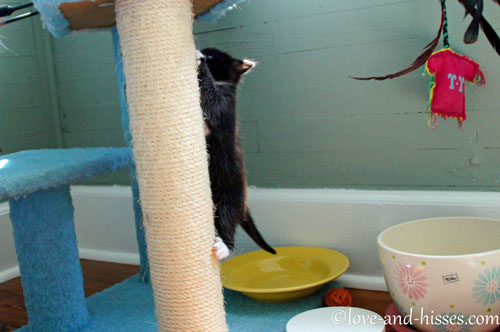 Buttercup was the first one to climb up the post of the little cat tree and then hang there. 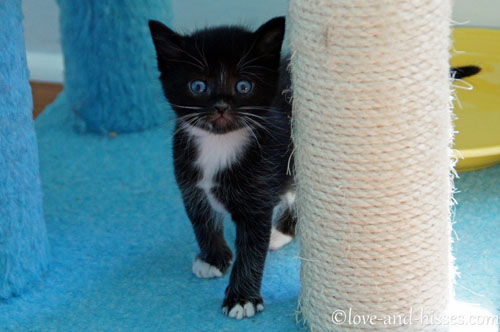 Here’s a Leia video! She was jumping around like a goofy little monkey. She sure does crack me up. 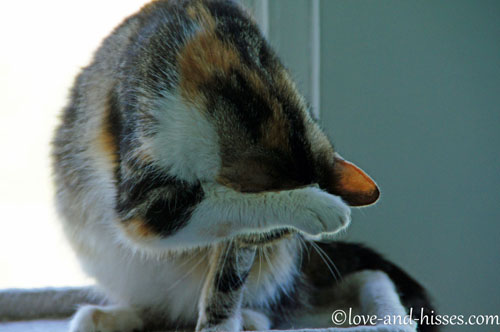 Khaleesi, taking a bath on the cat tree. 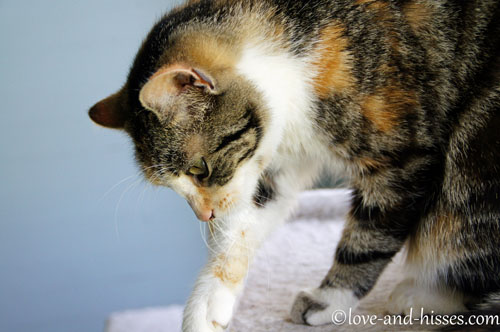 Gotta keep clean, y’know. Plus it’s good practice for when the babies come! 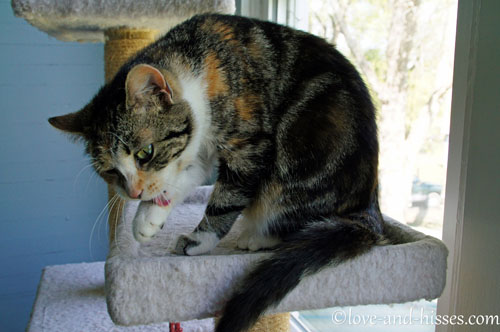 She’s getting visibly bigger, I swear you can just sit and watch her grow. I haven’t felt any babies moving, but she doesn’t stay still for long, so it’s possible they are moving and that I just haven’t felt them. 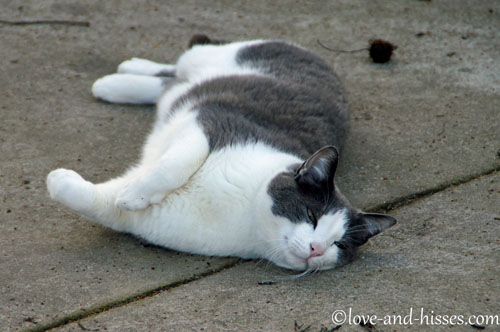 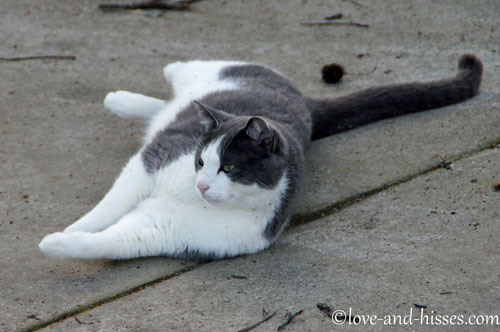 I swear, there’s never been such a happy, happy boy.