First things first: Kennebec/Lunk was adopted Thursday night! So HA HA HA to those of you who swore he’d be coming back here (yeah, I know, just wait!)

You remember Kohle, I trust, who was here with us for a month in November/ December along with the ‘Maters boys. Well, we’ve got an update – and a picture! – from his mama.

I just got home from PetSmart where I got to see some sweet babies. I sure wish I had room for another black kitty because there are some beauties there now!

Anyway, I just wanted to update you on Kohle. Well, Flynn now. Kohle just wasn’t working for us so I changed it after a couple of weeks. To be honest he doesn’t answer to Flynn much either but comes when I call baby so I guess he’s decided he likes being my big baby! I took him to the vet two weeks ago for them to clip his claws. He sat still for them but when I tried you would think I was killing him! They weighed him and he is a whopping 10.5 lbs! He is completely spoiled and gets everything he wants. Just thought I would send an update. I can’t wait to see the kitties that your current mama cat has. She is gorgeous! This picture was of Flynn watching the snow fall earlier today! 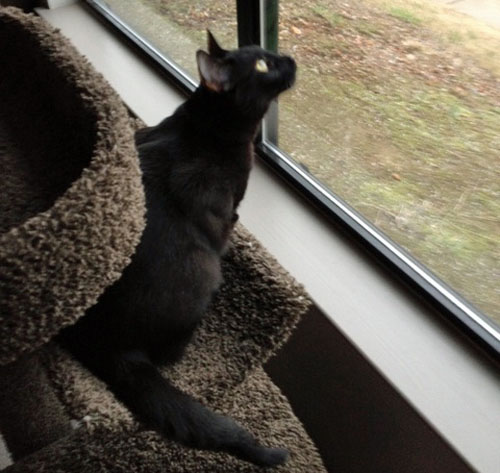 Check out that sweet boy. I sure do love foster updates! (Rumor has it we’ll be seeing pics of Mr. Stripey and Sungold later this week, yay!)

Nope, no babies yet. I’m SO relieved, because I was sure she’d have them while I was gone. Now, as far as I’m concerned, she can have them any time – the sooner, the better. 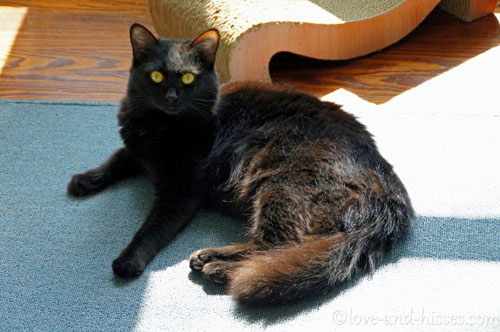 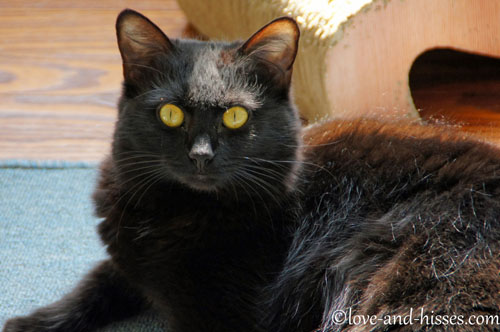 “Um, still baking, lady. NONE of us want underdone kittens!” 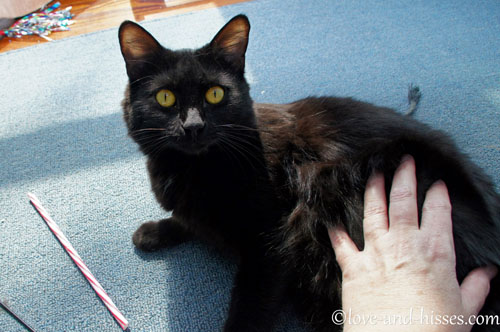 She loves a good belly rub – though if I stop rubbing so I can feel if there’s movement, she gets annoyed and moves away from me. 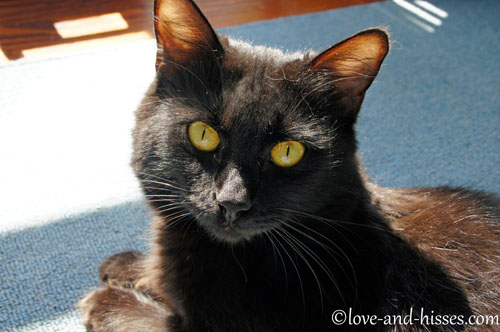 Oh, such a purty mama. 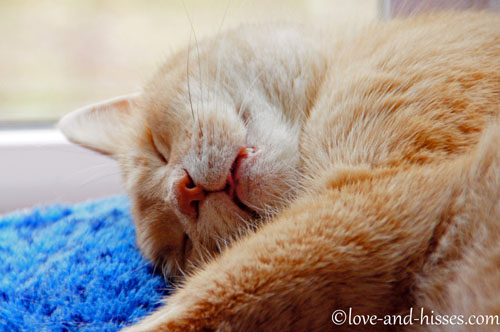 I love it when Newt is sleeping hard and the tip of his tongue is sticking out. Silly boy.