I’m out of town ’til Sunday, but because I love you all, I made sure I had an entry for today (I’ll be back Sunday, Monday’s post will go on as scheduled unless there’s Weather and I’m unexpectedly stuck at the airport or something.) If by some chance Kate goes into labor (she better NOT) before I get back on Sunday, I’ll post over at the Love & Hisses Facebook page, which you should be able to see even if you don’t have Facebook (if I’m wrong about that, please let me know.) I’ll only have my iPad with me, and haven’t figured out how to post here using it, so that’s why we’re stuck with Facebook as an emergency backup.

The last of the Lilybet, Batman & Robin, and Kennebec/Lunk pics! 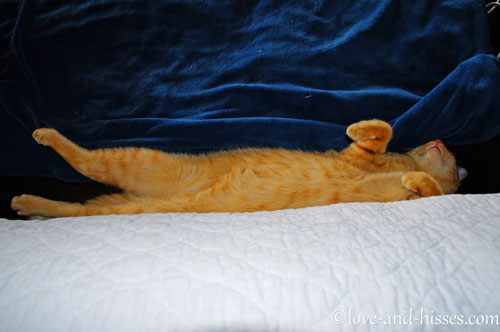 It’s hard to tell from this picture, but I was standing behind the couch, aiming down at Lunk, who was dead to the world. 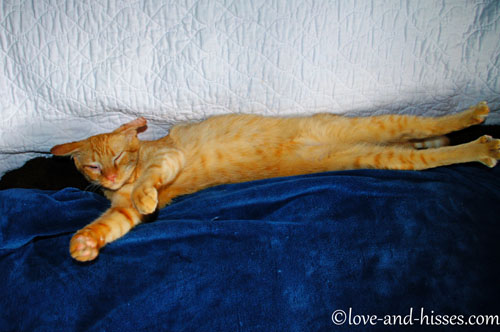 Then I moved around to the front of the couch, which woke him up, and he stretched and shook his head, thus the explanation for the ears looking like that. 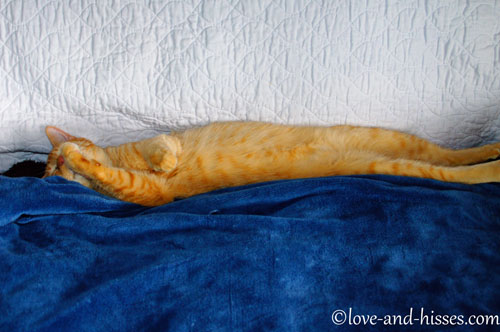 And then it was bathtime.

I love how those pictures make him look so small. He is SO not a small cat – he weighs 11 1/2 pounds! 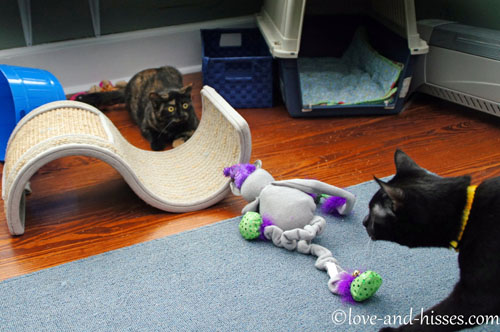 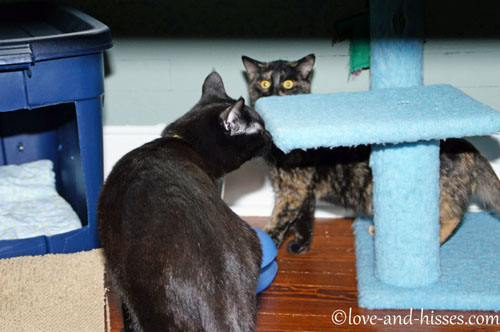 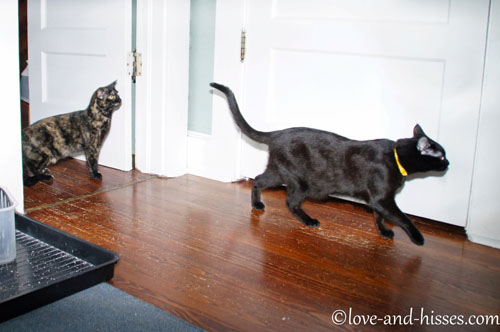 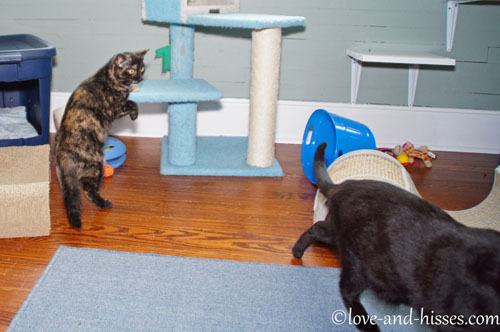 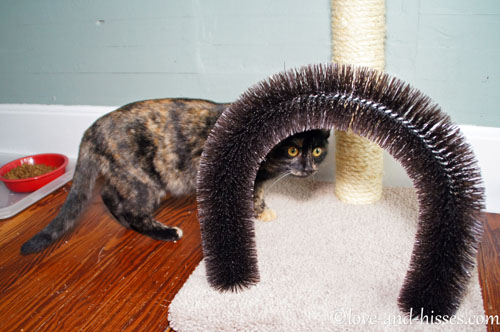 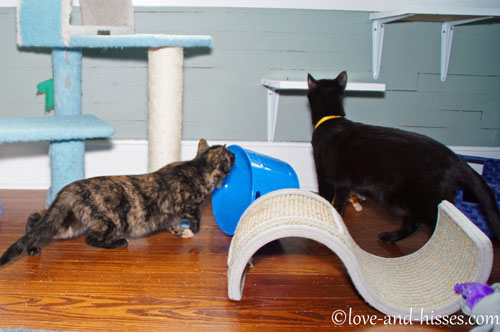 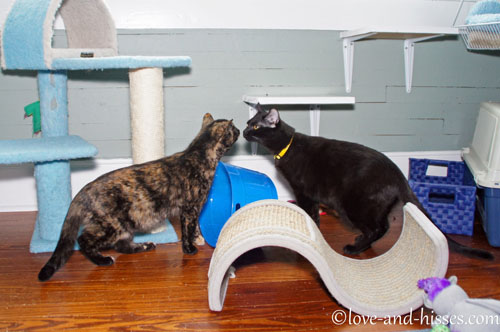 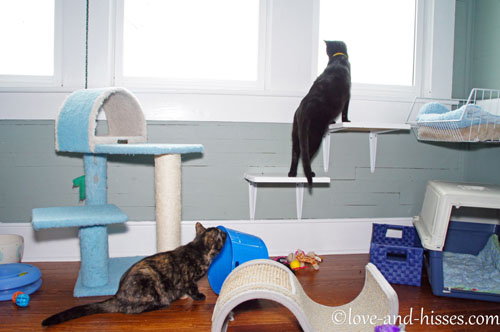 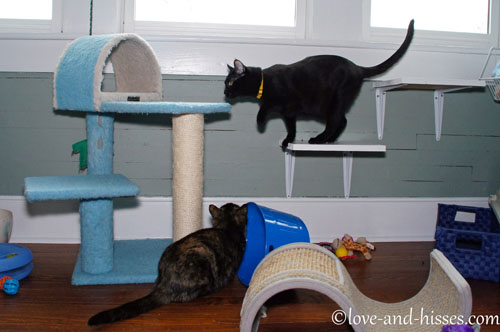 Okay, so there was a little bit of hissing when Lilybet first saw Robin, but then she started following him around, staring at him, sniffing every spot in the room where he’d been. She reacted much more strongly to Kennebec, who walked right in, marched up to her, and sniffed her vigorously. She hissed, smacked him, and told him to mind his manners. RUDE. 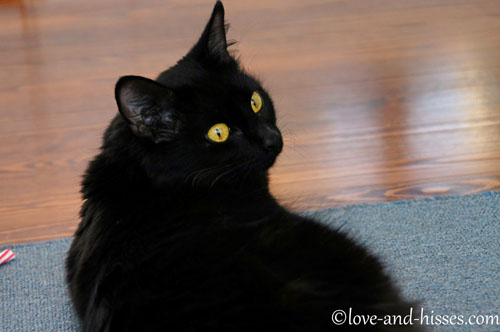 I’m telling you, girlfriend, you had BETTER not have those kittens while I’m gone! 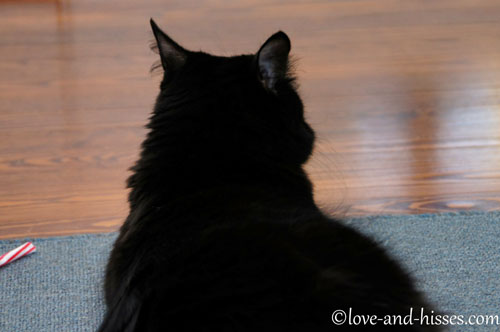 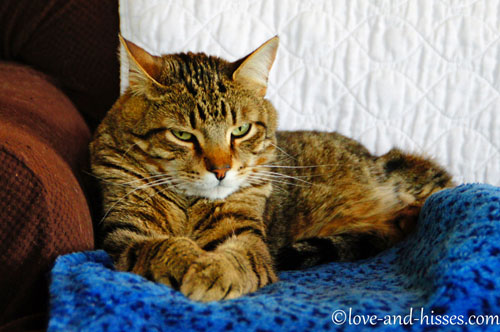