Today’s pictures are totally random. Some have been sitting in my “Shady Cove” file where I toss pictures that are of the back yard or something in the house that I want to share at some point and just never got around to sharing. Probably pictures for the next few weeks will be a random mixture, since we’ve got no kittens at the moment. I don’t think I ever shared this, but I used this picture of Francois to make a watermark that I thought I might put on pictures, but if I leave it big it (obviously) obscures too much of the picture I’m watermarking, and if I make it too small, you can’t really see it. I did put it on the back of the Les Chatons and Half Pint cards. Just looking at it makes me smile. Oh, that boy. Top 9 pics on Instagram in 2019 (I’m not sure how they determine that, since there’s most of a month left to the year, but whatever.) You can click on the picture to see it larger over at Flickr. Don’t ask me to find the original pictures and link to them, that would take forever (I expected to see more Half Pints pics, honestly.) I got a Groupon several months ago for Printerpix, wherein I could print a picture (actually, it was for three pictures) on metal. I ordered this picture of Stefan in the prairie bonnet, and Fred liked it so much he had me hang it in his office. I also printed this bee butt picture, which I took when we lived at Crooked Acres. I love the way it came out.

(I apparently haven’t taken a picture of the third picture I had printed – a shot of the moon, also taken while we lived at Crooked Acres.) 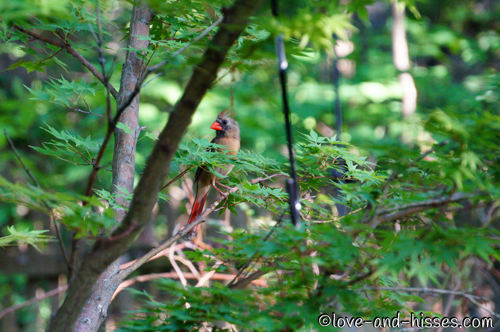 Pretty female Cardinal in the back yard. 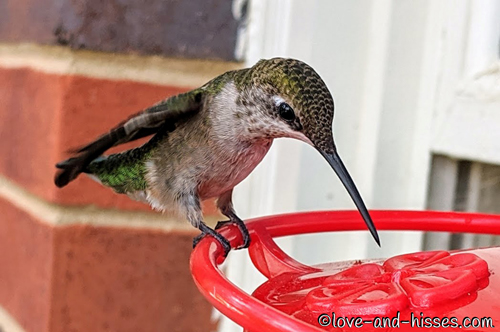 Fred took this picture in September. I love hummingbirds. 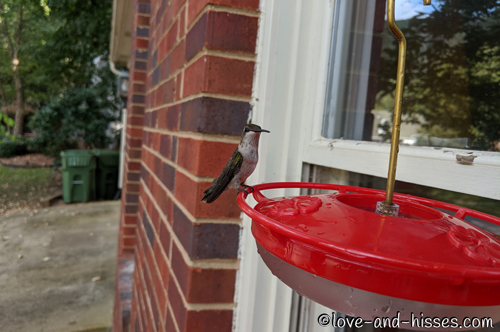 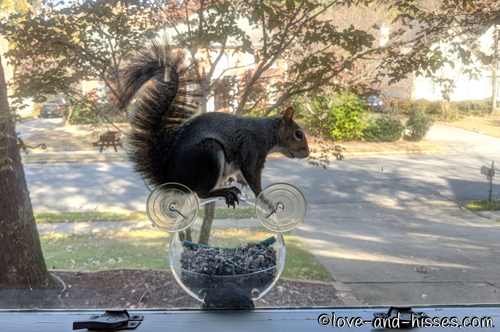 Earl the Skwerl with attitude. 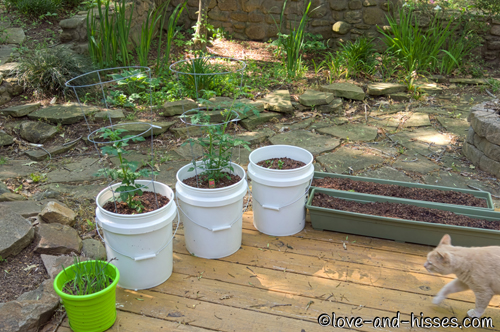 This picture must be from the summer of 2018 because after that summer I didn’t try to grow romaine again (we don’t get enough sun in the back yard during the summer), and that’s Stefan checking things out. Awww, Stefan. 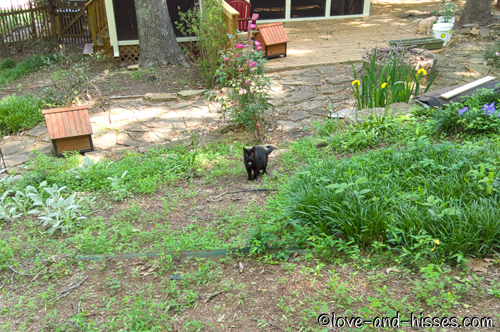 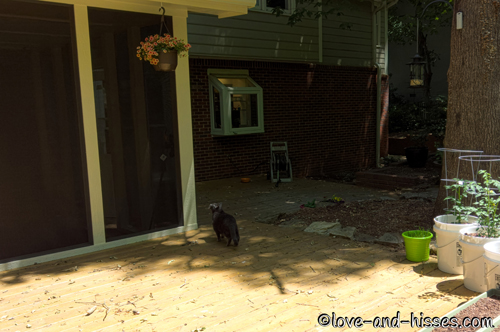 Again, early summer (possibly even spring) of 2018, because while we still have Jake (who is in the middle of the picture checking out the hanging flowers), I learned that flowers don’t do well hanging from the screened porch because they get no sun at all except for the most brutal mid-day sun, and the flowers I’ve tried aren’t happy with that treatment. Also, the tree on the right side of the picture has been cut down (it was in rough shape.)